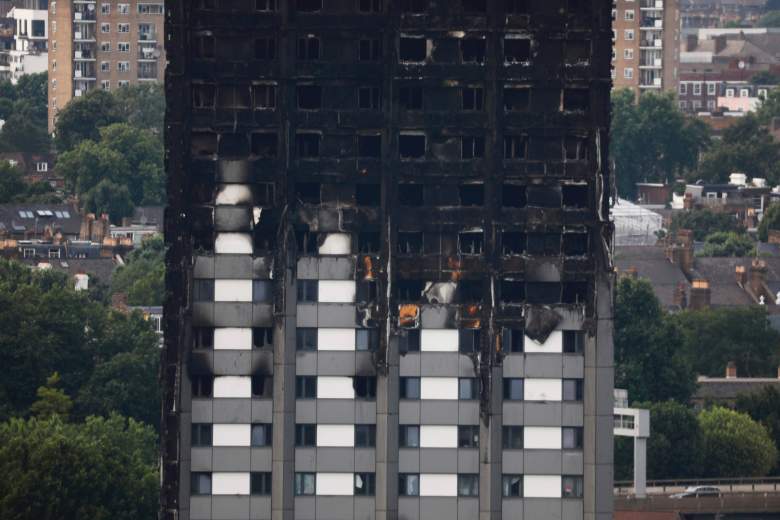 Authorities in London released chilling video from inside of Grenfell Tower after a massive fire destroyed the London housing unit June 14.

The video offers the first view from inside of the charred 24-story public housing unit after the blaze left at least 58 people unaccounted for and presumed dead. So far, 30 people have been confirmed dead by police, and they said that the number was expected to increase.

Watch the video that was released by police below:

After police released the footage, London Police Commander Stuart Cundy said that some victims may never be identified in the tragedy.

The conditions due to the fire damage verge on indescribable, which is why this will be such a lengthy operation taking weeks to complete,” he said. “We must also prepare people for the terrible reality that some people may not be identified due to the intensity of the fire.

Sadly that work leads me to believe that the number of people missing, but as yet unaccounted for has risen from 58.

Emergency units responded to reports of the massive blaze at around 10 p.m. EDT on June 14. Hundreds of firefighters responded to the scene to control the fire, but it continued to burn for upwards of 24 hours.

It was initially feared that 600 people were in the unit at the time of the fire, and 65 people were rescued by firefighters. The search for victims of the fire was stopped as the building was deemed unsafe to enter, but they resumed the search hours later to attempt to rescue those who may be in danger.

Early reports said a refrigerator may have exploded on the fourth floor of the complex, but that wasn’t confirmed by investigators. An official cause of the fire is currently unknown.

The “inadequate” response time by firefighters has been criticized by many.

London Mayor Sadiq Khan criticized the safety instructions given to those in the housing unit, saying that people were told to stay in their homes until they could be rescued by firefighters.

U.K. Prime Minister Theresa May said that families that were left homeless as a result of the massive fire would receive at least 5,500 pounds (about $7,000 USD) to assist them as they try to rebuild.

“As we continue to respond to the needs of the community, our focus is on ensuring that all of those affected by this unimaginable tragedy get the right support as quickly as possible,” May said in a statement to news media.