Hugh Hefner has died at 91. Playboy says the founder passed away peacefully at his home on Wednesday, with loved ones at his side.

Over the course of his accomplished life, Hefner was married three times– first to high school sweetheart Mildred Williams, then to former Playmate of the year Kimberley Conrad, and finally to 31-year-old Crystal Harris. He is survived by four children– three sons and one daughter. His eldest son, who managed to remain largely out of the spotlight despite his famous name, is David Hefner.

Here’s what we know about David Hefner:

1. He Reportedly Owns His Own Computer Consulting Company

With my son David Hefner before dinner http://t.co/B0uJ3TmK

David has stayed away from the media and the celebrity lifestyle his father was known for, so it’s no surprise that there are differing reports about his occupation.

While some reports suggest David owns his own computer company, others say he is an independent film computer graphics specialist.

In 1989, Hefner married model and actress Kimberley Conrad, who was Playboy’s Playmate of the Month in January 1988, and Playmate of the Year in 1989. Together, the couple had two children: Cooper, 26, and Marston, 27. Hefner and Conrad separated in 1998, but did not officially divorce until 2010.

Cooper is currently the Chief Creative Officer at Playboy Enterprises.

3. His Mother Was Mildred Williams

David’s mother was Hugh’s first wife. She was also his college sweetheart. The two married in 1949 and divorced in 1959.

Hefner was open about the fact that Mildred was his first sexual experience. In a 2007 UK Daily Mail interview, Hefner said, “I had literally saved myself for my wife, but after we had sex she told me that she’d had an affair. That was the most devastating moment in my life. My wife was more sexually experienced than I was. After that, I always felt in a sense that the other guy was in bed with us, too.”

A Hollywood Reporter article discusses the alleged infidelity, writing, “Hef’s first real heartbreak came prior to tying the knot, when Williams admitted to engaging in an affair during his time in the Army. In an attempt to lessen her guilt and save their relationship, Williams allowed the future mogul to become involved with other women during their marriage.”

4. He Is Perhaps the Least Known of Hefner’s Four Children

David has maintained an extremely low profile over the years. Unlike his siblings and half-siblings, he has not made headlines or become involved in his father’s company.

Sending love to the @playboy family and community. Hugh Hefner was an iconic man of our time. pic.twitter.com/DYaAxgKIzf

According to IMDB, Mildred Williams married a man named Edwin Gunn after divorcing Hefner. Gunn reportedly adopted Christie and David, “but the children changed their names back to Hefner after Mildred and Gunn separated.”

5. His Sister Is the Former Chairman and Chief Executive Officer of Playboy Enterprises

In 1982, Hefner named David’s older sister, Christie, President of Playboy Enterprises. In 1988, she was made the chairman of the board and CEO of the company. Although Christie excelled in her position, she stepped down in 2009, saying that President Barack Obama’s election had inspired her to do more charitable work. Christie’s time with Playboy makes her the longest serving female chairman and CEO of a US public company.

Christie made it a personal goal to elevate women in the workplace. Speaking to The Street just last month, she said, “I was very fortunate because it was even harder for women to get ahead then and so, candidly, I capitalized on that and was able to attract incredibly talented women who felt they couldn’t go any further in the companies they were working for… When I left [in January 2009] over 40% of my executives were women.” 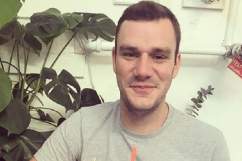 Loading more stories
wpDiscuz
0
0
Would love your thoughts, please comment.x
()
x
| Reply
David Hefner is the eldest son of Hugh Hefner. Here's what you need to know about him.