Tonight is the season 2 finale of AMC’s Preacher, and fans are wondering if they can expect Jesse Custer to return. No decision has been made regarding whether or not the AMC series has been renewed, however, according to NOLA.com, producers have filed paperwork to shoot the third season in Crescent City. The network has not yet confirmed whether this is true.

Nola.com writes, “The filing with the Louisiana film office shows pre-production on Season 3 is slated to start in early November. Principal photography would begin Jan. 5, 2018.”

Everyone’s getting dressed up for the season finale of #Preacher tonight at 9/8c. pic.twitter.com/9JMfXhDxph

Last year, after it was announced the show had been renewed for season 2, AMC president Charlie Collier said, “‘Preacher’ is a special television program and we’re eager to share with fans the rest of this wild first season and, now, an expanded second season. What Sam [Catlin], Seth [Rogen], Evan [Goldberg] and the entire creative team have achieved in bringing Garth Ennis’ graphic novel to the screen is extraordinary. We look forward to more time with these unforgettable characters be it in Heaven, Hell, Texas or beyond.”

This post will be updated once the decision to renew or cancel Preacher has officially been made. 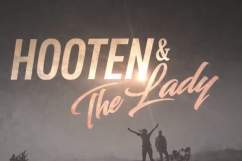 ‘Hooten & the Lady’ Renewed or Cancelled: Will Hooten and Alex Return for Season 2?

Loading more stories
wpDiscuz
0
0
Would love your thoughts, please comment.x
()
x
| Reply
Has 'Preacher' been renewed for another season? Get the details here.