Those who’ve binge-watched Narcos Season 3, entranced by its focus on the bloody and powerful Cali Cartel, have been wondering where Season 4 will be headed. After all, Seasons 1 and 2 focused on drug lord Pablo Escobar, but the Colombian outlaw was barely featured in Season 3 at all.

For its part, the Cali Cartel met a bitter end by the Season 3 finale.

That’s by design; the show’s creators have been open about the fact that they named the show Narcos, instead of “Escobar,” so that the narrative could outlive his real-life death. It’s a show about cocaine, not one man. It’s been following a real-life trajectory.

Back to Season 4: There are increasing signs that the show will focus on the Juarez Cartel and its chieftan, Amado Carrillo, and his brother Vicente Carrillo Fuentes. There’s tons of fodder there for another season, and it’s likely the show will back up in time. Season 3 did feature a meeting between the Juarez head and Cali Cartel’s Pacho Herrera, and it ended with a scene from the Rio Grande and Javier Pena’s DEA agent conversing with his father about Mexico. Furthermore, a location scout for Narcos 4 was murdered shortly after Season 3’s premiere, and he was scouting locations in Mexico for the fourth season.

In an interview with Heavy, Pêpê Rapazote, who played one of the Cali godfathers in Season 3 (Jose “Chepe” Santacruz Londono), said that he thinks the show will “go back in time” for Narcos Season 4 and will “focus on the early days of Mexican cartels, Juarez.”

Where does that leave the possible inclusion of Joaquin “El Chapo” Guzman in a Season 4? He was already a player in Mexican cartels by the time the real-life Cali godfathers met their downfall. In fact, he was a rival of Juarez, and the body count rose as a result.

There is not a release date yet for Season 4, but the show is returning for a fourth season. The Hollywood Reporter reported in September 2016 that it had been renewed for two additional seasons at least. Pedro Pascal, who plays DEA agent Javier Pena, did recently broach the possibility that the show could deviate to Afghanistan instead of Mexico, but that seems highly unlikely due to the murder of the location scout.

Narcos Season 4 location manager Carlos Munez Portal was slain in September 2017, and his death exposed that series 4 was going to be, at least in part, based in Mexico and that El Chapo’s rival, Juarez, may be the key focus.

GettyThis July 10, 1993 file photo shows Mexican Joaquin Guzman Loera, aka El Chapo, at La Palma prison in Almoloya of Juarez. Guzman Loera, who escaped from prison in 2001, is part of the Sinaloa Federation and was considered by Forbes magazine as the most powerful criminal in the world.

According to El Pais, a Spanish-language daily newspaper, Carlos Muñoz Portal, 37, “was killed Monday (September 11) in a rural area of ​​… Mexico, a violent region in the center of the country, while looking for locations for the filming of the Narcos series by Netflix, which will arrive in Mexico in its fourth season. Muñoz was a seasoned veteran filmmaker to find filming locations for the major US film productions working in Mexico.”

The Spanish-language newspaper added that “Production will soon portray the Cartel de Juárez, an organization headed by Amado Carrillo, better known as El señor de los cielos.” The newspaper added that there are fears that Netflix will shoot the series somewhere other than Mexico because of the violence. You can read more about Munoz’ death here.

As for El Chapo, he rose through the ranks of the Guadalajara Cartel, which evolved into his drug empire, Sinaloa, according to a Chicago Tribune timeline of his life. The deadly Juarez cartel was his rival; the blood feud between Sinaloa and Juarez cartels drove up the body count; “in 2010, more than 3,000 people were killed during a bloody turf war between the local Juarez cartel and its rival the Sinaloa Federation,” CNN reports. It’s not clear at which point in the Mexican story Season 4 would begin, but it’s likely to back up to show the growth of the Mexican drug market. El Pais says that Carrillo will be played by actor José María Yazpik. He already made a bit appearance as the drug lord in Narcos Season 3, foreshadowing a fuller exploration of the character, although this has not been confirmed by Netflix or the showrunners themselves.

Al Dia spoke to Yazpik about his portrayal of Amado Carrillo, saying that in taking on “one of the most powerful narcotraffickers in Mexico’s history,” the actor tried “not to make a caricature” but rather to “keep him credible and tone him down a bit.”

In the interview, Yazpik argued, “the war against drug trafficking is a serious mistake,” adding, “it’s not something which you can fight and defeat, it’s something with which you need to negotiate.”

Who was Amado Carrillo Fuentes? His dramatic real life story is perfect for Netflix.

According to CNN, the Juarez drug lord was known as the “Lord of the Skies” for “his pioneering use of jetliners to ferry cocaine,” and he died “while recovering from plastic surgery and liposuction in a Mexico City maternity clinic. Police believe the surgery was designed to change Carrillo Fuentes’ appearance in an effort to help him evade capture.” He’s a lesser known figure to the American public than El Chapo, though, but Season 3 showed that sometimes the fresher characters (in that case the Cali godfathers) can be the most interesting.

Carrillo was worth over $25 billion and “used high-tech surveillance devices during his reign as Juarez Cartel head in order to spy on other cartel leaders. He had the idea to move his industry to the United States because he was so powerful,” according to Crime Museum.org.

After Amado Carrillo died, his brother, Vicente Carrillo Fuentes, “The Viceroy,” inherited “the gang’s leadership in the border city of Ciudad Juarez,” reported Vice News. He was arrested in 2014. “Vicente Carrillo Fuentes, the longtime leader of the Juarez cartel wanted in the United States on a reward of $5 million for his role in the worst of Mexico’s drug war violence, has been arrested,” Vice News reported then.

“Formed in 1970, the Juarez cartel became one of the principal drug-trafficking organizations in central northern Mexico, transferring drugs successfully across the border into El Paso for years before locking itself into a bitter struggle with the Sinaloa cartel for control of the key trafficking point to the US,” Vice News reported.

The show is likely to stream in September or August of 2018, unless its production is derailed and pushed back further because of the scout’s death, which is possible. “The first season landed on August 28th, 2015, the second on September 2nd, 2016 and the third on September 1st, 2017. Given this schedule, it’s most likely that it’ll arrive on the first Friday (Friday is when Netflix releases its originals) of September 2018 which just so happens to be September 7th, 2018 or it could release on August 28th, 2018,” reports What’s On Netflix. The cast for season 4 is not announced, but it’s likely to introduce new characters, following the trend of season 3.

It’s likely that Javier Pena won’t be the core DEA figure in future seasons of Narcos. In real life, Pena did continue working for the DEA for decades, but he was posted in Puerto Rico, Texas and Colombia again, according to Biography.com. Not Mexico. He retired from the DEA in 2014.

“From the beginning when we decided to call the show Narcos and not Pablo Escobar, I had always had in mind to tell the continuing story of cocaine,” showrunner Eric Newman told The Hollywood Reporter.

The Hollywood Reporter asked Newman if season 4 would continue the story of Colombia and the Cali Cartel or move on to Mexico and El Chapo (but that misses the complexity of Juarez and other cartel rivalries in that country). In 2016, he told the entertainment site that this was not yet determined. He pointed out that El Chapo was already involved in drug cartels in 1985, when season 2 ends. However, the Cali godfathers met their end by Season 4’s finale. Thus, the stage is set for Mexico. “While season 3 would feature Cali cartel and their sophisticated network, the next season is believed to be the Mexican cartel,” reports itechpost. This has not been definitively confirmed by the show’s creators, however.

El Chapo is escorted by Marines as he is presented to the press on February 22, 2014 in Mexico City. The Sinaloa cartel leader – the most wanted by US and Mexican anti-drug agencies – was arrested by Mexican marines at a resort in Mazatlan, northern Mexico. In July 2015, he escaped from prison.

The series would have to back up in time if its creators decide to truly sketch out the rise of Mexico’s Sinaloa cartel. According to a timeline of El Chapo’s life, Sinaloa grew out of a faction of the Guadalajara Cartel in 1989; in 1993, a Mexican cardinal was mistakenly killed in an airport shootout by rivals of Guzman who thought it was him. By 1995, Guzman was in prison, but he soon escaped – in a laundry cart no less. It’s hard to imagine the series skipping something as dramatic as the shooting of a cardinal, so it’s possible it will back up a few years and show Guzman’s rise to power, and the conflicts with Guadalajara, with Cali drug lords making bit appearances, giving the show enough fodder and timeline left for at least a season 5.

“Cali was the cartel that really utilized the smuggling routes through Mexico and the Mexican heroin smugglers who were already incredibly successful. They very much got the Mexicans into the cocaine business, so there is sort of a natural evolution there. As to whether or not I would move directly into Mexico, it’s certainly a possibility,” Newman said to The Hollywood Reporter.

Asked about the show’s future, Newman told CNN, “We plan on stopping when cocaine stops.” And we all know that hasn’t happened. 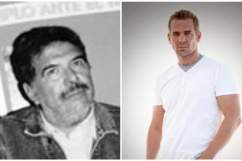 Loading more stories
wpDiscuz
0
0
Would love your thoughts, please comment.x
()
x
| Reply
There are increasing signs that Narcos Season 4 will likely focus on the deadly Juarez cartel and the drug lord Amado Carrillo Fuentes. Learn more about the season 4 release date and plot.