A woman who has previously said she was having children with Fetty Wap and Chief Keef, now says Cardi B’s man is her latest baby daddy. Amid the allegations that Offset, of Migos fame, cheated on Cardi B with the apparent release of sex tape, Celina Powell has come forward to say she is pregnant with Offset’s baby. According to Instagram screenshots captured by TMZ, “These past few months have been a complete mess, but I finally found enough strength to open up about what’s going on. Yes I am expecting and yes she is a girl. My whole life is changing and right now it’s definitely for the better.

Powell continued, “I’m not sure what the future holds, but I hope [Offset] and I work on this out for the sake of Karma Lee Cephus. I know y’all like ‘this bitch done faked hella pregnancies’ but this time there’s NOOO doubt. I can’t wait to meet you my angel.”

1. Powell Has Been Issued a Cease & Desist Letter From Cardi B’s Lawyers

TMZ reports that Offset is telling his lawyers and Cardi B that he has never met Powell. That TMZ report notes that Powell has allegedly claimed in the past to have been pregnant by Chief Keef and Fetty Wap. Powell noted this on Twitter writing about her pregnancy, “I know y’all like ‘this bitch done faked hella pregnancies.” The TMZ article continues to say that a video going around showing Powell and Offset facetiming, was a prank from Powell after she got his number.

Oop!! #Offset has officially served #CelinaPowell for false allegations— (The girl that accused him of being the father of her ?)

In a cease and desist letter sent by Offset’s lawyer, Manatt, Phelps and Phillips, that was obtained by TMZ, the rapper denies that the child is his. Offset also alleges that Powell said she would abort the child in exchange for $50,000. The letter says that Powell could face further legal action if she continues to make allegations.

Powell continued to talk about Offset on Twitter saying, “At the end of the day, I’m still going to go thru this pregnancy by myself. I wish things were different but that’s exactly why my child’s name is KARMA. But I’ll nevaaa leave your side baby, unlike your daddy.”

According to her Facebook page, Powell is a native of Denver, Colorado, where she attended Wheat Ridge High School. On that page, Powell writes in her intro, “Stalk me, I like it.” Powell also goes by the name Celina Yzaguirre.

3. Powell Has Been Referred to as ‘The Black Widow’

Powell has been known by the nickname, “The Black Widow,” in social media circles. She appeared under the moniker in an interview with KSAM in Denver. There, Powell discussed how she ended up hooking with Offset after a show in the city. Powell added that she has his cell phone number and Snapchat so that she could prove to Cardi B that the pair had legit hooked up.

Celina the #BlackWidow is at it again with #Ferrari! I guess he's moved on from #BlacChyna ?

Chief Keef has said on Twitter about his relationship with Powell, “All she did was suck my c*** a couple times.” 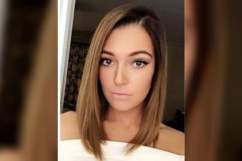 4. Waka Flocka Allegedly Had to Get a Restraining Order Against Powell

In January 2015, Waka Flocka Flame got a restraining order against Powell because he says she was stalking him.

5. Cardi B Previously Said She Was ‘Overwhelmed’ by the Offset Cheating Video

As the rumors spread across the Internet about Offset’s infidelity, Cardi B took to Instagram in an impromptu live video. During the clip, Cardi B told his fans, “I’m not even going to lie to you guys. I’m not going to be acting like ‘Yeah, I’m fine’ this and that. I am fine I was just a little bit overwhelmed, you know, that somebody would try to do something malicious, trying to expose s**t during the holidays… If I did something bad to somebody and that was my karma then I guess that’s my karma.” Woah! We have to admire her bravery and humility!”

Loading more stories
wpDiscuz
0
0
Would love your thoughts, please comment.x
()
x
| Reply
A woman who has previously said she was having children with Fetty Wap and Chief Keef, now says Cardi B's man is her latest baby daddy.