Morgan Corey and her 12-year-old sister, Sawyer Corey, were the subject of an intensive search in Montecito, California, after they were reported missing following the mudslides that devastated the area. Tragically, the coroner has now identified Sawyer Corey as among the dead, and her sister’s body was recovered on January 13.

Their mother and Sawyer’s twin, Summer, were also missing, but social media accounts said those two were found and are in the hospital. Morgan Corey was 25-years-old.

The mudslides, which swept away homes, have led to a growing number of deaths in Montecito, but family and friends were clinging to hopes that Morgan and Sawyer will be found alive as rescue efforts remain underway. Tragically, they did not get the news they were hoping for about either Corey.

Breaking News: Montecito mudslide death toll rises to 19. The body of 25-Year-old Morgan Christine Corey was found this morning. The 101 is still swamped with mud and debris, clean-up continues. Caltrans doesn’t know when the freeway will reopen. 5 people are still missing. pic.twitter.com/yMZ5zPIKEn

Sawyer and Morgan Corey still missing. Mother Carie in ICU. 3rd daughter Summer was found and in ICU but not looking good, heart has stopped twice. Please continue to look and pray for these women ? I will continue to update as news comes in#MontecitoFlood

People shared missing persons’ photos of the two girls. There was a third girl missing for a time too. A relative wrote on Facebook: “To anyone in the Montecito area, please keep an eye out for my 3 cousins: Summer, Sawyer, and Morgan Corey. They are currently missing from their home on East Valley due to the flash flood late last night. My aunt Carie was found and currently in intensive care at Cottage Hospital. Please keep them in your thoughts and prayers and message me if you know anything.”

On January 10, 2018, the same relative wrote in an update: “My heart is aching. My cousins Sawyer and Morgan Corey are still missing from their home due to the Montecito flash flood that occurred late Monday night. Please share and help bring these angels home.”

A friend tweeted, “Sawyer and Morgan Corey still missing. Mother Carie in ICU. 3rd daughter Summer was found … Please continue to look and pray for these women ? I will continue to update as news comes in.” The social media accounts were not confirmed by authorities, who had not yet released names of those missing.

The tragic news on Sawyer was made public on January 11 when the coroner listed of those who died in the mudslides. You can learn more about the other victims here: 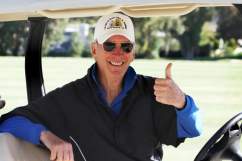 2. A Friend Was Out With a Shovel Looking for the Girls After Their House Was ‘Swept Away’ While They Slept

According to The Los Angeles Times, “With a shovel in one hand, a man who asked to be identified only as Mikey smoked a cigarette and then started shoveling mud and debris from the intersection.” He was looking for the Corey girls, the newspaper reported.

“He had been out since 5 a.m looking for his girlfriend’s missing sisters: Morgan and Sawyer Corey. He said their house, located roughly a half mile away in Sycamore Canyon Road, had been swept away,” The Times reported, quoting the emotional man as saying, “They are good people. I’m hoping to find them.”

UK Daily Mail reported that the girls are sisters: “The sisters were asleep in their home with Sawyer’s twin sister, Summer, and their mother, Carie Baker, when the mudslide hit,” the British news site reported.

3. People Filled Social Media With Prayers That the Girls Would Be Found

Friends filled the comment thread of the girls’ cousin with prayers and well wishes as news spread. ” Praying for all of you. Keeping Carrie and her girls in my heart and not giving up hope that they will all be found. ??????,” wrote one woman.

“My heart is aching and prayers lifted up for these beautiful girls,” added another. Their aunt also posted, writing, “Please find these beautiful young ladies. My heart is broken and feeling so sad. These are my step brothers girls my nieces bring them home safely please.”

Among those sharing information about the girls: Actress Sarah Paulson; Daily Mail wrote that she “joined the search effort, sharing a picture of the girls after one of the assistant directors on American Horror Story told her they were missing.” Nicole Burke, the assistant director who is Paulson’s friend, wrote on Twitter, “My friends daughters are missing! Please help find them. A mudslide devoured their home at 3am. Sawyer (12) Morgan (25).”

4. At Least 19 People Have Died in the Mudslides

#mudslide "Emergency personnel evacuated residents and their dogs after a mudslide in Montecito, Calif., on Tuesday. At least 13 people were killed pic.twitter.com/u9IDOKuRNs

Morgan Corey’s death brings the toll to 19 from the mudslides. The Montecito mudslides brought horrific scenes of devastation as homes were literally swept away. According to The Los Angeles Times, the death toll stood at 15 people on January 10 and people died from “a massive debris flow that buried homes and cars under a torrent of mud and boulders.” The number of deaths increased to 17.

Rescue operations were still underway, the newspaper reported, adding that “about 300 people remained stuck in their homes in Montecito’s Romero Canyon neighborhood and throughout the debris field, where authorities planned to launch helicopter rescues at daybreak.”

Authorities told CNN that it’s not clear exactly how many people are missing. Some rescues were hampered by debris, making it hard for rescuers to reach people who were needing help, according to CNN. Of course, that also raises hopes that some of those missing might end up being found.

The mudslides struck an area still reeling from the California wildfires. “Heavy rains early Tuesday caused rivers of mud and debris to run down from hillsides in Santa Barbara County, demolishing homes in the seaside community of Montecito. The rainfall came just weeks after a massive wildfire stripped the landscape of vegetation that might have made the area more flood-resistant,” CNN reported.

Thanks everyone for your prayers and concern. My property is fine.Some mud , and minor damage that pales in comparison to what my neighbors are going thru. #mudslides??

Oprah Winfrey, who has a mansion in Montecito, posted a video of the devastation. “Thanks everyone for your prayers and concern,” Oprah wrote on Instagram. “My property is fine. Some mud, and minor damage that pales in comparison to what my neighbors are going thru.”

Read More
5 Fast Facts, Breaking News, California, Natural Disasters
Morgan Corey and sister Sawyer Corey are missing after the Montecito, California mudslides. There are fears they could be dead as the mudslides claim victims.