A massive fire at a home in Maryland has claimed the life of a career firefighter. The Howard County Department of Fire and Rescue Services revealed the name of the fallen hero Monday afternoon: Nathan Flynn, a 13-year veteran of the department. He was just 34 years old.

The fire happened at a home in Clarksville, which is about 25 miles southwest of Baltimore. Howard County Fire responded to a call of smoke around 2AM Monday July 23rd. Officials say a lightning strike may be what sparked the flames.

The family members inside managed to escape the home. Firefighters quickly went inside to battle the flames as they grew rapidly. Around 2:20AM, Flynn fell through the floor down to the basement. It’s unclear exactly how long it took the other firefighters to reach Flynn and administer aid. But according to the Howard County Fire Department’s statement, Flynn was being rushed to the hospital about 20 minutes after he fell. The department did not specify the nature of Flynn’s injuries. His family was notified of his death around 5:30AM.

The fire has been placed under control pic.twitter.com/dWLXoPNyXB

Back at the house, the fire escalated to a 7-alarm blaze. It took firefighters more than 8 hours to get the flames under control. The department says the fire was finally put out just before noon.

Our thoughts, prayers and condolences go out to the family and friends of Howard County Firefighter Nathan Flynn, who died in the line of duty today. #HoCoPolice are offering support and any needed assistance to everyone at @HCDFRS. All #HoCoMD first responders are with you.

The president of the International Association of Firefighters Local 2000 Rich Ruehl expressed his remorse at Flynn’s death. “Our job now, is to make sure that, for his family, our brother is laid to rest with dignity. It’s also our job to take care of his family, forever. They’re ours now, and they always will be.” Local 2000 has set up a GoFundMe account to benefit Flynn’s wife and children.

The Howard County police also expressed their solidarity with the fire department, tweeting, “Our thoughts, prayers and condolences go out to the family and friends of Howard County Firefighter Nathan Flynn, who died in the line of duty today. #HoCoPolice are offering support and any needed assistance to everyone at @HCDFRS. All #HoCoMD first responders are with you.”

I have ordered the U.S. and Maryland flags to be lowered in honor of Howard County Firefighter Nathan Flynn and his selfless service to our state. The flags will remain lowered through sunset on the day of his interment. pic.twitter.com/9oHP91GEG8

Maryland Governor Larry Hogan also showed his support for Flynn and the Howard County Fire Department by ordering flags lowered to half-staff. He also tweeted, “Incredibly saddened to learn of the passing of a Howard County firefighter as he bravely worked to save others’ lives. The First Lady and I send our prayers and deepest condolences to his family, fellow firefighters, and loved ones as we mourn the loss of a hero.”

Flynn is the first career firefighter to be killed in the line of duty in the history of the Howard County Department of Fire and Rescue Services. The department also stated that the Maryland State Fire Marshal’s Office and the Bureau of Alcohol, Tobacco, Firearms and Explosives will assist in the investigation. The house has been labeled unsafe and the family will not be able to return. 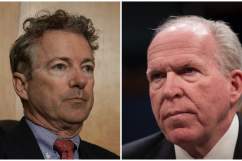