Gottfried Wilhelm Leibniz, a German polymath and philosopher, is today’s Google Doodle. July 1st would have been his 372nd birthday. In addition to philosophy, Leibniz was a pioneer in the field of mathematics, where he helped develop theories of differential and integral calculus and the early use of mechanical calculators.

“Every feeling is the perception of a truth”, Leibniz once wrote. “It is the knowledge of necessary and eternal truths that distinguishes us from the mere animals and gives us Reason and the sciences, raising us to the knowledge of ourselves and of God…”

Here’s what you need to know about Leibniz and his groundbreaking career:

1. He Discovered Philosophy by Studying His Late Father’s Library

Leibniz was born on July 1, 1646 to parents Friedrich Leibniz and Catharina Schmuck. His father Friedrich was a notary, a lawyer, and a professor of moral philosophy at Leipzig University who died when he was only six years old. According to Britannica, Leibniz attended Nicolai School as a child, but his interest in philosophy largely came from his father’s personal library, which had been left to him after his father’s death.

Leibniz enrolled at his father’s alma mater, Leipzig University, as a law student in 1661. It was during this time, Britannica reports, that he began reading the works of famous scientists like Galileo, Francis Bacon, and Thomas Hobbes, and developed an urge to combine, or “reconcile”, as he put it, the worlds of science and philosophy. Leibniz’s baccalaureate thesis, titled “On the Principle of the Individual”, was his first official attempt at doing so.

“On the Principle” focused on the existential value of the individual, and claimed that we are not to explained by matter alone, or by form alone, but by the whole being. The thesis also drew influence from various Lutheran beliefs, particularly Lutheran nominalism, which is the theory that the universe has no reality.

Leibniz completed his legal studies in 1666. He applied for the degree of doctor of law, but the Leipzig University turned him down, citing his age.

2. He Is Said to Have Developed Calculus Independently of Isaac Newton

Leibniz was a member of London’s Royal Society alongside Isaac Newton during the 1670s. It was there that Leibniz began working on the theory of differential calculus and integral calculus, which is the defined as the mathematical study of continuous change. According to The Story of Mathematics, he developed his theories independently of Newton, and was unaware that the latter was striving towards making similar discoveries.

Leibniz published his first work on calculus in 1684, and Newton published his in 1693. The confusion over who was the first to make strides in the development of calculus, and the rival claims made by both men, caused the Royal Society to investigate their findings. They ultimately decided to give credit for the discoveries to Newton, and credit for the first publication to Leibniz. The Story of Mathematics does state that Newton was the President of the Royal Society, however, and that the biased decision caused permanent damage to Leibniz’s reputation.

In addition to his work in calculus, Leibniz re-discovered a method of arranging linear equations into an array, which is now called a matrix. He also worked on the precursor to the mechanical calculating machine, or the calculator, and refined the binary number system, which is the foundation for all digital computers in the present day.

3. He Pioneered the Practice of Philosophical Optimism

In addition to his work in the field of mathematics, Leibniz was one of the first to put forth the concept of philosophical optimism. defines the concept as: “Distinct from a disposition to believe that things will work out, [it is the] philosophical idea that, perhaps in ways that may not be fully comprehended, the present moment is in an optimum state.” Leibniz wrote about the concept in his books Monadology and Théodicée, or Essays on the Goodness of God, the Freedom of Man and the Origin of Evil.

Leibniz claimed that God was an absolutely perfect being, and that people can logically conclude this since “the works must bear the imprint of the workman, because we can learn who he was just by inspecting them”. He says that God’s knowledge and power is to the highest degree, and due to his omnipotence, he had the ability to think “beyond the power of a finite mind” and chose “the best of all possible worlds” for his creation. The latter phrase has since become a popular one among philosophers, and is frequently cited as Leibniz’s most famous.

Leibniz’s optimistic worldview was criticized by many, most famously by Voltaire in his satirical novel Candide. Voltaire felt that philosophical optimism was a counterproductive theory, directly contrasting with pessimism and by extension, the notion of free will. In the book, the character Pangloss mocks Leibniz’s phrase “the best of all possible words” by repeating it like a mantra.

4. He Revolutionized the Catalogue System for Modern Libraries

Later in Leibniz’s career, he moved to Paris and accepted a position as a librarian in the Hanoverian court of Johann Friedrich, who was the Duke of Brunswick-Luneburg. It was here that Leibniz revolutionized the way that modern libraries organize and maintain their catalogue.

According to The Journal of Library History (1966-1972), he created an alphabetical author catalog and other cataloging methods that were not previously implemented in Europe, including an early form of indexing. He reportedly called upon publishers to put a registry of their titles, so that his library and the Bodleian Library at Oxford University could stay up to date with their catalogue. The latter request never came to fruition, but it later served as the basis for all English language publishers during the 20th Century.

5. He Was Buried In an Unmarked Grave for More than 50 Years

(1646 – 1716) Gottfried Wilhelm Leibniz was a German polymath and philosopher who occupies a prominent place in the history of mathematics and the history of philosophy, having developed differential and integral calculus independently of Isaac Newton. Leibniz's notation has been widely used ever since it was published. It was only in the 20th century that his Law of Continuity and Transcendental Law of Homogeneity found mathematical implementation (by means of non-standard analysis). He became one of the most prolific inventors in the field of mechanical calculators. While working on adding automatic multiplication and division to Pascal's calculator, he was the first to describe a pinwheel calculator in 1685 and invented the Leibniz wheel, used in the arithmometer, the first mass-produced mechanical calculator. He also refined the binary number system, which is the foundation of virtually all digital computers. #mindscreed #youtube #ink #mandala #think #courage #podcast #video #focus #educateyourself #photo #sacrifice #orderinchaos #nonconformist #bornfree #stayfree #tattoos #action #fearnohuman #birmingham #9 #art #deepwork #myelin #attentionresidue #GottfriedWilhelmLeibniz

Despite his groundbreaking work, Leibniz often felt that he should have done for in the fields of science and philosophy. In a letter to a close friend, he wrote:

I cannot tell you how extraordinarily distracted and spread out I am. I am trying to find various things in the archives; I look at old papers and hunt up unpublished documents…. I receive and answer a huge number of letters. At the same time, I have so many mathematical results, philosophical thoughts, and other literary innovations that should not be left to disappear, that I often do not know where to begin….

Thanks to the help of a craftsman whom I have engaged, the calculator with which one can do multiplications up to twelve decimal places is finally ready. A year has gone by; I still have the craftsman with me in order to make more machines of this type, for they are in constant demand.

By the time Leibniz died in Hanover in 1716, his achievements were all but forgotten, and he was mostly remembered for the mockery that Voltaire had made at his expense. Despite being a lifetime member of the Royal Society and Berlin Academy of Sciences, neither organization saw fit to honor his death or speak at his funeral. According to The Sun, his grave went unmarked for over 50 years.

Fortunately, Leibniz’s reputation has largely been restored. In 1985, the German government created the Leibniz Prize, which offers an annual award of 1.55 million euros for experimental results and 770,000 euros for theoretical ones.

It was the worlds largest prize for scientific achievement before the Fundamental Physics Prize, and is given to “to exceptional scientists and academics for their outstanding achievements in the field of research.” 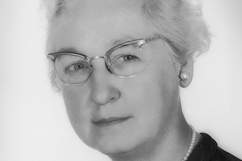