Parents are worried that a new challenge known as the Momo Challenge  — rumored to be a suicide challenge on WhatsApp — might be the successor to the Blue Whale Challenge. So far at least one teen’s suicide may be connected to this disturbing challenge that sends grotesque photos and threats to people who contact a profile on WhatsApp. Read on to learn more about the Momo Challenge and what we know about it so far.

1. The Disturbing Challenge Begins When People Contact a Momo WhatsApp Profile, Who Later Threatens to Curse Those Who Don’t Respond & Sends Terrifying Tasks

The Momo Challenge typically starts out when people add or message a Momo-associated contact on their WhatsApp. A terrifying image of a woman that is circulating on social media invites people to write to her through WhatsApp, Fox News reported. Once contacted, Momo may then threaten to appear at night or curse people who don’t respond to her repeated messages.

Users who interact with the Momo profile are sent disturbing and graphic photos. The “game” sets objectives for the users, similar to the Blue Whale Challenge, and may coerce them into following the objectives after gaining access to personal information, The Buenos Aires Times reported. La Republica suggested that the series of photos (or challenges) that Momo sends may actually be steps toward committing suicide, such as sending a photo of someone tying a sheet around their neck.

In 2019, parents began sharing that Momo had spread to Europe and some videos of Momo were allegedly appearing during Peppa Pig and other children’s videos on YouTube. You can see the videos and learn more in Heavy’s story here.

2. During the Momo Challenge, Users May Be Threatened Into Obeying Tasks & Hurting Themselves

We haven’t received any reports on this in Pasco but we merely want to share this warning that law enforcement agencies from several countries are putting out. We want to remind parents to always be aware of what their kids are doing on social media.

Sometimes users are doxxed and convinced to harm themselves or else their private information will be shared publicly, according to 9News. Other times, the app may threaten to hurt people they love in order to coerce them into doing what the app says.

Diario Popular elaborated on how this works. One father from Cutral Co claims the game threatened his 15-year-old with death. A Momo-connected profile sent the girl a picture of a dead person and threatened her home, family, and friends if she didn’t respond.

The messages can be so frightening that young teens, who don’t know better, may feel like they have to respond. Officials have said that children and adolescents need to be told not to engage in conversations with any unknown numbers, Diario Popular reported.

The WhatsApp Momo profile is a cropped image of a bird-woman sculpture that was created by Link Factory, a Japanese special effects company, according to 9News. Mirror reported that the sculpture was designed by Japanese artist Midori Hayashi, but that is inaccurate. Midori Hayashi has said on Facebook that the Momo bird is not her bird. Her bio even reads: “No soy el autor de ese famoso pajaro. I am not the author of that famous bird.”

The Momo Challenge is not associated with Hayashi or Link Factory.

The cropped image displays a disturbing photo of a woman with bulging eyes, other distorted and creepy features, and long black hair and bird legs. In fact, the photo is simplhy a sculpture of a half-woman/half-bird, as you can see in the other photos in this story.

According to KnowYourMeme, the photo itself originated from a photo that nanaakooo posted on Instagram of Link Factory’s sculpture on August 25, 2016. The sculpture was in an art gallery in Ginza in Tokyo at the time, and was part of an exhibit about ghosts and specters, BBC reported. Two other Instagram users (@ma_kimodo_shi and @j_s_rock) also posted photos of the sculpture on that day.

At some point, the photo became part of the Momo App. It gained more attention on July 10, 2018, when Reddit user AlmightySosa00 cropped a photo of the sculpture and submitted it to the subreddit r/creepy. It got 4,700 votes and 900 comments in just 48 hours. People wrote comments like, “How do you delete someone else’s post?”

On July 11, YouTuber ReignBot uploaded a video of the photos called “Exploring the Momo Situation.” This video talked about the urban legend and the WhatsApp phone number. ReignBot said it’s difficult to tie Momo down to one specific WhatsApp user, and people trying to contact connected numbers are unlikely to get a response. If they do, they’ll receive insults and disturbing images, and implications that the user knows their personal information.

4. The Challenge May Have Originated in Japan or in a Facebook Group, & It’s Very Popular in Spanish-Speaking Countries

It’s not apparent exactly where the challenge originated. According to 9News, the challenge appears to have originated in Japan, however this may just be assumed because the profile photo originates from Japan.

Mexican police have said that the game started in a Facebook group, La Republica reported. They said that members of a Facebook group were challenged to establish communication with an unknown number. Users told authorities that if you sent a message to Momo from your cell phone, it responded with violent and aggressive images.

The app has been especially popular in Spanish-speaking countries and copycat accounts have also been made. The game has been reported in Mexico, Argentina, the U.S., France, and Germany, the BBC reported.

In fact, the Momo App has almost become an urban legend of sorts. On a Reddit discussion almost a month ago, Redditor arlidem explained some of the background stories to the suicide challenge. They wrote: “Apparently a boy chatted with Momo via whatsapp (with the real number from Japan) and ‘she’ answered in spanish. Momo sent messages refering to his little sister’s doll. How did she know about the sister? And here is where people started to presume Momo can obtain your personal information using your phone number and doxxing you. But here comes the creepy part and, to me, the most horrifying. Momo “apparently” sent several images of mutilated kids. I quoted apparently because all the images are blurred, so you can’t tell if they are real or not. So i started to search everywhere I could for chats with Momo, looking for gore images but I found nothing. I’m not thinking of chatting with Momo myself because I’m afraid of getting my personal information compromised. Personally I think the gore images part is fake. Otherwise, someone would have already leaked such images, succesfully obtained from Momo, making this go even more viral than now.” [sic]

Others comments that they believe Momo is more about acquiring personal information and perhaps installing spyware, rather than threats. Redditor jul10bcn wrote: “A student of mine did this yesterday and after receiving some gore images, insults and dead threats through WhatsApp she covered her face with her hand while holding her phone and she immediately received a message saying ‘stop covering your face with your hands.’ So this proves to me that they have installed spyware on her phone.”

5. At Least One Suicide May Be Connected to Momo, Possibly More

Authorities in Argentina issued a warning to parents after a teen’s death was possibly linked to Momo. A 12-year-old girl committed suicide in the district of Escobar, in the town of Ingeniero Maschwitz. Her death may be connected to the challenge, Fox News reported.

The 12-year-old girl committed suicide by hanging herself from a tree in her family’s back yard, The Buenos Aires Times reported. She filmed her activities on her phone just before committing suicide. Authorities think that someone encouraged her to take her life, and are investigating an 18-year-old that she may have met on social media.

A police statement reads: “(Her) phone has been hacked to find footage and WhatsApp chats, and now the alleged adolescent with whom she exchanged those messages is being sought.” Police also said they believe the teen intended “to upload the video (of her suicide) to social media as part of a challenge crediting the Momo game.”

An 11-year-old boy’s death in Zapala might also be connected to the game, Diario Popular reported, without elaborating.

Authorities are warning that the “game” may be linked to hacking and privacy concerns.

A WhatsApp spokesperson told Fox News that people should block phone numbers connected to Momo. “WhatsApp cares deeply about the safety of our users. It’s easy to block any phone number and we encourage users to report problematic messages to us so we can take action.” 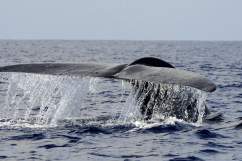 Loading more stories
wpDiscuz
0
0
Would love your thoughts, please comment.x
()
x
| Reply
What is the Momo Challenge? Find out how it works, if people have really died from it, and the origin of that terrifying photo.