Getty Mac Miller's ex girlfriend Nomi Leasure was one of his most significant relationships.

Mac Miller was found dead from an apparent overdose Friday, according to TMZ. The rapper was found Friday afternoon at his San Fernando Valley home and was pronounced dead at the scene. Miller was 26-years-old at the time of his death.

Miller, whose real name is Malcolm James McCormick, was open about his issues with addiction and substance abuse in the past. He told Rolling Stone that his breakup with ex-girlfriend Ariana Grande was difficult and he struggled significantly with drug abuse at the time.

Here’s what you need to know about Miller’s struggle with addiction: 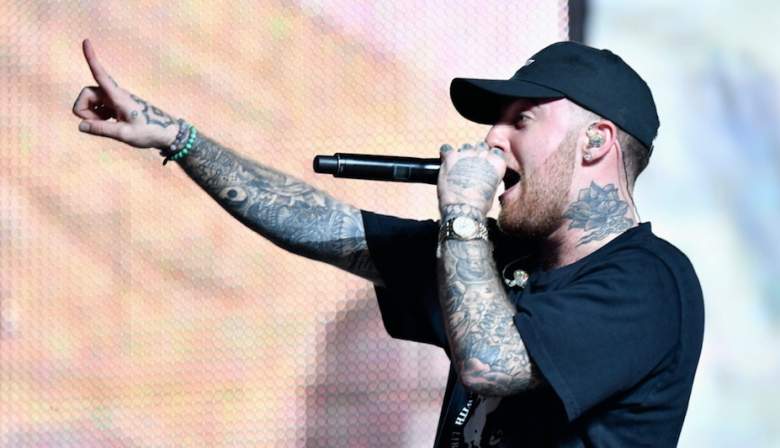 GettyMac Miller has died at 26 years old of an apparent overdose.

Miller told Rolling Stone that he used promethazine and cocaine often, specifically after the release of his 2012 debut album Blue Slide Park. However, he didn’t consider himself an addict at the time.

“If a bunch of people think I am a huge drug addict, OK. Cool. What can I really do? Go talk to all those people and be like ‘Naw man, it’s really not that simple?’” he told Rolling Stone. “Have I done drugs? Yeah. But am I a drug addict? No.”

Although he talked about his struggles with drug addiction, he also claimed he was in a better “headspace,” recently, according to the publication. He told Rolling Stone that he was working out every day and was slowly returning to the social media and interacting with the world again.

He Started Abusing Drugs When He Was Just 15-Years Old & Struggled With Abusing Lean, Otherwise Known as “Purple Drank”

Miller told Noisy that he started abusing drugs when he was just 15-years-old, and that he had a serious issue with Lean, otherwise known as purple drank or lean drink. It’s a combination of prescription-strength cough medicine (often containing high levels of codeine), soft drinks and fruit-flavored candy.

“I was just getting super fat, and I didn’t wanna be on national TV and fat, so I stopped sippin’ lean,” he told Noisy. “It ended up being better for me than just that. But that was actually the reason. “F–k, I’m gonna be on national TV, I’m a mess, I better put this cup away.’ And everyone was like, ‘There’s no way he’s gonna be able to do it.’ And I f–kin’ stopped.”

He told Noisy that it was hard to stop “sipping lean,” and he loved it, but he felt better every day that he didn’t drink it anymore. He also spoke about friends who had strokes and died from the same thing.

“I had a homie that had strokes and shit, and we didn’t know if it was because of lean,” he told Noisy. “I wouldn’t be surprised. Drugs are dangerous, dude. But they’re awesome. Just dangerous. Drugs are not like a new thing. Especially with me, I’ve been doing drugs since I was fifteen.”

Miller was arrested for a DUI shortly after he and Grande broke up earlier this year, and his blood-alcohol level was twice the legal limit, according to Refinery 29.

A random Twitter user tried to claim that Miller’s arrest was Grande’s fault, calling the DUI “the most heartbreaking thing happening in Hollywood,” because he blamed the rapper’s car accident on his “fraught emotional state post-breakup.”

Grande called the man out on social media for implying his arrest had anything to do with her, and for suggesting that she stay in a relationship that she considered toxic.

“I am not a babysitter or a mother and no woman should feel that they have to be,” Grande tweeted. “I have cared for him and tried to support his sobriety and prayed for his balance for years (and always will of course), but shaming/blaming women for a man’s inability to keep his shit together is a very major problem.”

READ NEXT: Burt Reynolds Cause of Death: How Did the Actor Die?

Loading more stories
wpDiscuz
0
0
Would love your thoughts, please comment.x
()
x
| Reply
Mac Miller has a long history with drug abuse, and was just starting to get his life back together before his untimely death Friday afternoon. Here's what we know.