Amidst fears of a growing coronoavirus pandemic, signs for sold out facemasks are posted in a Manhattan pharmacy on February 26, 2020 in New York City. Photo by Scott Heins/Getty Images

The Centers for Disease Control says the coronavirus has killed 11 people in the United States. Nineteen states have reported cases of the virus and 164 people have been diagnosed with coronavirus, also known as COVID-19.

The outbreak is caused by a new strain of the virus. Symptoms include fever, cough and shortness of breath. These symptoms can appear in as few as two days or as long as 14 days after exposure.

1. The New Strain of Coronavirus First Emerged in Wuhan China and Have Now Been Reported in 89 Countries

As more cases of #COVID19 are identified in specific US locations, affected communities may take actions to minimize the impact of novel coronavirus. Local communities may employ tools that encourage social distancing. Learn actions you can take: https://t.co/qbIZmiuPwQ. pic.twitter.com/EfQKxg3qO8

The coronavirus outbreak began in Hubei Province in China and has now spread to 89 countries across the globe, according to the Centers for Disease Control. The World Health Organization puts that number at more than 100 countries.

The total number of confirmed cases in China is currently 80,859 and 3,100 people have died from coronavirus there. Italy has confirmed 5,883 cases of coronavirus and has reported 234 deaths.

There have been 164 cases confirmed in the United States so far in 19 states.

President Donald Trump put Vice President Mike Pence in charge of leading a task force to help prevent the spread of the virus in the United States. Trump has downplayed the threat from the virus.

Scientists say the virus originated in China. “Many patients were potentially exposed to wildlife animals at the Huanan seafood wholesale market, where poultry, snake, bats, and other farm animals were also sold,” according to the Journal of Medical Virology.

2. Symptoms of the Coronavirus Include Fever, Cough and Shortness of Breath

According to the Centers for Disease Control, “coronaviruses are a large family of viruses, some causing illness in people and others that circulate among animals, including camels, cats and bats. Rarely, animal coronaviruses can evolve and infect people and then spread between people such as has been seen with MERS and SARS.”

Early on, many of the patients in the outbreak in Wuhan, China reportedly had some link to a large seafood and animal market, suggesting animal-to-person spread. However, a growing number of patients reportedly have not had exposure to animal markets, suggesting person-to-person spread is occurring. At this time, it’s unclear how easily or sustainably this virus is spreading between people.

This is a new strain of coronavirus that health officials have named 2019-nCoV. Those infected have had mild to severe respiratory illness with symptoms of fever, cough and shortness of breath.

Countries around the world are stepping up to fight #COVID19, implementing measures to stop & slow transmission of the #coronavirus, often in line with @WHO guidance ?https://t.co/B5Pcmwj7w0

Below are some examples of containment & preparedness measures taken by countries.

3. The State Department Has Issued Travel Warnings for Americans Planning to Visit Countries With a High Number of Cases of Coronavirus, Including Italy and China

The advisories could deliver a major blow to one of South Florida’s largest industries. https://t.co/i86AsQmwK9 pic.twitter.com/3xK4vSS7jd

The State Department issued a travel warning for China and parts of Italy.

“There is an ongoing outbreak of pneumonia first identified in Wuhan, China, caused by a novel (new) coronavirus. In an effort to contain the novel coronavirus, the Chinese authorities have suspended air and rail travel in the area around Wuhan,” the travel warning said. “On January 23, 2020, the Department of State ordered the departure of all non-emergency U.S. personnel and their family members. The U.S. government has limited ability to provide emergency services to U.S. citizens in Hubei province.” 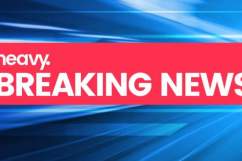 “Chinese authorities have imposed strict travel restrictions in the area around Wuhan,” the State Department said in its travel warning. “Travelers should be aware that the Chinese government could prevent them from entering or exiting parts of Hubei province. Travelers should be prepared for travel restrictions to be put into effect with little or no advance notice.”

4. The United States Has Confirmed Cases of Coronavirus in 19 States So Far

New York state now has 142 confirmed coronavirus cases, currently the most of any US state, Gov. Cuomo says. pic.twitter.com/NEMCKXqXMm

The United States has now confirmed 164 cases of Americans infected with the coronavirus. The first was confirmed in Washington state on January 21. That case “is nearly identical to the sequences posted from China,” according to the Centers for Disease Control. Another in Chicago, Illinois, was announced shortly after the first case was diagnosed.

A third case was confirmed in Orange County, California. “The person who tested positive traveled from Wuhan, China — the epicenter of the outbreak — and is in isolation and in “good condition” at a local hospital,” the Orange County Health Care Agency told CNN.

Airports are screening for the coronavirus, according to Aviation Technology.

5. Health Officials Are Rushing To Develop a Vaccine for the Coronavirus

Several drugmakers are racing to develop vaccines that could protect against the new respiratory virus originating in China, as fears mount it could spread more widely https://t.co/qPvn9MmJi1

In a paper for the Journal of the American Medical Association, Catharine Paules of Penn State University College of Medicine, Hilary Marston and Anthony Fauci of the National Institutes of Health wrote that “so far, it appears that the fatality rate of 2019-nCoV is lower than that of SARS-CoV and MERS-CoV; however, the ultimate scope and effects of the outbreak remain to be seen.”

“While the trajectory of this outbreak is impossible to predict, effective response requires prompt action from the standpoint of classic public health strategies to the timely development and implementation of effective countermeasures,” they wrote.

According to a press release from the National Institutes of Health, scientists are working on a vaccine for this latest strain of the coronavirus, but it will take some time.

“Current studies at NIAID-funded institutions and by scientists in NIAID laboratories include efforts that build on previous work on SARS- and MERS-CoVs. For example, researchers are developing diagnostic tests to rapidly detect 2019-nCoV infection and exploring the use of broad-spectrum anti-viral drugs to treat 2019-nCoVs, the authors note. NIAID researchers also are adapting approaches used with investigational SARS and MERS vaccines to jumpstart candidate vaccine development for 2019-nCoV. Advances in technology since the SARS outbreak have greatly compressed the vaccine development timeline, the authors write. They indicate that a candidate vaccine for 2019-nCoV could be ready for early-stage human testing in as little as three months as compared to 20 months for early-stage development of an investigational SARS vaccine,” NIH officials said.

Coronavirus is spreading, but if you’re in the US, you still probably don’t need a mask. In fact, health experts say they’re far from the best way to protect yourself. My latest for @businessinsider: https://t.co/8kJTrFTMWB

According to Pharmaceutical Technology, “a team of scientists in Texas, New York and China are also working on a vaccine, noted Baylor College of Medicine vaccine scientist Dr. Peter Hotez. After a vaccine is available, health care workers are likely to receive it first as they are exposed to infected patients.”

Loading more stories
wpDiscuz
0
0
Would love your thoughts, please comment.x
()
x
| Reply
Symptoms of the coronavirus include fever, cough and shortness of breath and can appear in as few as 2 days or as long as 14 days after exposure. Here's what you need to know.