Bodies found in the Chicago River and other waterways are causing concern in the Illinois city.

Below is a round-up of the bodies found recently in the river. According to The Chicago Tribune, four people, three of them women, have been found dead in the city’s waters in the span of a week.

According to the Tribune, the cause of death of the deceased is not yet clear, and it’s also not clear whether any of them are connected. Yahoo News reported that police are still investigating each of the deaths and are awaiting the results of autopsies to help determine the cause of death.

People raised concern online, but it’s not yet clear how the people died.

4 BODIES have washed up along the Chicago River & Lake Michigan IN JUST ONE WEEK(NOT all in downtown Chicago)….These tragedies ARE NOT ACCIDENTS. Every now & then a person will fall into the lake OR river because they are leaning to far over the railings. But NOT this time🔎👁🕵️ pic.twitter.com/SqujWTJZMY 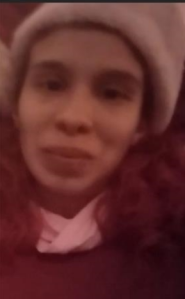 According to ABC7 Chicago, authorities discovered the body of Karina Pena Alanis, 31, in the Chicago River on Friday morning, April 22, 2022.

She was reported missing two weeks before. The Chicago Police Marine Unit pulled her body out of the river in the 2600 block of South Damen, according to the television station.

This is what the Chicago police missing person’s report for Alanis says,

According to the Chicago Tribune, Alanis, who suffered from depression, was last seen on April 7 in the 4300 block of South Wood Street.

Alanis was a pregnant mother of three, according to NBC Chicago.

According to ABC7, another woman whose body was pulled out of the Chicago River was Yuet Tsang, 80.

Her body was found at Eleanor Street near Bridgeport on Saturday, April 23, 2022, according to the television station.

NBC Chicago reported, “She was spotted and pulled from the water at Damen Avenue around 7:50 a.m.” That news station reported that the circumstances of her death are not clear.

According to the Tribune, the body of another woman, this one unidentified, was found in the river in the 100 block of North Riverside Plaza about an hour after Tsang’s body was found and about “four miles north.”

The circumstances of this woman’s death are also not clear.

The Tribune reported that a fourth body, of a still unidentified man, was recovered from Lake Michigan on April 17 in the 3000 block of South Fort Dearborn Drive.

The circumstances of this man’s death remain unknown.

It’s not clear whether any of those who died met with foul play.

Forty miles north of downtown Chicago, the Chicago River begins its journey in Park City, Illinois, where a small stormwater channel enters the Greenbelt Forest Preserve and forms the headwaters of the Skokie River. From there it flows south through Lake County and Lake Bluff, Lake Forest, Highwood, Highland Park, then Glencoe, where it reaches the Chicago Botanic Garden in Cook County. Just south of the Botanic Garden, the Skokie River forms the Skokie Lagoons in the Cook County Forest Preserves in Winnetka. It then continues south to merge with the Middle Fork in suburban Northfield to form the Upper North Branch.

Loading more stories
wpDiscuz
0
0
Would love your thoughts, please comment.x
()
x
| Reply
Bodies found in the Chicago River and other waterways are causing concern in the Illinois city.