That’s according to a TikTok video and Twitter post that have gone viral. Heavy has contacted Delta in an attempt to verify the story with the airline. According to Newsweek, the flight was traveling from Syracuse, New York to Atlanta, Georgia.

I saw this on Reddit today. It’s an a ACARS in-flight message from the cockpit to the ground.

A screenshot originally from Reddit circulated this in-flight message: “PAX in 13A is breastfeeding a cat and will not put cat back in its carrier when FA requested.”

A TikTok video from a flight attendant spoke about the situation, but it’s now been deleted.

Newsweek reviewed the TikTok video before it was deleted and reported that it was posted on November 2, 2021, and claimed “security met the flight because a woman was breastfeeding her cat.”

“This woman had one of those, like, hairless cats swaddled up in a blanket so it looked like a baby,” Ainsley Elizabeth said in a November 13 video, according to Newsweek. “Her shirt was up and she was trying to get the cat to latch and she wouldn’t put the cat back in the carrier. And the cat was screaming for its life.”

“What does she do at home if she’s doing that in public?” she asked. “And then security met the flight just to tell her that she couldn’t do that again, cause it was weird and gross.” 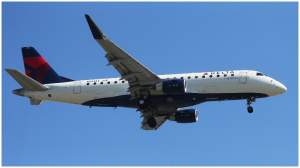 On Reddit, people analyzed the incident. Here are some of those comments:

“I mean, I suppose if breastfeeding a baby is permitted, so is a cat. I wonder if there is any other sort of technicality they can kick her for?”

“Have you ever seen a cat’s teeth? That woman is insane.”

“Moreover, have you ever bottle-fed kittens? Once they approach weaning age, they’re chewing those little rubber bottle nipples right off…Insane doesn’t even begin to describe this woman.”

“I always assumed you just give them catfood.”

“Just as I read this I looked up and my cat was spying on me through my door.”

“I have a cat and I have no idea how this works.”

“Well, cats breast feed when they’re little. Probably if you squirt put a little milk the cat’s suckling instincts kick back in. Otherwise they’d just lick it, which I wouldn’t recommend lol.”

“I love my two cats, but this is never going to happen. I think they’re fine with the ongoing arrangement we have.”

“Yep I saw the tiktok from the flight attendant … The woman apparently used a small butter packet and rubbed her nipple with it so the cat would lick it. If she’s doing this IN PUBLIC then wtf does she do to this cat at home?????”

“A friend of mine is a pilot for Delta. Shortly after she started flying for them, she told us the story of a horrified flight crew encountering a woman breastfeeding her cat on a domestic flight. They mostly left the woman alone because they didn’t know what to do and there was no one else in her row so she wasn’t really bothering any other passengers. My friend flew out of Atlanta at that time, so this definitely seems like a thing that has happened more than once and in different locations. Or else this is some kind of elaborate aviation urban legend?”

“Strange enough I don’t need to verify if it’s true, I know it is. You don’t actually gain anything of any value making this up.”

Loading more stories
wpDiscuz
0
0
Would love your thoughts, please comment.x
()
x
| Reply
A Delta flight breastfeeding cat incident has gone viral after a woman was asked to stop breastfeeding the cat on a Delta flight and refused to do so.