The San Francisco Giants take on the Pittsburgh Pirates tonight in a one-game Wild Card playoff. Madison Bumgarner gets the start for the Giants after a breakout year that included an Opening Day start and a second consecutive All-Star appearance.

Bumgarner is the rare young pitcher with a lot of playoff experience, and the Giants are relying on him to take them to the next round.

Here’s what you need to know about Bumgarner before his big start:

1. He Was Named NL Pitcher of the Month Twice This Season His great performance led to being named the National League’s Pitcher of the Month twice: in May & August. The stats speak for themselves:

Congrats to Madison Bumgarner who was just named the NL Pitcher of the Month for May after going 5-0 with a 2.08 ERA in 6 starts. #SFGiants

Pitching isn’t all Bumgarner can do. Not only were his four home runs this year the most by any pitcher, but his 1.2 WAR (Wins Above Replacement) was the 8th highest on the Giants’ offense!

Bumgarner tied the record for most grand slams hit by a pitcher in a single season with two, one against the Colorado Rockies on April 11th (shown above), & one against the Arizona Diamondbacks on July 13th. The Pirates will have to not only figure out how to beat him on the mound, but at the plate.

3. He Has Never Given Up a Run in the World Series On October 31, 2010, he started Game 4 against the Rangers with the chance to give the Giants a 3-1 series lead. Bumgarner, then just 21, delivered, throwing eight scoreless innings & striking out six as the Giants won 4-0.

Nearly two years later on October 25, 2012, Bumgarner was tapped to start Game 2 for the Giants against the Texas Rangers. Once again he came up clutch, striking out eight over seven shutout innings. The Giants would go on to win 2-0. Another two years later, Bruce Bochy & the Giants hope that Bumgarner’s postseason success propels them to the next round. Great things have been expected from Bumgarner for a long time. San Francisco drafted him 10th overall out of South Caldwell High School in North Carolina in 2007. He quickly rose through the ranks of the minor leagues. In 2008, he was ranked as the third best prospect in the San Francisco Giants’ farm system. By 2009, he had leapt up to the ninth best prospect in all of baseball. Suffice to say, nobody is surprised by Bumgarner’s success. One thing seems certain: the Giants love Bumgarner, and they want him to stick around. They wasted absolutely no time making sure that happened: by 2012 the Giants had signed Bumgarner to a contract extension. Bumgarner signed for six years & $35.56 million, keeping him in San Francisco until 2017, with an option for $12 million in 2018 & 2019. With everything he’s done, that contract sure seems like a bargain. 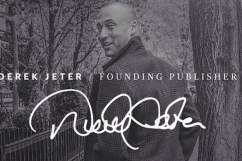 The Players’ Tribune: 5 Fast Facts You Need to Know