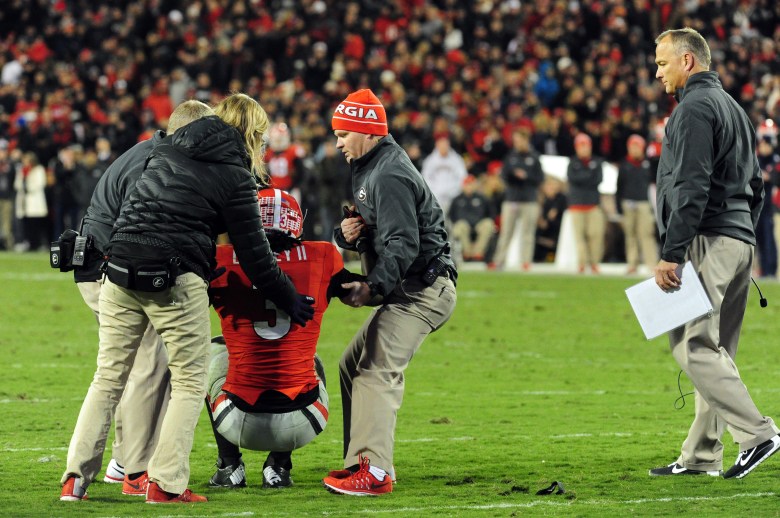 Georgia running back Todd Gurley is helped up after injuring his left knee Saturday. Gurley tore his ACL and is out for the season. (Getty)

Playing in his first game in over a month due to an NCAA suspension, former Heisman Trophy hopeful Todd Gurley tore the ACL in his left knee during Georgia’s 34-7 win over Auburn on Saturday.

The Bulldogs running back was injured with just over 5 minutes remaining in the game. He is out for the rest of the season.

No surgery date has been set.

Here’s what you need to know about Gurley’s ACL injury:

Gurley had his typical solid performance, rushing for 138 yards and a touchdown on 29 carries. He also added a kickoff return for 32 yards and had a 105-touchdown return called back due to a penalty.

But with just over 5 minutes remaining in the game with Georgia ahead 27-7, Gurley took a handoff on 2nd and 5 and picked up the first down with a 6-yard gain. But he remained on the Sanford Stadium turf in obvious pain. He was helped off the field and didn’t return. An MRI would confirm the ACL tear.

2. Gurley Was Suspended 4 Games by The NCAA 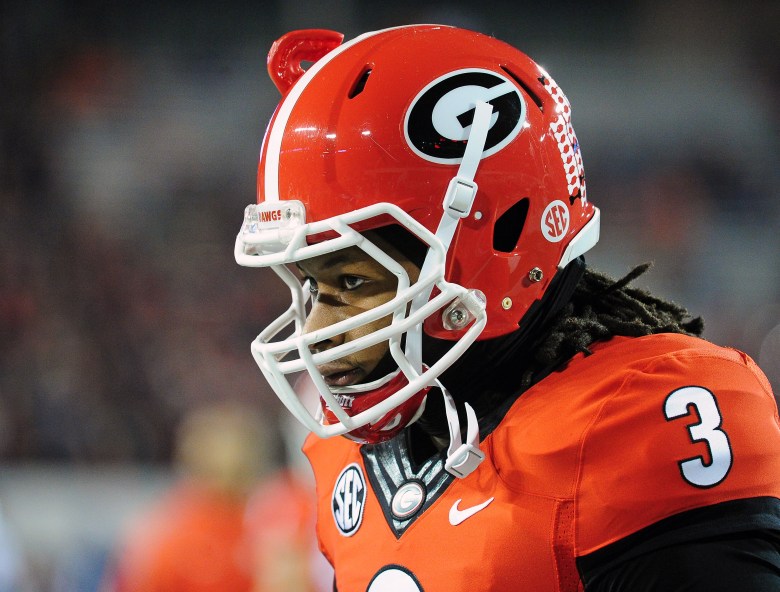 Gurley was suspended by the NCAA for 4 games after accepting more than $3,000 for autographed memorabilia over the past 2 years. Gurley last played Oct. 4 against Vanderbilt. He missed the Bulldogs’ games against Missouri, Arkansas, Florida and Kentucky. Georgia went 3-1, only losing to Florida, 38-20 two weekends ago.

3. Gurley Was a Heisman Trophy Candidate

Gurley was off an excellent start of the season. He ran for 198 yards and 3 touchdowns and added another score on a 100-yard kickoff return during Georgia’s season-opening victory over Clemson. He didn’t show any signs of slowing down as he ran for 773 yards with 8 touchdowns on 94 carries (8.2 average) over the first 5 games. Gurley was undoubtedly a front-runner for the Heisman Trophy.

Then came the suspension, effectively ending his bid.

Gurley finishes his season with 123 carries for 911 yards and 9 touchdowns.

4. Nick Chubb Gets Another Chance to Carry The Load 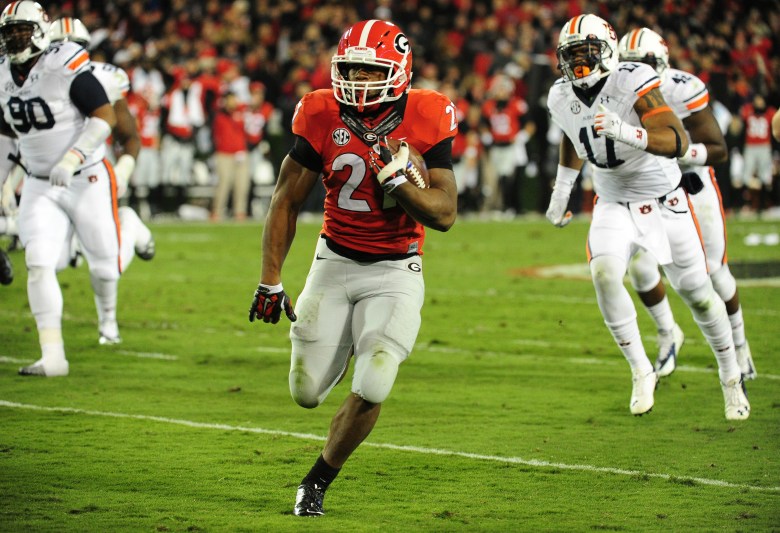 With Gurley out, Georgia will once again let Nick Chubb be the workhorse. When Gurley was suspended, Chubb responded, rushing for 671 yards and 5 touchdowns in the 4 games. He also added 10 receptions and another score in the passing game.

At 6-1 and 226 pounds with an intriguing power/speed combination, Gurley had NFL scouts raving about his potential. He was considered by many scouts and executives to be the top running back prospect in college football. The injury will likely affect his draft status, if, in fact, the junior decides to forgo his senior season in Athens. 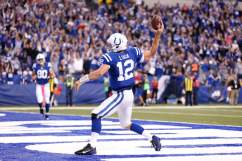 How to Watch Patriots vs. Colts Live Stream Online