Tom Brady has led the Patriots to five straight wins since a disastrous loss at Kansas City. (Getty)

Two of the best teams in the AFC — and two of the best quarterbacks in the NFL — collide Sunday night in Indianapolis, where Tom Brady and the Patriots will take on Andrew Luck and the Colts.

Kickoff is set for 8:30 p.m. Eastern, with TV coverage on NBC. Al Michaels, Cris Collinsworth and Michele Tafoya have the call, with the network’s Football Night in America show preceding the telecast. 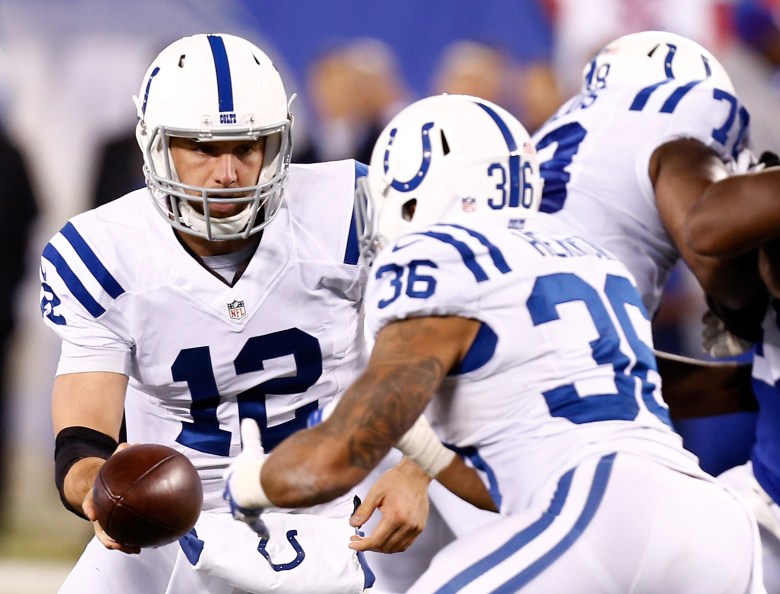 Looking for Colts apparel? Check out the Colts fan shop.