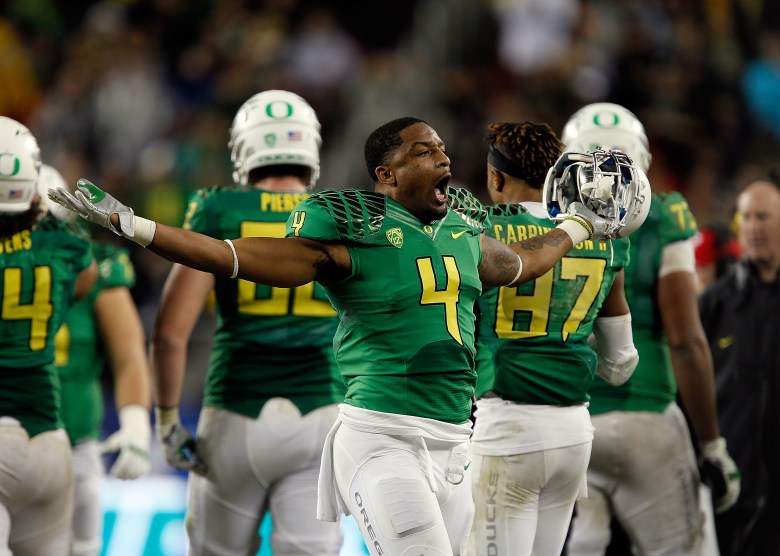 Erick Dargan is the leader of the Oregon defense. (Getty)

As a 2-time all-conference performer in the Pac-12, Oregon’s Erick Dargan saved his best season for his last. The senior defensive back is a ball-hawk and a tough run defender, a difficult combination to find.

Dargan also excels on special teams and has rarely come off the field this season.

Dargan and his Ducks take on Ohio State in the National Championship Game Monday night to finish off the college football season and the inaugural playoff.

Here’s what you need to know about Dargan:

In a secondary that featured first-team All-American Ifo Ekpre-Olomu (who is now out for the season after suffering a knee injury), Dargan led the Oregon defense with 90 tackles (57 solo) and 7 interceptions.

He also picked off 5 passes as a sophomore and his 13 rank him tied for 5th on the school’s all-time list. Dargan has 183 career tackles (111 solo).

The 5-foot-11, 210-pounder plays on most of the major special teams units and rarely comes off the field on defense. 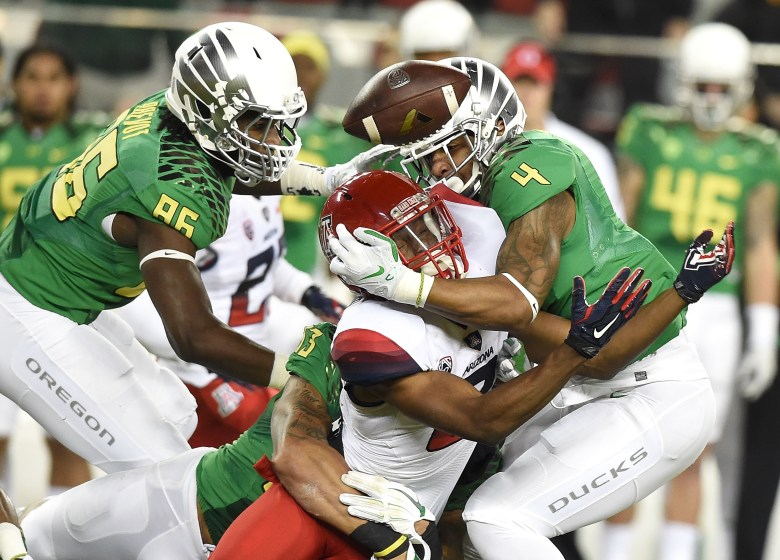 After leading the Ducks in tackles and INTs, Dargan was named to the All-Pac-12 defensive 2nd team.

As a junior, Dargan was named to the all-conference 2nd team as a special teams standout.

3. An Interception Against Michigan State Made Dargan an Internet Star

Dargan intercepted a pass against Michigan State earlier this season and returned it 36 yards before being pummeled by the Spartans’ Jack Conklin, a 300-pound offensive lineman. The hit was so fierce it made the rounds on Twitter and Vine. One post on Vine had over 6 million views.

Dargan might have gotten laid out, but he got the interception and the Ducks got the W.

4. Dargan Was a Running Back in High School 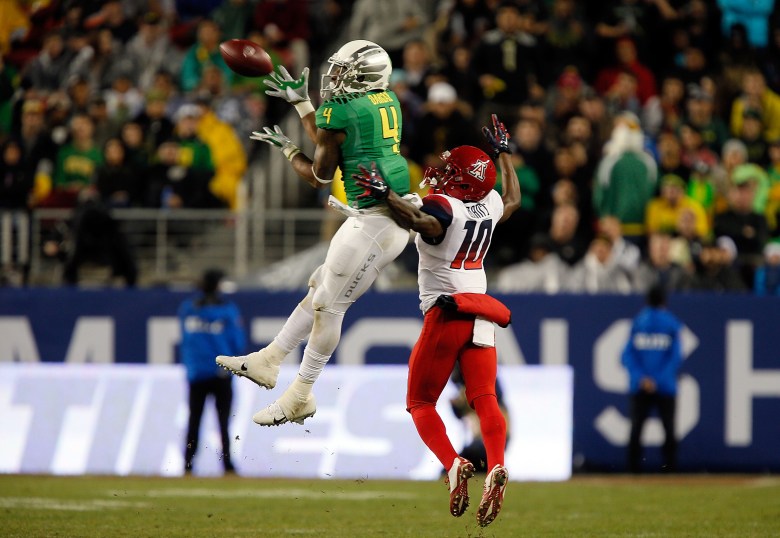 Dargan played running back and defensive back for Pittsburg (Calif.) High, though he missed half his senior season with a knee injury.

The 4-star recruit was the 22nd-ranked safety by Scout as a senior and chose Oregon over Arizona State, UCLA and Washington, among others.

5. Dargan Could Have a Career in Television

In the clip, filmed in August 2013, Dargan interviews teammate and roommate Byron Marshall.