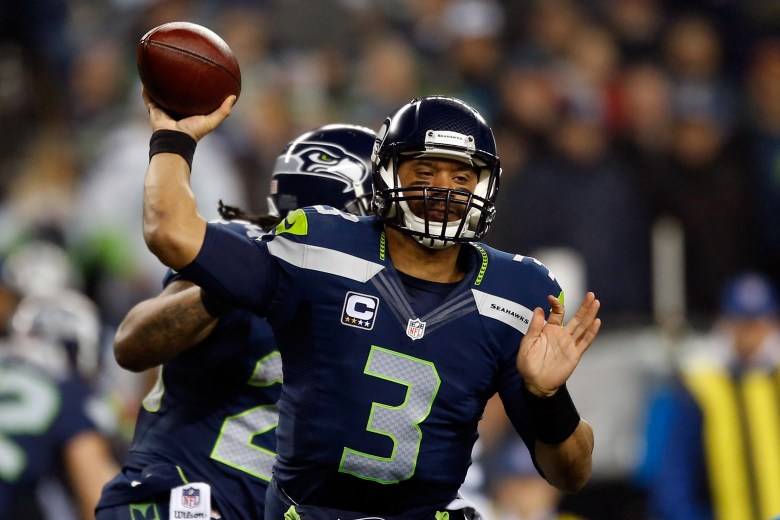 The road to the Super Bowl once again goes through CenturyLink Field.

With a convincing win Saturday night over the Carolina Panthers, the Seattle Seahawks clinched their second straight trip to the NFC Championship Game, in which they’ll host the Green Bay Packers, who were 26-21 winners over the Dallas Cowboys on Sunday.

It’s a rematch of the season-opener, a game which Seattle hosted the Packers and then sent them back to Green Bay 0-1. The Seahawks clamped down on Aaron Rodgers and easily won 36-16.

Green Bay last played in the conference title game after the 2010 season and followed it up with a 31-25 win over the Pittsburgh Steelers in Super Bowl XLV.

After holding off the Baltimore Ravens Saturday, the New England Patriots will host either Denver or Indianapolis in the AFC title game. That game is to kick off 4:40 p.m. Eastern Sunday.

Here’s what you need to know about the NFC game: