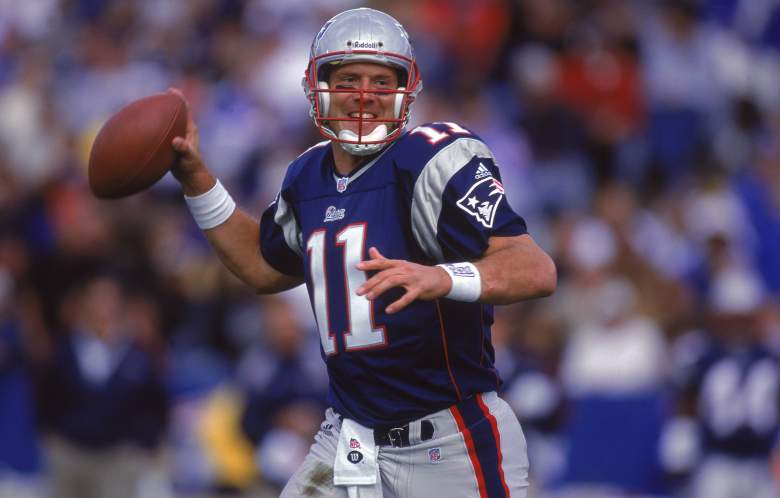 Long before Tom Brady won three Super Bowls and the Patriots were marred in Spygate and Deflategate, Drew Bledsoe took the snaps for New England. He was the franchise quarterback until he suffered an injury against the New York Jets during Week 2 of the 2001 season, changing the course of his career and the career for his backup. His injury gave birth to one of the greatest quarterbacks of a generation. The Bledosoe injury subsequently led to the beginning of the Tom Brady era.

Here’s what you need to know about the former Patriots quarterback: 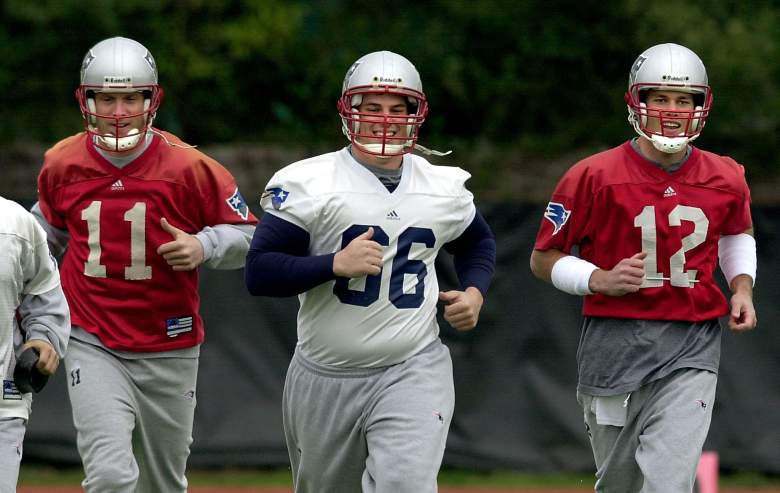 Bledsoe played for the Washington State Cougars from 1990-92. He earned the job his freshman year and stayed at Washington State until the end of his junior year. Leaving school a year later, Bledsoe was considered the top quarterback of his draft class. He finished his final year with Washington State with 3,246 yards and 20 touchdowns and they finished with a 9-3 record, ranked No. 12 in the country. 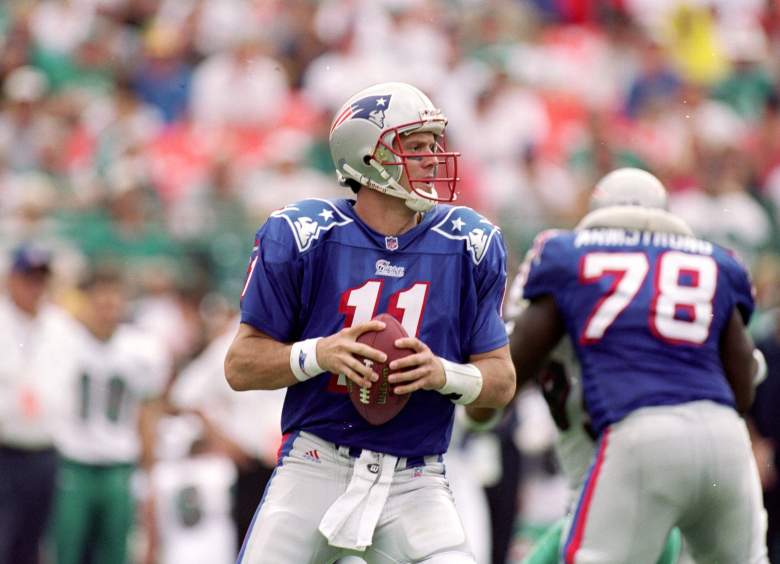 Bledsoe was the first pick in the 1993 draft. His draft class included future hall of famers Jerome Bettis and Michael Strahan.

Bledsoe had success in his early seasons. In his second year, the Patriots made a playoff appearance but lost in the Wildcard round. In 1996 Bledsoe performed well; he was selected to the Pro Bowl as the Patriots won the AFC East and the AFC championship before losing to the Green Bay Packers in Super Bowl XXXI. His Patriots career ended in turmoil when he disagreed with coach Bill Belichick about sticking with Tom Brady for the playoffs. Bledsoe would make one final playoff appearance in the 2001 AFC Championship Game against the Pittsburgh Steelers when he replaced an injured Tom Brady. 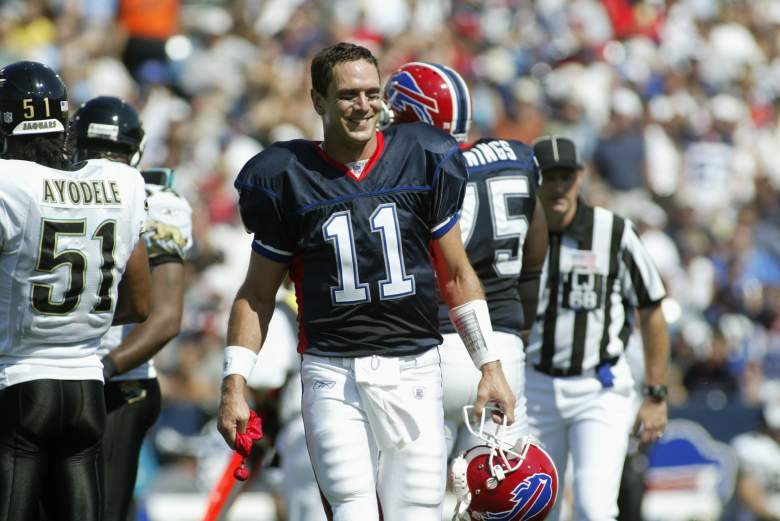 After the Patriots decided that Brady would be the starting quarterback moving forward, they traded Bledsoe to the Buffalo Bills in 2002 for Buffalo’s first-round draft pick the following year. Bledsoe found success with the Bills, but due to injuries the team finished 8-8 in 2002 and 6-10 in 2003. Bledsoe and the Bills continued to stay in the middle of mediocrity as they fell short of a playoff appearance in 2004. He was released by the team in 2005.

Bledsoe signed with the Dallas Cowboys after his stint with the Bills. Bledsoe led Dallas to a 9-7 record, failing to make the postseason. He threw for over 3,000 yards in the 2005 season for the ninth time in his career. In 2006—the final year of his career—Bledsoe struggled and was replaced by backup quarterback Tony Romo. Bledsoe was released by the Cowboys after the conclusion  of the 2006 season and on April 12, 2007, he announced his retirement. At the time, Bledsoe finished seventh in passing yards and thirteenth in touchdown passes of all time. 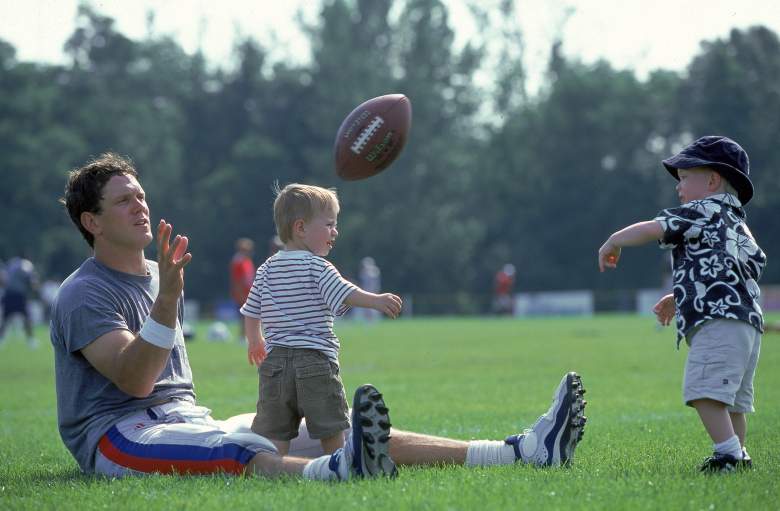 Bledsoe and his wife Maura have three sons and one daughter. His three sons are named Stuart, John and Henry. His daughter’s name is Healy. Bledsoe was a part of his sons’ high school football teams coaching them as the offensive coordinator at Summit High School in Oregon. 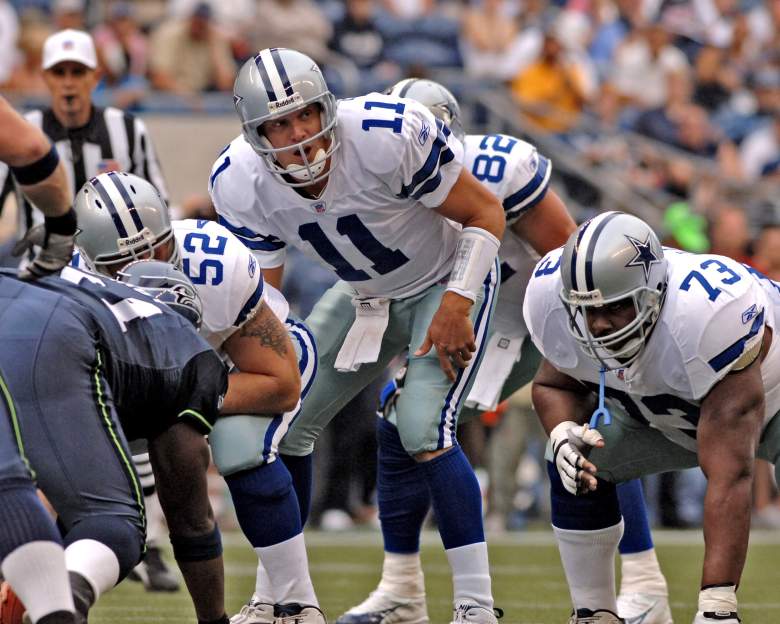 Bledsoe pursued a second career after his retirement from professional football. Partnering with his friend, Chris Figgins, the two started a vineyard called DoubleBack. The two entrepreneurs’ investments paid off because their wine company has turned a profit. Bledsoe’s success helped him branch out and create his own brand called “Bledsoe Family Wine.” 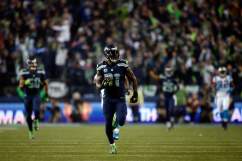