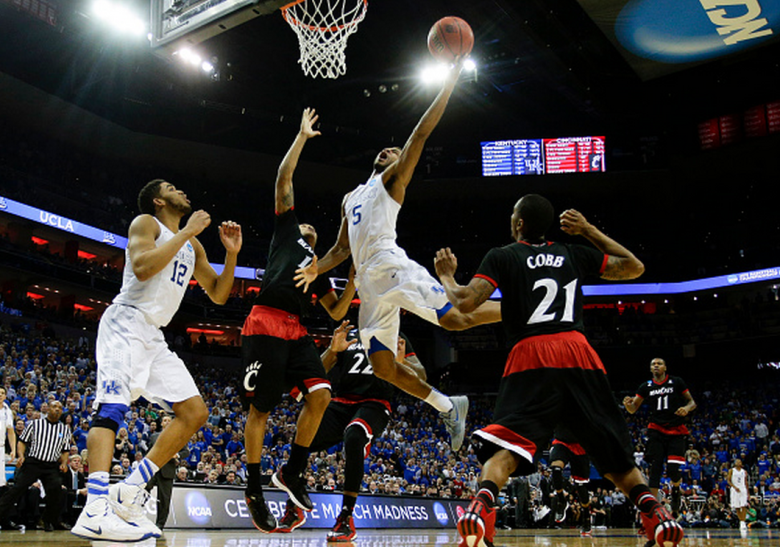 Kentucky’s Andrew Harrison drives in for the basket and a foul as the Wildcats defeated Cincinnati, 64-51, in the third round of the NCAA Tournament. (Getty)

To the surprise of absolutely no one, Kentucky is still in that pursuit of perfection. The Wildcats rolled over No. 16 Hampton in the round of 64. Kentucky then knocked off No. 8 Cincinnati, 64-51, to move on to the Sweet 16.

The Wildcats will matchup against No. 5 West Virginia. The Mountaineers, who are two years removed from their last NCAA Tournament appearance, notched their first tournament win over No. 12 Buffalo, 68-62. In the round of 32, WVU knocked off No. 4 Maryland, 69-59, to extend their season another week.

Read More
Basketball, College Basketball, Kentucky Basketball, March Madness 2015
After four days of madness, college hoops is moving on to the Sweet 16. Get to know the Midwest region matchup between No. 1 Kentucky and No. 5 West Virginia.