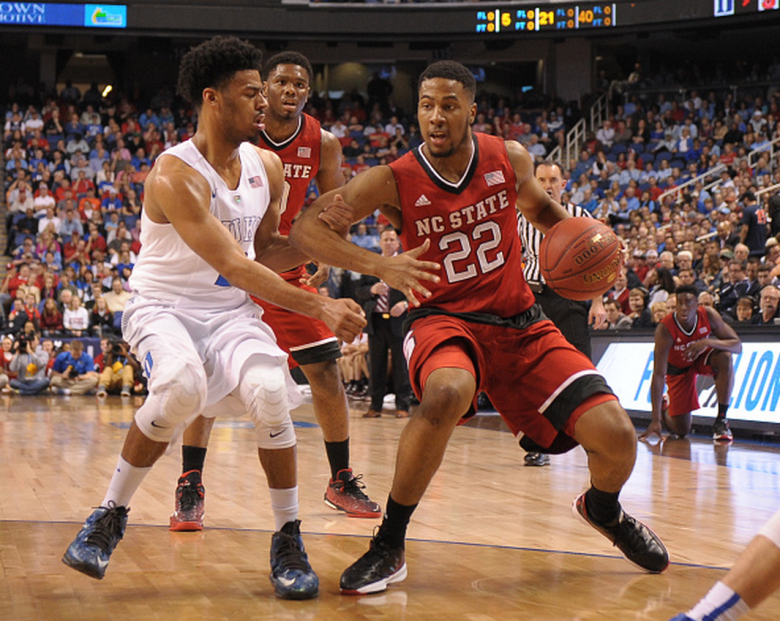 Ralston Turner #22 of the North Carolina State Wolfpack dribbles against Quinn Cook #2 of the Duke Blue Devils during the quarterfinals of the 2015 Men’s ACC Tournament at the Greensboro Coliseum on March 12, 2015 in Greensboro, North Carolina. (Getty)

Although NC State had an early dismissal in last year’s tournament with an overtime loss to Saint Louis in the round of 64, the Wolfpack held strong this season. NC State finished 20-13 overall, 10-8 in the ACC and earned a bid to the dance as a committee-selected team.

The Wolfpack will face LSU in the round of 64.

The Tigers finished third in the SEC in the regular season with an overall 22-10 record, 11-7 conference and were ranked 12 in the nation for rebounds per game – 39.2. LSU was knocked out in its first round of SEC Tournament play by Auburn in overtime.

The opening line isn’t out yet. We’ll update this post when it moves. In the meantime, OddsShark has a betting-focused matchup preview