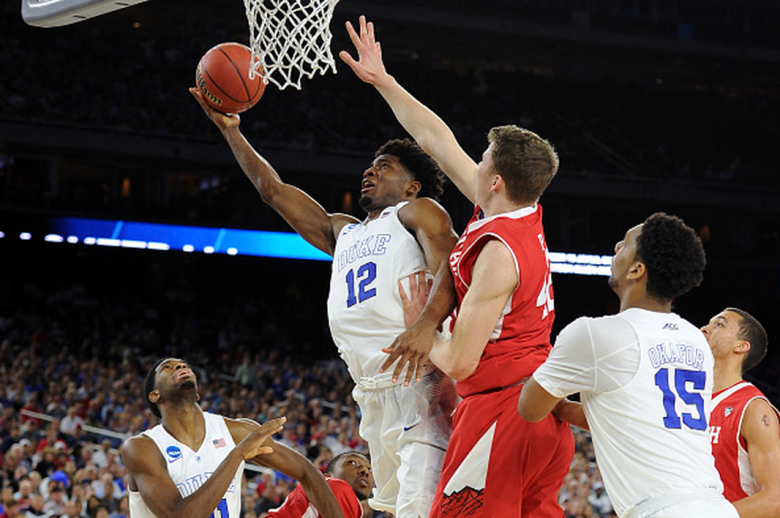 One more day is all that is left to determine the Final Four for March Madness 2015. Two of the teams punched their tickets yesterday, and the other two will join them by the end of the night. And kicking off Day 2 of the Elite Eight is No. 1 Duke vs. No. 2 Gonzaga.

Well Duke redeemed itself from last year’s early tournament dismissal, and has continued to chug along. Since receiving a selection committee bid, the Blue Devils have knocked off No. 16 Robert Morris, No. 8 San Diego State and No. 5 Utah. And now Coach K and Duke will face-off with Gonzaga.

And for the first time since 1999, the Bulldogs will be making an Elite Eight appearance under the direction of Mark Few. The Zags punched their 17th-straight ticket to the Big Dance after winning the West Coast Conference tournament. The Bulldogs are first in the nation for field goal percentage, 52.4 percent, sixth in assists, 16.5, and 10th in scoring, 79.1. To get to this point, Gonzaga has knocked off No. 15 North Dakota State, No. 7 Iowa and No. 11 UCLA.

The game starts at 5:05 p.m. Eastern and will be covered by CBS. The announcers for the game will be Jim Nantz, Bill Raftery, Grant Hill and Tracy Wolfson.

The winner between Duke and Gonzaga will move on to play the winner of No. 4 Louisville vs. No. 7 Michigan State in the Final Four. That game will take place on Saturday, April 4.

But before that happens, here’s how to watch Duke vs. Gonzaga online and on mobile:

Gonzaga's Kevin Pangos: South Region's X Factor | CampusInsidersIn this edition of "Oberto's You Get Out What You Put In," Campus Insiders Digger Phelps tells you why the South Region showdown between Gonzaga and UCLA could come down to Bryce Alford and Kevin Pangos. SUBSCRIBE: http://www.youtube.com/user/CampusInsiders Campus Insiders takes you deep inside college sports with game highlights, interviews and a behind the scenes…2015-03-24T14:56:43.000Z 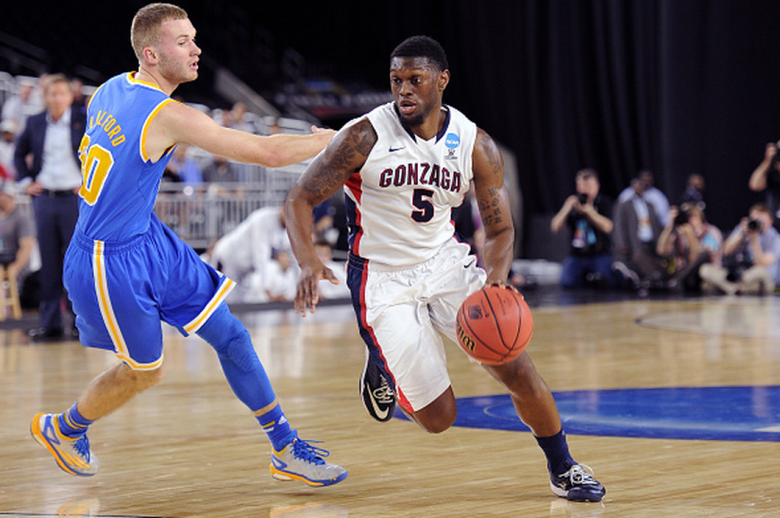 Read More
Basketball, College Basketball, March Madness 2015
The Elite Eight in the NCAA Tournament continues March 29. Find out how to watch South matchup No. 1 Duke vs. No. 2 Gonzaga online and mobile here.