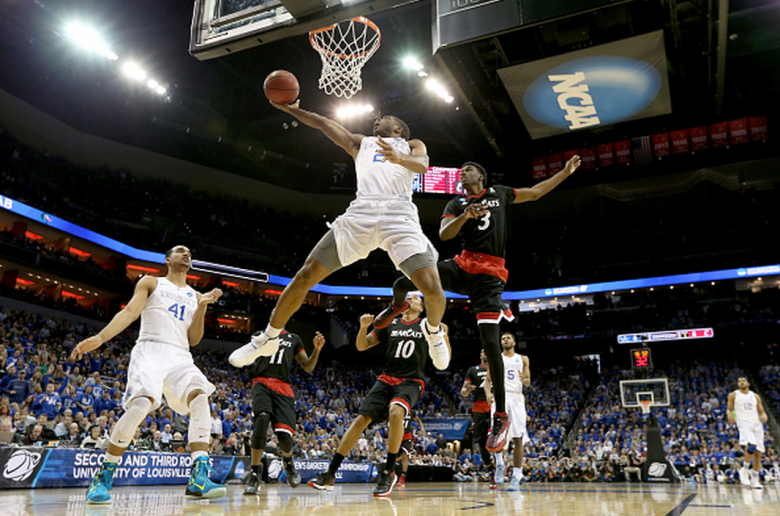 After a week of literal madness, the field of 68 has dwindled to just 16 still vying for the national championship. And by the end of the day, four teams will have punched their tickets to the Elite Eight today, Thursday, March 26. The third game on Day 1 of the Sweet 16 is No. 1 Kentucky – still in the pursuit of perfection – vs. No. 5 West Virginia.

To the surprise of basically no one, the Wildcats have continued to dominate college hoops. Head coach John Calipari and his Kentucky squad have maintained perfection as they defeated No. 16 Hampton, and No. 8 Cincinnati to get to the Sweet 16.

The Wildcats will now take on the Mountaineers, who are two years removed from their last NCAA Tournament appearance. WVU notched its first tournament win over No. 12 Buffalo, 68-62. And then followed it up with a 69-59 win over Maryland in the round of 32.

The game starts at 9:45 p.m. Eastern and will be covered by CBS. The announcers for the game will be Marv Albert, Chris Webber, Len Elmore and Lewis Johnson.

The winner between Kentucky and West Virginia will move on to face the winner of No. 3 Notre Dame vs. No. 7 Wichita State in the Elite Eight. That game will take place on Saturday, March 28.

But before that happens, here’s how to watch Kentucky vs. West Virginia online and on mobile:

Read More
Basketball, College Basketball, March Madness 2015
The Sweet 16 in the NCAA Tournament kicks off March 26. Find out how to watch Midwest matchup No. 1 Kentucky vs. No. 5 West Virginia online and mobile here.