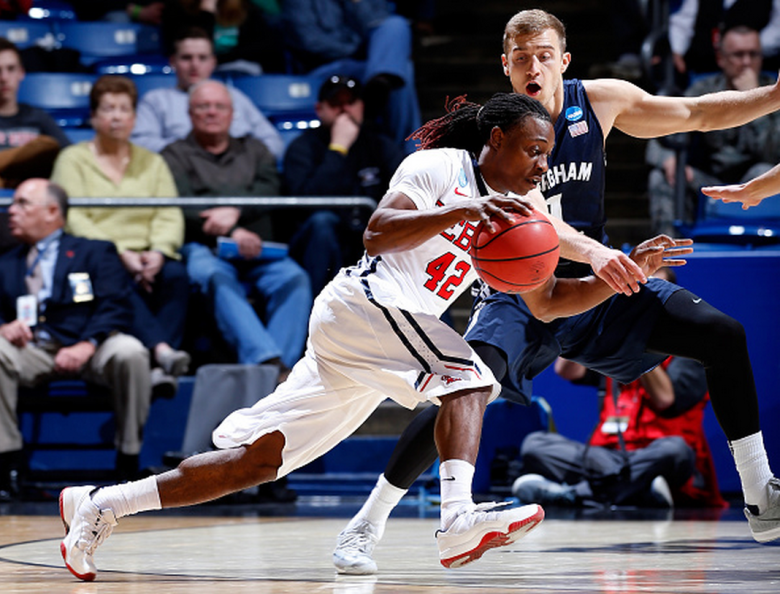 Stefan Moody #42 of the Mississippi Rebels drives to the basket against Chase Fischer #1 of the Brigham Young Cougars during the first round of the 2015 NCAA Men’s Basketball Tournament at UD Arena on March 17, 2015 in Dayton, Ohio. (Getty)

The round of 64 in the March Madness 2015 Tournament kicks off Thursday, March 19 in various arenas across the nation. It’s 32 games in 48 hours and when it’s all said and done the field of 64 will be cut in half. The mid-day game for the West bracket is No. 6 Xavier and No. 11 Ole Miss.

Xavier was given a NCAA Tournament bid by the selection committee after going 21-13 overall and 9-9 in the Big East. The Musketeers notched wins against ranked opponents such as Seton Hall, Georgetown and Butler throughout the course of the season and are ninth in the nation for average assists per game – 16.4.

Xavier will face-off against Ole Miss, who is a year removed from not punching its ticket to the Big Dance.

The Rebels finished 20-12 overall and third in the SEC with an 11-7 record to earn a selection committee bid. To get to the round of 64, Ole Miss defeated BYU in a barnburner game. The Rebels came back from a 17-point halftime deficit to beat the Cougars, 94-90.

The game starts at 4:10 p.m. Eastern and will be covered by TBS. The announcers for the game will be Andrew Catalon, Steve Lappas and Jamie Erdahl.

The winner between Xavier and Ole Miss will move on to face the winner of the No. 3 Baylor vs. No. 14 Georgia State game. That game will take place on Saturday, March 21.

But before that happens, here’s how to watch Xavier vs. Ole Miss online and on mobile: 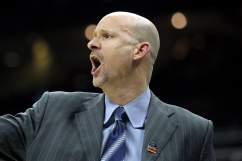