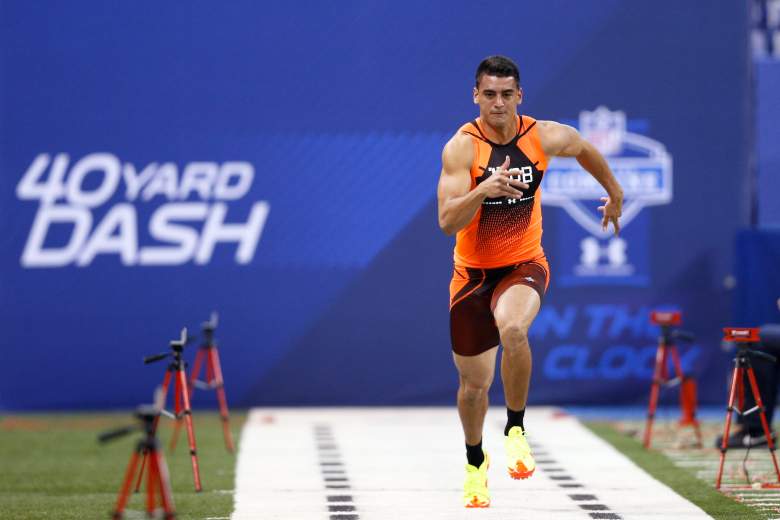 Former Oregon quarterback Marcus Mariota showed his speed Saturday, running a QB-best 4.52 seconds in the 40-yard dash at the NFL Combine and is projected to go in the top 10 of the 2015 NFL Draft. (Getty)

The 2015 NFL Draft is now exactly one week away, and will be held at the Roosevelt University Auditorium in Chicago, Illinois — the first time the Draft has been held outside of New York City in over 40 years.

The Draft will be headlined by: quarterbacks Jameis Winston of Florida State, Marcus Mariota of Oregon; wide receivers Amari Cooper of Alabama and Kevin White of West Virginia; runningbacks Todd Gurley of Georgia and Melvin Gordon of Wisconsin; and a bevy of defensive linemen, which include Dante Fowler Jr. of Florida, Leonard Williams of USC, Shane Ray of Missouri, Vic Beasley of Clemson and Randy Gregory of Nebraska.

Each round will be televised on both ESPN and the NFL Network from Thursday, April 30th until Saturday, May 2nd.