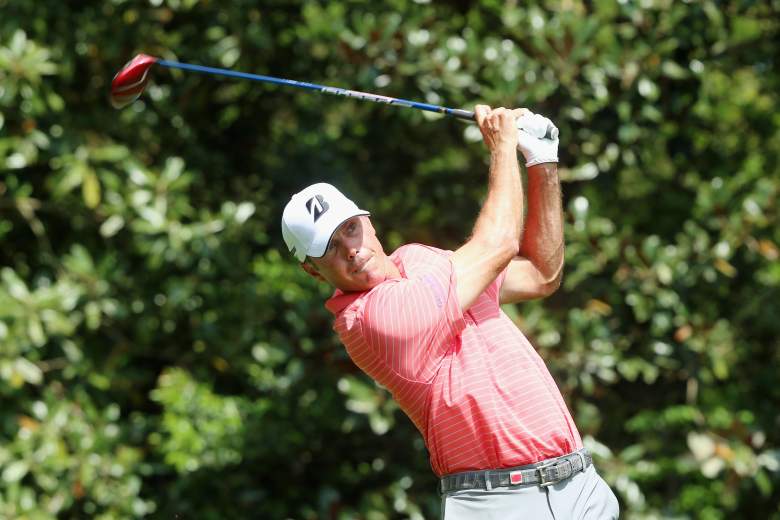 Matt Kuchar has 3 straight top 10 finishes at the Masters. (Getty)

With the Masters teeing off Thursday morning at Augusta National, it’s time to get your DraftKings fantasy golf lineup set.

Yes, you can play fantasy golf on DraftKings.com and win actual cash prizes.

Choosing a winner from a field of 98 is nearly impossible. So what you want to do is fill your lineup with players you think will be around – and playing well – for all 4 rounds. I’ll be honest, that’s pretty tough, too.

But the key is to stick with the pros who have had past success at Augusta and those who are playing well entering the tournament. Below you’ll find the guys I found who are doing just those things.

Scott has been at his best at the Masters lately – 5 straight top 20s, including a win in 2013. His putting has been off in 2015, but he’s changing back to his old standby long putter for this week. Scott’s a safe bet to be in contention Sunday.

Kuchar hasn’t lit it up in 2015, but he’s a major player (no pun intended) at the Masters with 3 consecutive Top 5s. He’s probably a safe a pick as you can find and that price is also appealing.

Jimmy Walker has been dy-no-mite (any Good Times fans out there?) with 2 wins on the young season. Last year was his first Masters and he finished T8. He also had top 10s in the U.S. Open and PGA Championship. Walker at that price is a total bargain. Use him.

Westwood is another guy who just churns out Top 10s at the Masters – he has 4 in the past 5 years. While he might not win the green jacket, Westwood is great value at this price.

Since turning 50, Couples has 5 straight Top 20 finishes at Augusta. Boom Boom is playing well on the Champions Tour and is a pretty good bet to be around all weekend once again. That’s what you need in your lineup.

Gallacher is the riskiest pick of the bunch, but with a world ranking of 38 he’s obviously a pretty darn good player. He’s only played in one Masters – last year – and finished a very respectable T34. At a price like that, the underrated Gallacher is fine addition to your lineup.

Read More
Fantasy Sports, Golf, Masters Tournament 2015, PGA Tour
DraftKings offers a number of fantasy games on its site, including golf. With the Masters on Thursday, here are the picks for the best lineup at Augusta.