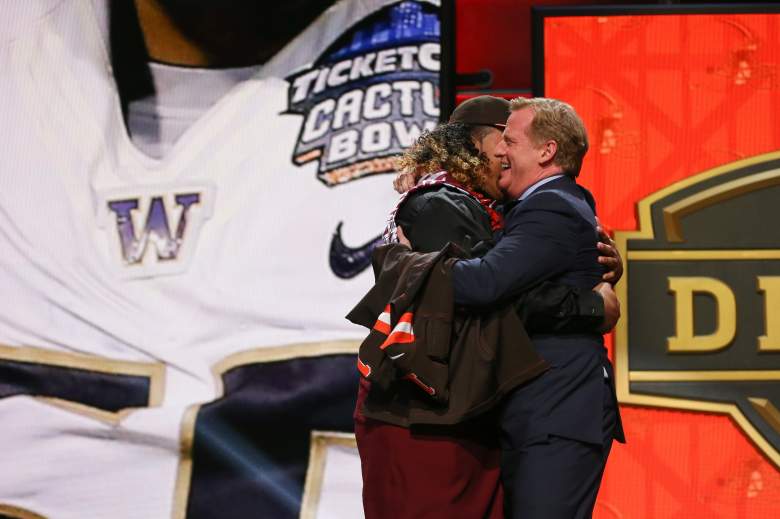 Roger Goodell got plenty of boos as usual at the NFL Draft, but he also got one large bear hug from Danny Shelton. (Getty)

Months are spent leading up to the NFL Draft studying players in an effort to predict where each of them will fall on draft day. Projections are usually wrong because teams don’t release what their big board looks like leading up to the big day. And because of that, there are always plenty of surprises, whether through an unlikely pick or a couple teams deciding to trade up. While projecting how these collegiate players will do in the NFL is a large task before the draft, we get a better sense of how they will fit once they have a team. And so, let’s take a look at some of the best and worst picks of the first round. 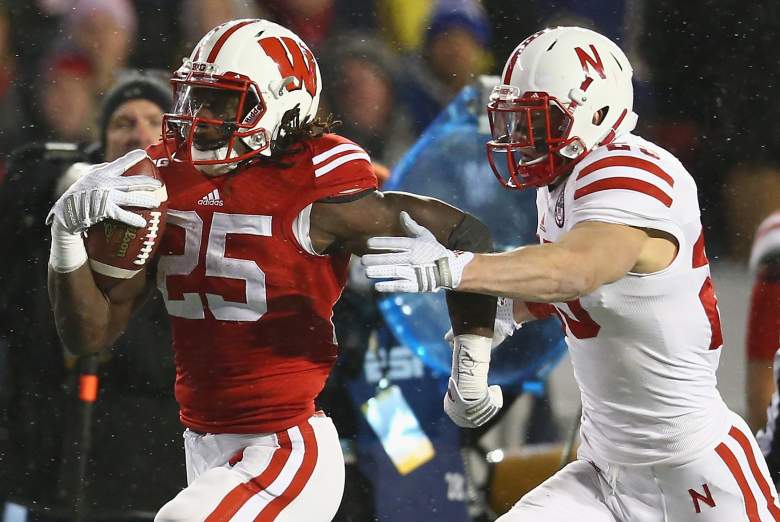 The Chargers could’ve gone elsewhere, but instead they decided to trade up and get Melvin Gordon out of Wisconsin. They had a huge hole there with Ryan Mathews gone, but the addition of Gordon will not only give them a top running back, but also a possible face for the franchise much like LaDainian Tomlinson was for a number of years. With Philip Rivers likely gone from San Diego this year or next year, Gordon could be the next star to lead this offense. He’ll complement well with speedy, receiving backs Danny Woodhead and Branden Oliver.

Some people probably don’t agree with this pick since it wasn’t an exact need for an already stout defensive line, but they could still be looking to shop Muhammad Wilkerson. However, when in doubt, go with the best available player and that’s exactly what the Jets did as Williams was rated as one of (if not the) best player on the entire board. This may not fill a need, but you have to think new head coach Todd Bowles will figure things out. 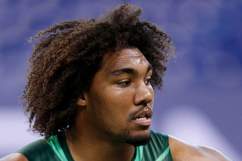 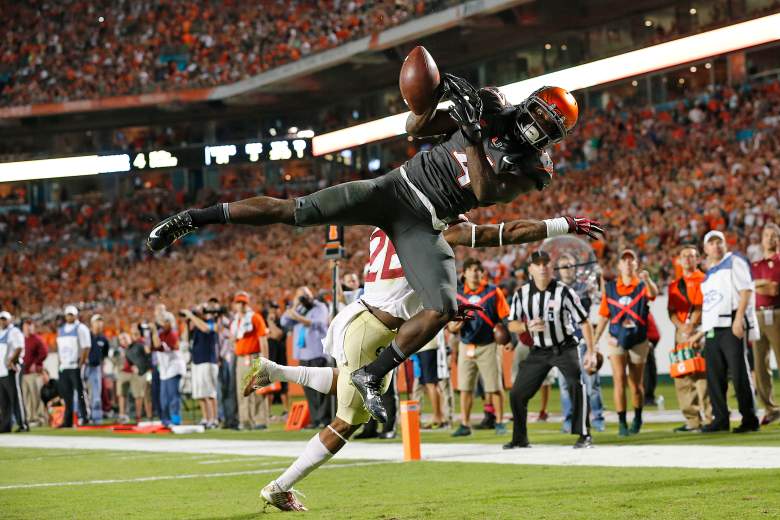 It’ll be interesting to see what the Colts end up doing with the speedy wide receiver. (Getty)

The Colts have a couple glaring needs; they need help on the defensive line after getting gashed by the Patriots via the run seemingly every year, and the offensive line was a mixed bunch last season. Instead, they beefed up an already beefed up wide receiving group that includes T.Y. Hilton, Andre Johnson, Donte Moncrief, Duron Carter, Vincent Brown and now… Phillip Dorsett. As said before, drafting for talent over need can be a positive thing, so maybe in the long run it won’t be a bad selection. Dorsett has tons of speed and if he shows flashes this season, they could very well part ways with Hilton, who is a similar receiver.

There were mixed opinions on Beasley entering the draft and he finished outside of the Top 10 in plenty of mocks. The Falcons have numerous needs, especially on the defensive end, and especially someone to rush the passer. Beasley fits that mold and if anyone were to get the best out of him, it would be new Falcons coach Dan Quinn. However, he’s not going to be an every down player for a team that really lacks in that area. I originally didn’t like the pick, but with Quinn in Atlanta, it may not be that bad after all, as he loves speed rushers on the edge. 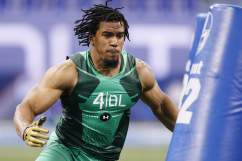 This wasn’t a terrible pick, but they could have gone elsewhere. The Panthers offensive line isn’t good and Cam Newton would’ve liked for someone to protect him so he didn’t get battered every game. Not to mention, he’d probably also like a wide receiver to pass to other than Kelvin Benjamin. Instead, they go to the defensive side where they surprisingly fell off a ton last season. Not many (if any) expected Thompson to go in the first round so the Panthers must see something they like, especially in his versatility. But, it’s hard to ignore their other needs on offense.

After last year’s draft, the Browns were ridiculed by just about everyone for taking Justin Gilbert (8th) and Johnny Manziel (22nd). Gilbert isn’t a bad player, but they passed up on a ton of another guys that panned out, including a need at wide receiver they had. And of course, we all know what happened with Manziel. This year was a little different. The Browns went after two of their biggest needs, boosting a bad run defense with Danny Shelton as well as adding a piece to the offensive line. Shelton will fit right in with the defense, and while they already have Alex Mack at center (if healthy, and he’s gone in a year), it’s likely Cameron Erving will move to a different spot along the line for at least his first year. 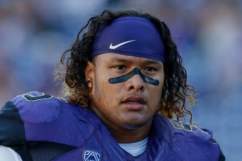