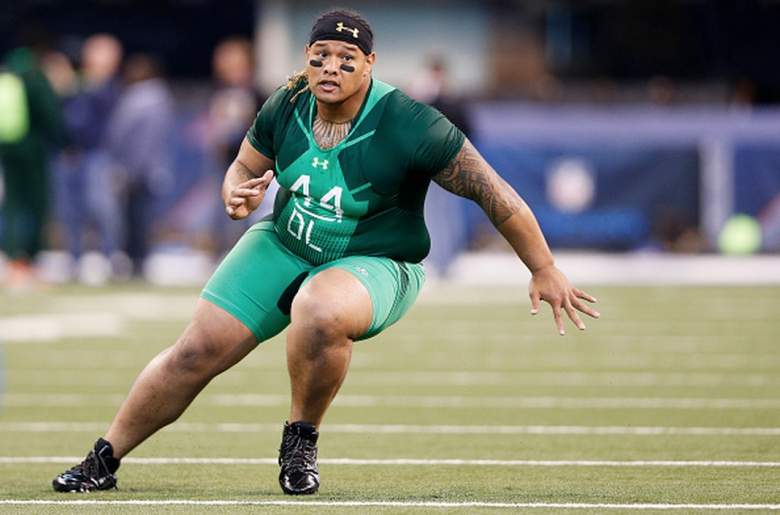 Defensive tackle – a key component that can get overlooked in NFL Draft talk. But make no mistake, this is a name to get familiar with. And while rumors loom about the Chicago Bears being this DT’s next home, he could be just what a certain Ohio team needs to succeed.

It’s former Washington Huskie Danny Shelton, and here’s what you need to know:

1. He Made School History by Earning an Honor for the First Time Since 1991 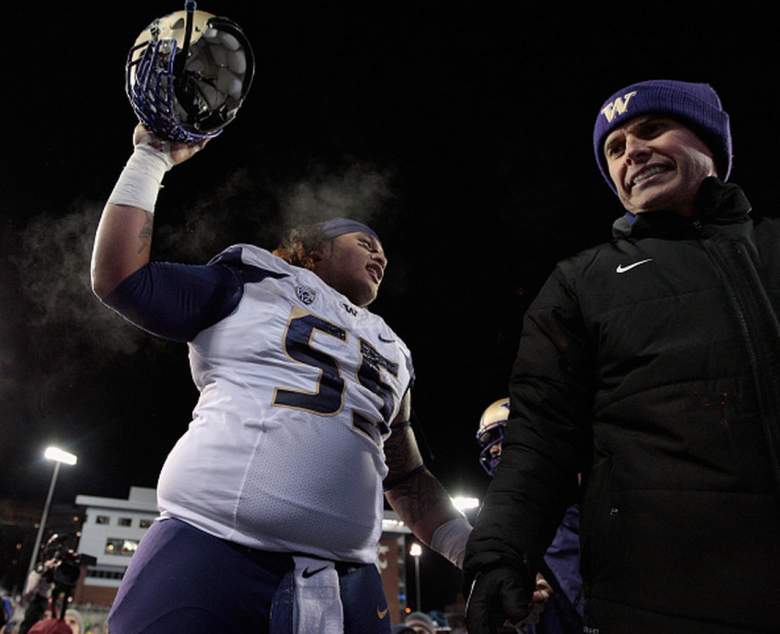 
2. He’s Was a Three-Sport Athlete in High School

At Auburn Senior High School in Auburn, Washington, Shelton was named first-team all-state as a senior as both an offensive and defensive lineman.

But the 6-foot-2, 339-pound Samoan DT didn’t just stand out on the gridiron, he also reached success as a thrower on the track and field team. He won the shot put state championship his senior year. Shelton was also considered a standout wrestler.

According to ESPN, Shelton is projected to go as the 12th pick in the first round.

If that is the case, the northwest native would be heading to the midwest to join the Cleveland Browns organization. As Pat McManamon said:

DeVante Parker is tempting here, but this is a deep receiver group and Shelton fills an immediate need: improving the league’s worst run defense. Shelton is the Haloti Ngata they never had. The situation sets up ideally for the Browns, who wind up with the best available player at a position of need. 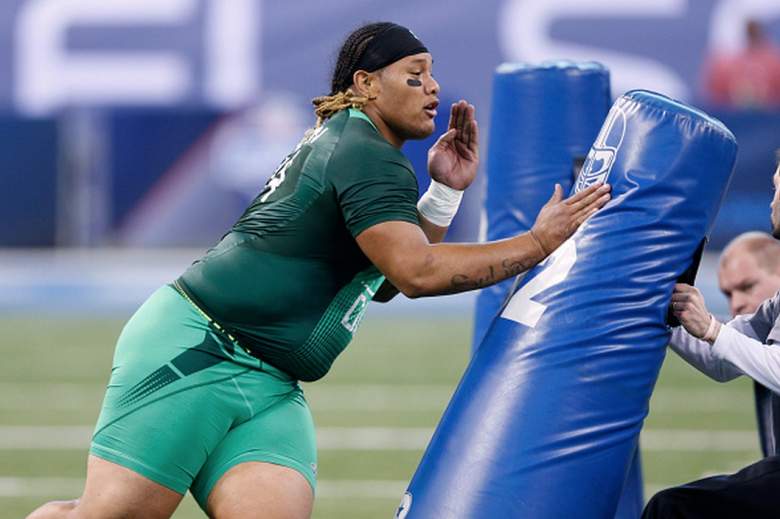 In May 2011, Shelton’s oldest brother Gaston was jumped by several men. He called his two brothers Shennon and Danny to help him go after the main attacker, Olenthis Woods, according to The Olympian.

Woods armed himself with a Walther PPK 9mm pistol he bought on the street a week prior. When he approached the door the three brothers were heading towards he shot at Gaston and hit him in the chest. When he fell to the ground, Shennon, who was a middle school football and basketball coach at Cascade Middle School, lunged at Woods. Woods shot Shennon in the head – an injury that would eventually take his life shortly after.

As a response Shelton threw a chair at Woods and despite being fired at, Shelton was able to grab the gun and start beating Woods in the face repeatedly with it.

Although Shelton has kept to himself over the past couple years about this incident, he recently opened up to the media about it – something you can hear in the Bleacher Report video.

5. He Has a Two-Dog Family With His Girlfriend Maria Mariano

Sea World Adventures End Today. Happy Birthday mama, see you when I get back to WA. ??? pic.twitter.com/0Owv7PuVyl

Shelton is dating Maria Mariano. The couple has two dogs that he talks about like a “proud papa,” according to The Seattle Times. The dogs are Juicy the husky and Moni the pit bull.

@AnimalPlanet My girls waiting for me to come home. Moni the Pit and Juicy the Husky. #ShowUsYourPits pic.twitter.com/vHbefBe9Et