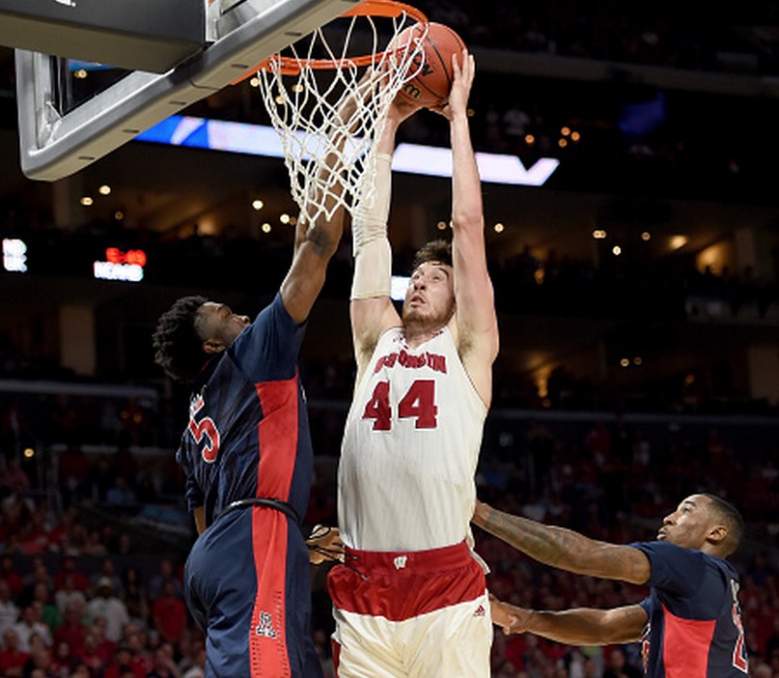 Wisconsin’s Frank Kaminsky goes up for a dunk against Arizona in the 2015 NCAA Tournament. (Getty)

Well it’s down to the Final Four still vying to raise the national championship trophy high. And rounding out the final two on Saturday, April 4, is a rematch from a year ago between No. 1 Kentucky and No. 1 Wisconsin.

Kentucky is still on that path to perfection and hasn’t shown any signs of stopping as the Wildcats have reached their fourth Final Four in the past five seasons. Kentucky upped their overall record to 38-0 and routed No. 16 Hampton, No. 8 Cincinnati, No. 5 West Virginia and No. 3 Notre Dame to advance one step closer to the national championship.

As for Wisconsin, the Badgers are in their second-straight Final Four appearance after having a nearly identical tournament run as last year. Wisconsin knocked off No. 16 Coastal Carolina before succeeding in two rematches – No. 8 Oregon and No.2 Arizona. Will the third rematch be a charm for the Badgers?

The game starts at 8:49 p.m. Eastern and will be covered by CBS. The announcers for the game will be Jim Nantz, Bill Raftery, Grant Hill and Tracy Wolfson.

The winner between Kentucky and Wisconsin will move on to play the winner of No. 1 Duke and No. 7 Michigan State in the national championship. That game will take place on Monday, April 6.

But before that happens, here’s how to watch Kentucky vs. Wisconsin online and on mobile: 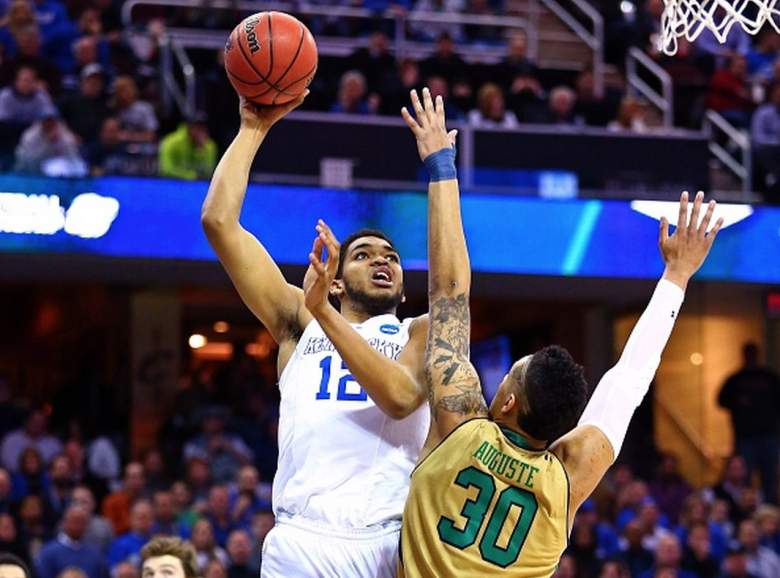