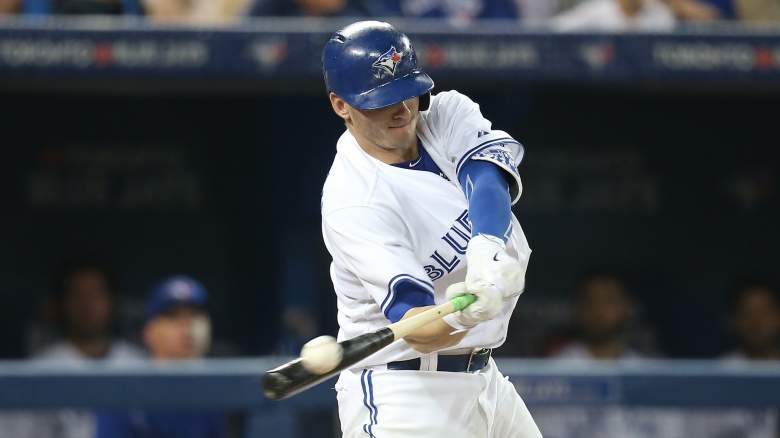 Heavy’s partners at DraftKings have created a free fantasy baseball contest for Wednesday night, July 8. All you need to do is sign up, pick your players and win some cash. All for free.

The rules are simple: fill a roster of 10 players — 2 pitchers, 1 catcher, 1 first baseman, 1 second baseman, 1 shortstop, 1 third baseman and 3 outfielders — with a salary cap of $50,000. The better your selected players do on the field Wednesday night, the better your fantasy team does.

The contest gets underway at 7 p.m. Eastern and it will contain only players from the evening MLB schedule. Any game with a first pitch before 7 p.m. is not included in the contest.

At first glance, you see Kershaw facing the Phillies and you think you have your answer. But at closer inspection, I see the Philadelphia, while still with one of the worst offenses overall, has been raking over the past week — a team batting average of .300. Hey, every team gets hot once in a while.

On the other end, Archer is facing the Royals, who lead the AL Central. Kansas City, though, is slumping at the plate. Just .210 as a team over the past 7 days and leading hitter Lorenzo Cain will likely be out of the lineup with a hamstring issue.

Archer averages 25.2 fantasy points per start, Kershaw 24.7. Archer just happens to be $2,700 cheaper. That goes a long way when filling in the rest of your lineup. I’m going with Archer.

As for my second starter, I like Toronto’s Drew Hutchison vs. the White Sox for $7,200. He isn’t great, but Chicago’s offense is at the bottom of the MLB class. Hutch has been alternating 20+ point starts with duds. Following that pattern, he’s due for a good outing. I know, it’s a coincidence. But still, the White Sox offer a prime matchup.

I haven’t decided on my complete hitting lineup yet as there are some potential weather problems in a few host cities — Washington, DC, New York City, Boston and Pittsburgh might see some game-time rain.

But I do know of a few guys who I will be using — Toronto 3B Josh Donaldson, St. Louis SS Jhonny Peralta and Toronto OF/3B Danny Valencia. Each of those hitters have much better-than-average stats vs. the opposing pitchers for the night.

Check back late Wednesday afternoon for my complete lineup. I’ll also be posting it on Twitter @HeavySan. 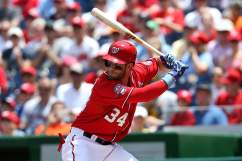