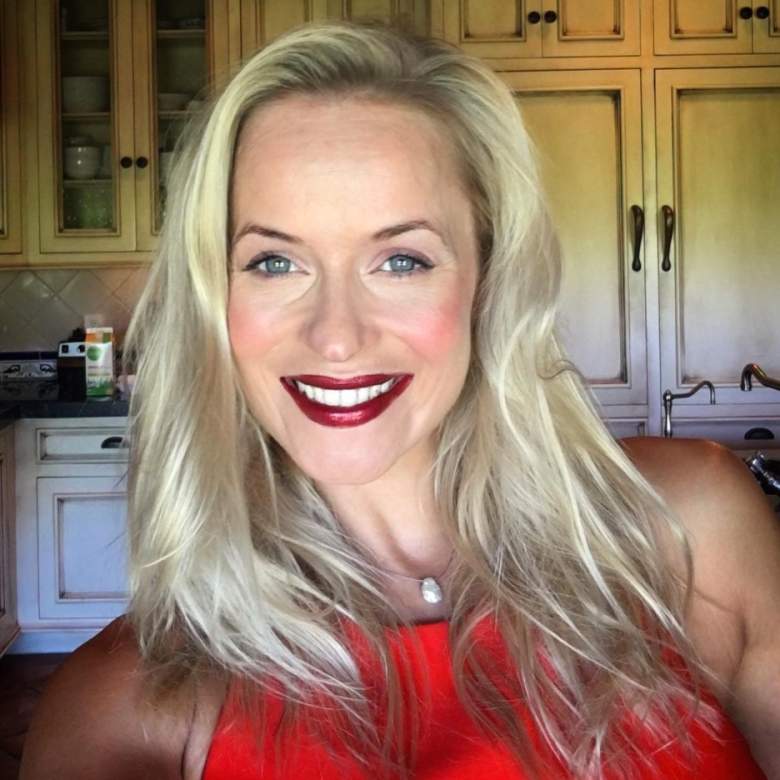 Paul Casey has had a little extra inspiration at this year’s US Open. His wife, former model Pollyanna Woodward, is plastered all over his cell phone case– something that hasn’t gone unnoticed by the media. Woodward isn’t in attendance at this year’s course at Erin Hills– she’s back in Arizona with the couple’s son, Lex.

Read on to learn more about Pollyanna Woodward.

1. Woodward is an English TV Presenter 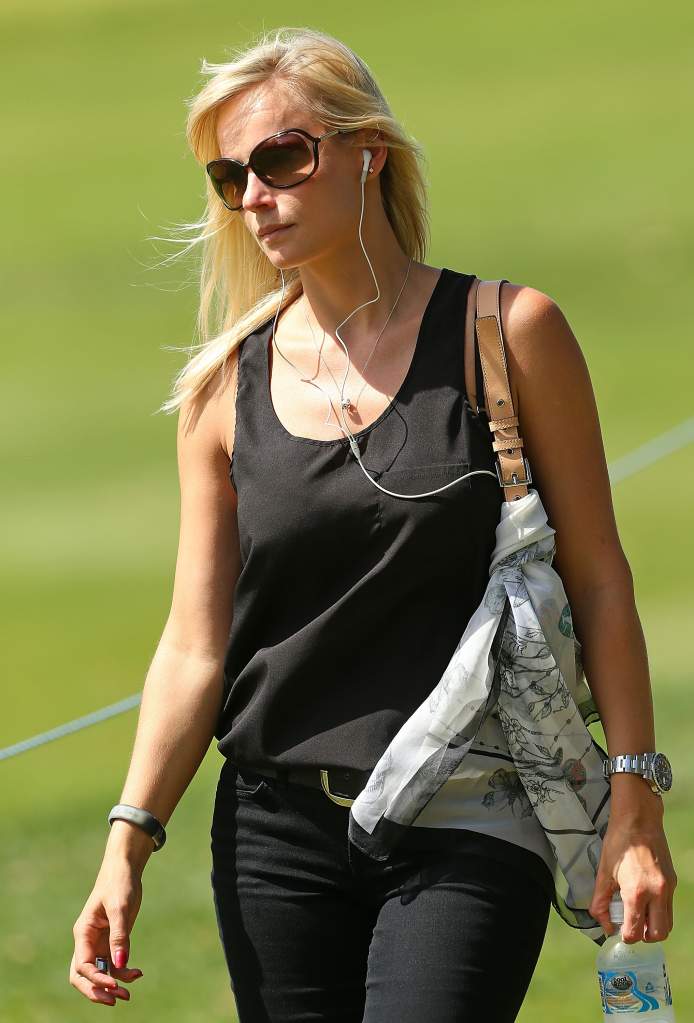 Woodward is an English TV presenter, best known for being the co-presenter of channel 5’s The Gadget Show.

Before meeting Casey, she was married to QVC and Discovery Channel presenter, Lee Clark. The couple wed in 2008 and divorced in 2011.

Clark and Woodward’s divorce was littered with accusations of emotional infidelity via text messages between Woodward and singer/songwriter, Peter Andre. According to Clark, Woodward and Andre exchanged hundreds of flirtatious text messages after meeting at a Channel 5 party. Pollyanna reportedly filed for divorce just twelve days after meeting Andre, says Clark, who named Andre in the divorce petition. The Daily Mail reports him as saying, “… I’m naming Peter in the [divorce] petition… This marriage was perfect until he started texting my wife. We were blissfully happy.” In a statement to the Mail Online, Peter Andre’s spokesperson denied the allegations, saying:

Peter Andre has only met Pollyanna Woodward once at a public event, which was the launch for Channel 5. He was told by her, she was going through a difficult separation and divorce, and as soon as Peter found out this was not true, he didn’t contact her again. To be named in a divorce petition is madness, it was purely platonic on both sides and the text messages have been greatly over exaggerated.

2. Woodward and Casey Have a Son and Another Child on the Way

In April 2014, Woodward and Casey announced that they were having a baby together. Lex was welcomed into the world on September 1, 2014.

Casey decided in January 2015 that he was going to give up his European Tour card to play full-time in America, thus giving up his chance to be a part of the European Ryder Cup team. The move gave him the opportunity to spend more time with his wife and son.

At the time, Casey spoke to the Telegraph.uk, saying:

I’m no longer a member of the European Tour, which was a very tough decision. For as long as I’ve been professional I’ve been a member of the European Tour. For a long, long time now, I’ve been trying to play both the PGA Tour and the European Tour, and some years I’ve done it brilliantly, and other years I’ve failed miserably… I became a father in September, which is by far the greatest thing ever, and that’s become really the focus for me, being at home with Pollyanna and Lex. I’ve never played a full season in the US, so I’m absolutely over the moon. I can spend a little bit more time at home, come to great places like Hawaii and give it all I’ve got.

Pollyanna is currently pregnant with the couple’s second child, who is due sometime later in 2017. In a post he wrote for Forbes in May, Casey said, “We’re very, very lucky to have a little 2 ½-year-old boy called Lex. He’s everything to us. And to add to that luck, we’re expecting another one later this year. Lex has no idea what a game changer that’s going to be!” 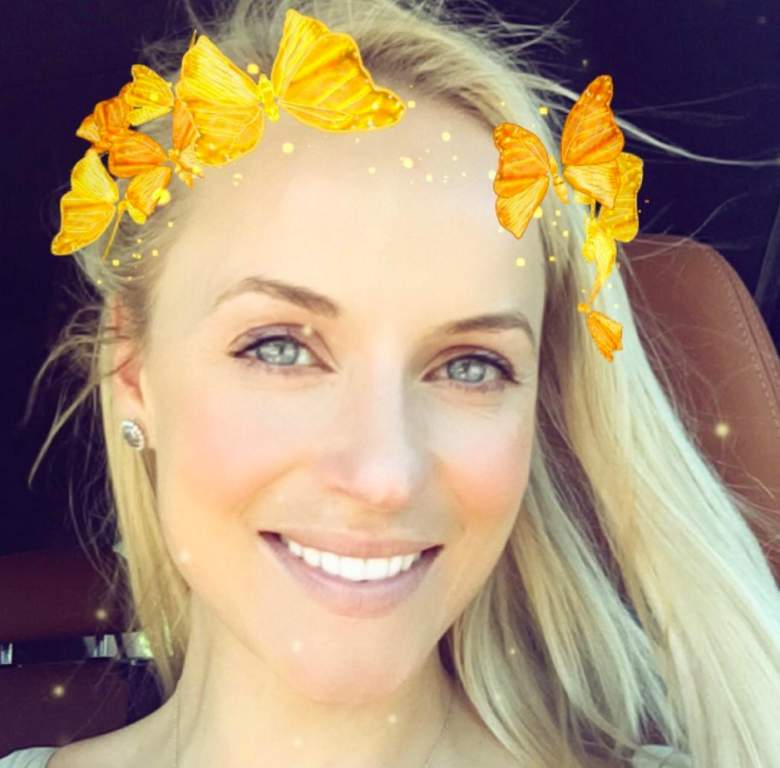 Woodward was born into a family of six children. When she was 16, she was offered a place in the Carlton Television Junior Workshop in Nottingham. She then went on to study singing, acting, and TV presenting, to earn her HND.

In 2001, Woodward was named Miss Mansfield and Sherwood Forest. She was also a finalist at the Miss England beauty pageant. During her stint as an actress, Woodward gained success in shows like Ghost Squad and Doctors. In 2002, she was a competitor on Popstars: The Rivals, and was one of 13 finalists.

During the 2011 season, Casey went through a devastating divorce with his now ex-wife, Jocelyn Hefner, after three years of marriage. Hefner is a distant cousin of infamous playboy, Hugh Hefner.

In November 2011, Casey opened up to The Telegraph about the divorce, saying that his career was “costing Jocelyn her dreams.”

Jocelyn was an amateur horsewoman, and had a “fantastic” way with animals, in the words of Casey. She was also interested in interior designing, but was forced to quit her course because of Casey’s demanding schedule. Speaking to the Global Golf Post about the divorce, Casey said, “It was a mutual decision — very sad but for the best. Now she is working as a therapeutic riding instructor and making a great success of it. It’s something she wanted to do.” 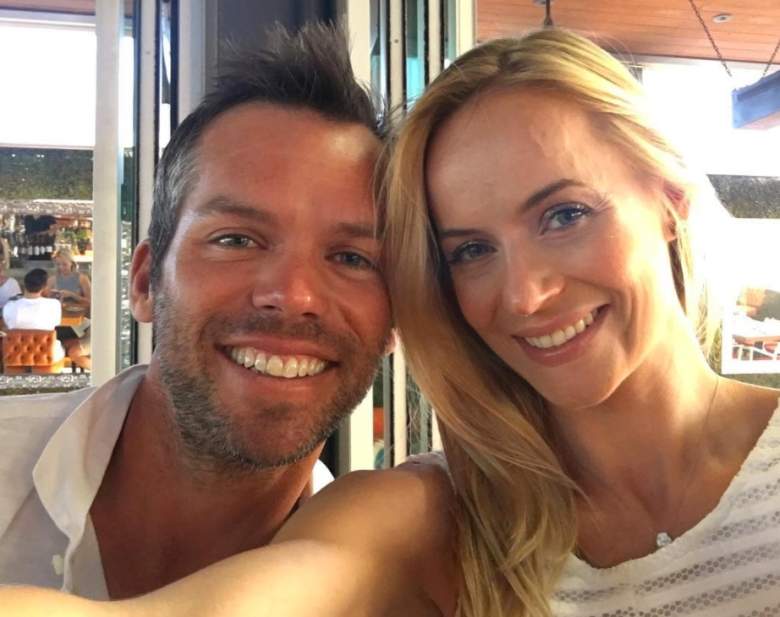 Woodward and Casey met in Abu Dhabi in 2011 shortly after their respective divorces.

In 2014, Peter Kostis, Casey’s longtime swing instructor and mentor, spoke to Golf Digest about his divorce and subsequent relationship (and now marriage to) Woodward. Kostis has said that both the former model and his new son have done wonders for Casey’s game. Speaking about Woodward at the start of the couple’s relationship, Kostis said, “I think this new relationship means everything to him. She’s everything he needs . . . positive, funny, upbeat all the time, the soul mate he’s needed.” 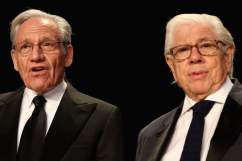