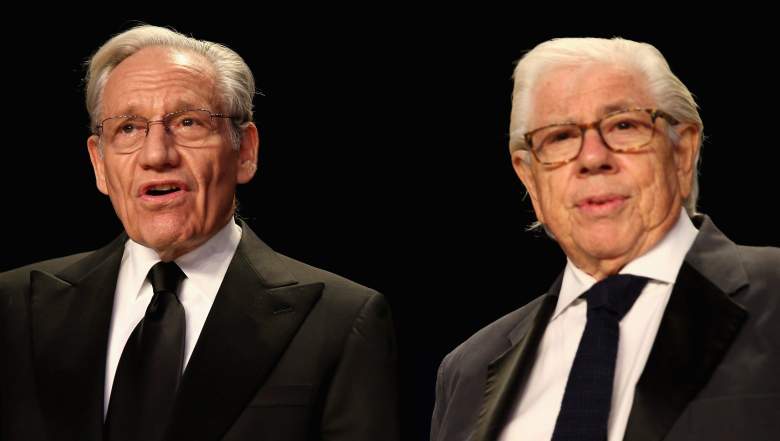 In the mid-1970s, Bob Woodward and Carl Bernstein emerged as the country’s most famous young journalists after uncovering many of the details behind what’s considered the biggest political scandal in American history. Their endless research, investigating, and reporting eventually let the indictment of 40 White House officials, and eventually, President Nixon’s resignation.

Tonight, ABC News’ 20/20 will speak to key players in the Watergate Scandal on its 45th anniversary– two of whom will be Woodward and Bernstein. The episode will air Friday at 9pm ET/PT on ABC.

Read on to learn more about Bob Woodward and Carl Bernstein.

1. Woodward and Bernstein Helped ‘The Post’ Win the Pulitzer Prize for Public Service in 1973 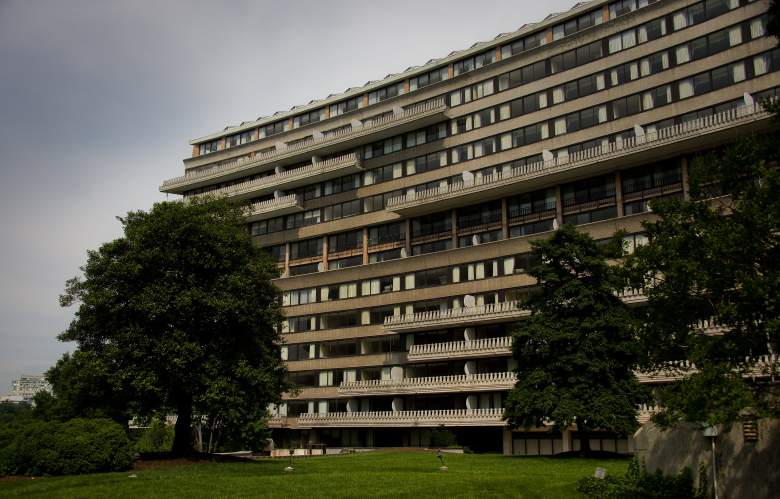 html”>as the Post internally referred to them at the time, “Woodstein”.  The duo’s efforts in tracking down sources and getting to the root of infamous 1972 burglary that eventually unearthed a massive political scandal have not been forgotten to this day. Woodward and Bernstein’s work is often referenced in the world of journalism, and Gene Roberts, the former managing editor of The New York Times, has called Woodward and Bernstein’s Watergate coverage “maybe the single greatest reporting effort of all time.”

Bob Woodward, 74 today, is the author of 18 non-fiction books– all of them have become national bestsellers and he has earned the title of having more #1 non-fiction bestsellers than any contemporary author, according to his site These days, he works as an associate reporter at The Post. Woodward’s former partner, Carl Bernstein, also remains a reporter to this day, and is a regular political commentator on CNN. He has also penned a number of books, himself– the most recent being A Woman in Charge: The Life of Hillary Rodham Clinton. As a contributing writer, Bernstein has written for Vanity Fair, Time, USA, Today, Rolling Stone, and The New Republic.

2. They Both Spoke at the White House Correspondents’ Dinner in April

In April, Woodward and Bernstein spoke at the White House Correspondents’ Dinner. President Trump was not present at the event– it was the first time a current president did not attend since 1981, the year Ronald Reagan missed the dinner because he was recovering from an assassination attempt.

At the podium, Bernstein made the argument that good journalism is a necessity in a society in which tensions are high between the White House and the media. He also commented on how Nixon’s targeting of the media was a direct ploy to distract people from his own misdoing. CNN reports Bernstein as saying, “Richard Nixon tried to make the conduct of the press more the issue in Watergate instead of the conduct of the President and his men. We tried to avoid the noise and let the reporting speak.”

When Woodward addressed the audience, he did not discredit 2017 mainstream media, but he did say that its current state needed “critical reflection.” “Our reporting needs to get both fact and tones right,” he said. “(T)he effort today to get the best obtainable version of the truth is largely made in good faith.”

Woodward finished his speech by addressing President Trump, even though he wasn’t in attendance. “Mr. President, the media is not fake news. Let’s take that off the table as we proceed.”

3. Bernstein Was the Man Who Learned That a $25K Check for Nixon’s Reelection Was Deposited in One of the Burglar’s Bank Accounts 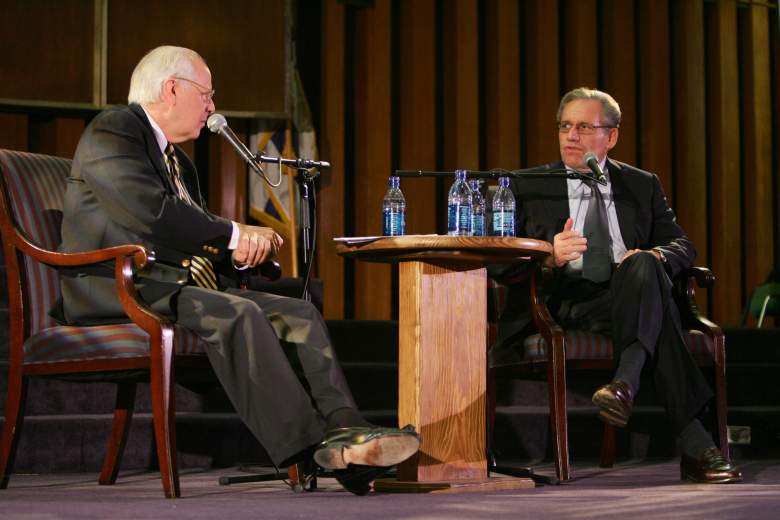 When Woodward and Bernstein started working on the story, all they knew was that police said the men who were arrested inside the DNC offices in the Watergate complex were from Miami, wore surgical gloves, and carried thousands of dollars in cash, according to a Washington Post Article.

Within 48 hours, the two had discovered that one of the burglars– James McCord– was on the payroll of Nixon’s reelection committee. It took just weeks for further investigating for Bernstein to learn that a $25,000 check for the president’s reelection campaign had been deposited into one of the burglar’s bank accounts. According to the Post, the article published after this discovery, titled “Bug Suspect God Campaign Funds”, was the first that linked the burglary to Nixon’s campaign funds.

Bernstein and Woodward continued to investigate the story– their key source in all the research was a man named Mark Felt, an FBI agent whose name was kept confidential and was referred to as “Deep Throat” until more than 30 years after the scandal.

4. Woodward Enrolled in the Navy After Studying at Yale College 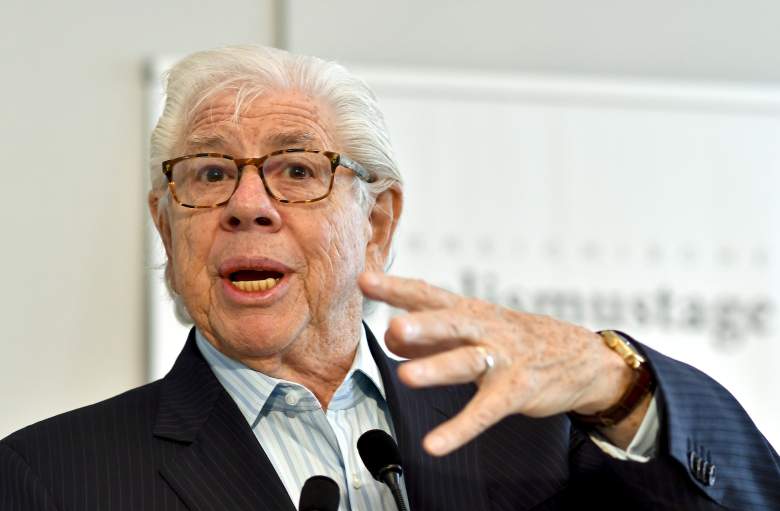 US-Journalist Carl Bernstein reacts during a press conference in Vienna, Austria, on May 5, 2017.
While a young reporter for The Washington Post, Bernstein together with with Bob Woodward did much of the original news reporting on the Watergate scandal. (Getty)

Woodward was born and raised in Wheaton, Illinois, a suburb of Chicago, and attended Yale University with an NROTC scholarship (Naval Reserve Officers Training Corps). He received his BA in English literate in 1965, and was subsequently spent five years on duty in the US Navy. He was discharged as a lieutenant in 1970 and, although he was accepted to Harvard Law School, he instead chose to pursuee a job at The Washington Post, where he was eventually hired in 1971. Woodward had not even on board at The Post for a year when the call came in about the burglary at the Democratic National Committee headquarters at the Watergate complex.

Bernstein, meanwhile, hailed from Washington, DC, and started working at The Washington Star as a copy boy when he was just 16. He attended the University of Maryland, but dropped out early in order to pursue a job as a full-time reporter. In 1966, Bernstein was hired at the Post, and specialized in police, court and city hall assignment.

5. Their Book, ‘All the Presidents Men’, Chronicles Their Investigative Experience on the Watergate Break-In

In 1974, Carl Bernstein and Bob Woodward joined forces to write a non-fiction book about their investigative experiences uncovering the details of Watergate. It also delves into accounts of Woodward’s secret meetings with Deep Throat. 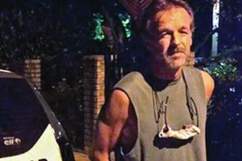