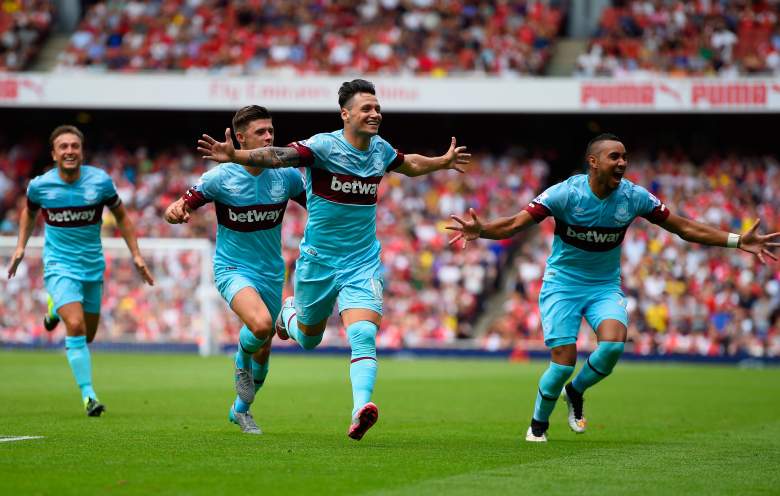 Mauro Zarate (C) and West Ham got off to a dream start with a 2-0 win over Arsenal on Sunday. (Getty)

Reece Oxford made his Premier League debut and West Ham scored a goal on either side of halftime to secure a shock 2-0 win over Arsenal at the Emirates to start the 2015/2016 season on the highest possible note.

The win ended a string of 14 straight Premier League matches (15 overall) without a win against their London rivals. Cheikhou Kouyate and Mauro Zarate got the goals for the Hammers, and goalie Adrian made six saves for the clean sheet.

Alexis Sanchez came on a substitute in the 67th minute despite being doubtful for the match due to rest from this summer’s Copa America tournament. He made an impact by creating chances for the Gunners, but they were unable to get back into the match.

Check below for all the stats and highlights of the match.

Oxlade-Chamberlin Dizzied the West Ham Defense With This Weaving Run

Chances were few and far between early in the match, but this run by Oxlade-Chamberlin made the West Ham defense look silly. Santi Cazorla had a half chance from the cross, but he put the ball onto the roof of the net.

#VIDEO GOAL! Petr Cech on the sauce, diving at shadows…Kouyate not a man to turn down free things…1-0 West Ham. pic.twitter.com/7kOPROgiEJ

A simple free kick lofted into the box by Dimitri Payet was met by the head of Cheikhou Kouyate, who got ahead of an onrushing Petr Cech and headed it into the empty net. The 6-foot-4 Senegalese midfielder scored his sixth goal for the club.

Cech was beaten again when Mauro Zarate chased down a ball on the edge of the box, made a quick turn and fired a shot that went right in off the post to give West Ham a shock 2-0 lead with 30 minutes to play. Cech appeared screened by his own defender; Zarate is making only his eighth appearance for West Ham after being loaned out to QPR last year. 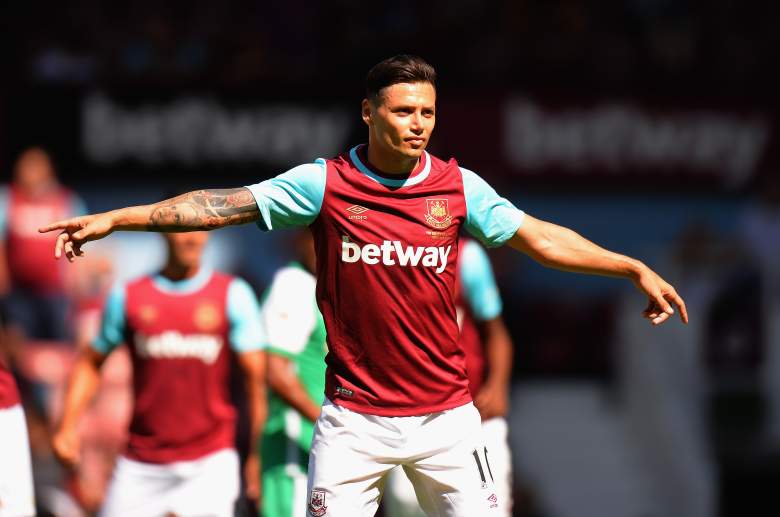 Will Mauro Zarate improve in his second season with the Hammers? (Getty)

Though Arsenal enter Sunday’s Premier League opener with plenty of momentum, manager Arsene Wenger already has an injury headache. Jack Wilshere suffered a fracture in his ankle before the Charity Shield and will miss a month, while forward Alexis Sanchez will miss the opener, as will Tomas Rosicky and Danny Welbeck.

Wenger still has plenty of firepower in the form of Theo Walcott, Alex Oxlade-Chamberlin and Santi Cazorla to create goal-scoring opportunities.

The Hammers will be led onto the pitch by new manager Slaven Bilic, who spent the last two seasons at Beşiktaş. Bilic spent two seasons as a player with West Ham in the mid 1990s, and also played with Everton. Bilic became a manager in 2001, and led the Croatian national team to the quarterfinals in Euro 2008.

West Ham will still be without forward Andy Carroll, who was injured in February but is close to returning. 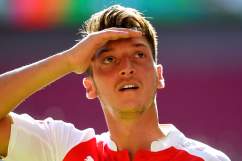 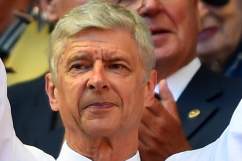 How to Watch Arsenal vs. West Ham Live Stream Online 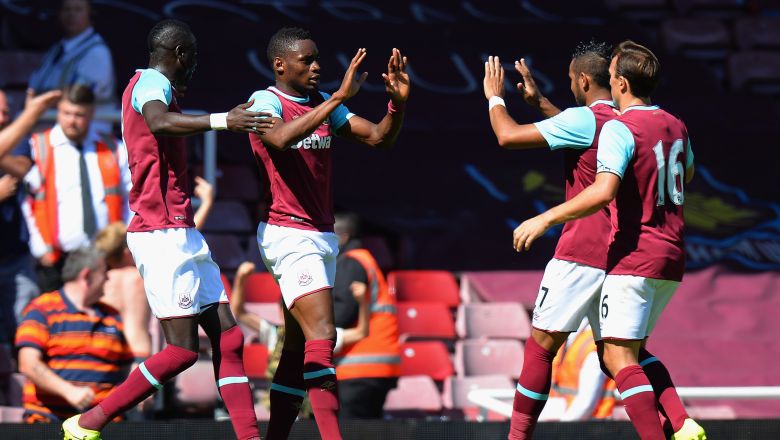 Read More
Soccer
Cheikhou Kouyate and Mauro Zarate scored goals to lift West Ham to a shock 2-0 win over Arsenal at the Emirates on Sunday.