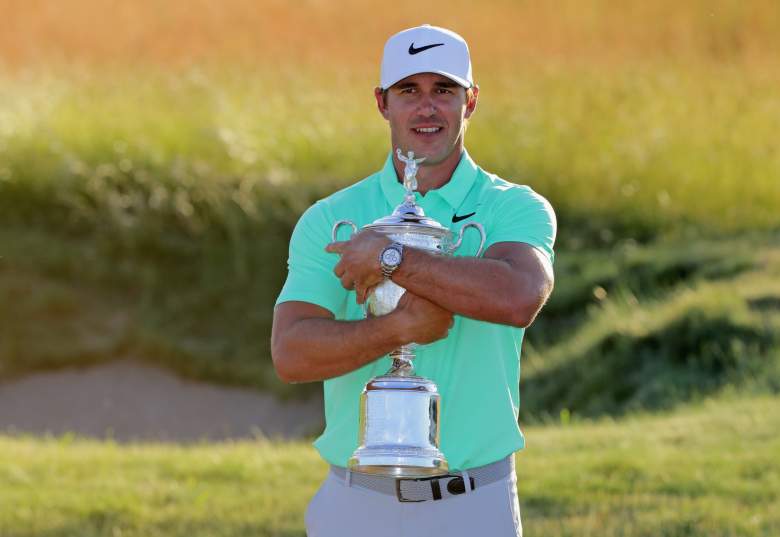 Brooks Koepka poses with the winner’s trophy after his victory at the 2017 U.S. Open at Erin Hills on June 18. (Getty)

Brooks Koepka stood atop a hill at Erin HIlls Golf Course on June 19 in Wisconsin gripping the U.S. Open Championship Trophy tight to his chest.

The 27-year-old professional golfer just won his first-ever major, and he did it in impressive fashion. Koepka had 13 birdies and just one bogey on the back nine through four rounds on the back nine and hit 62 of 72 greens in regulation. Heading into championship Sunday, he had a share of the lead and shot a 5-under-par 67 to seal the deal.

Here’s what you need to know about Koepka:

Born and raised in Wellington, Florida, Koepka opted to stay close to home for college, playing four years at Florida State University. He won three events with the Seminoles and was named a three-time All-American. Koepka, who majored in social science, was also named a two-time ACC Golfer of the Year honoree, one of only six athletes to earn the honor more than once.

Koepka was a three-time All-American at FSU and averaged 71.85 strokes in 133 rounds, recording one of the most storied golf careers in school history. Koepka qualified for the 2012 U.S. Open as an amateur but did not make the cut. 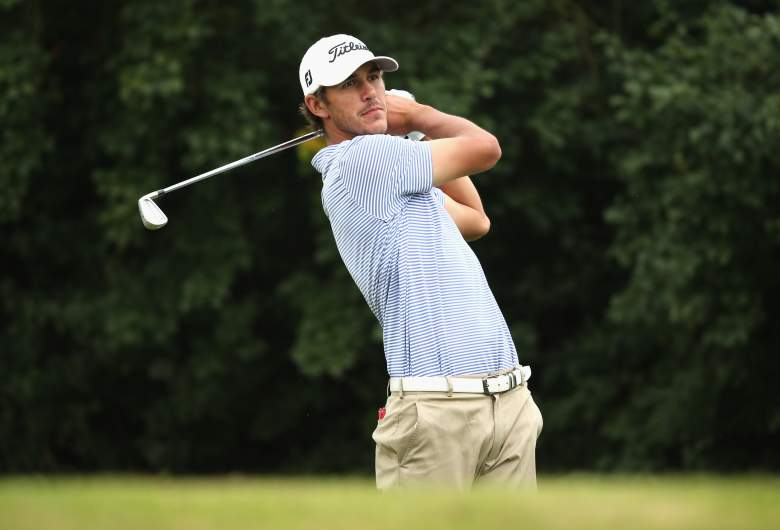 Koepka announced his intention to turn pro in the summer of 2012 and began his career playing on the Challenge Tour in Europe. His first victory came shortly after when he won the Challenge de Catalunya in September. In 2013, Koepka also notched victories at the Montecchia Golf Open and the Fred Olsen Challenge de Espana, where he set the tournament record and won by 10 strokes.

He made his debut as a member of the European Tour in 2013 as well, playing at the Scottish Open and notching a twelfth place finish. In 2014, at the U.S. Open, Koepka finished in fourth, earning him his PGA Tour Card. He was nominated for PGA Tour Rookie of the Year that season.

Koepka is friends with fellow pro golfer Dustin Johnson, who he said called him the night before his U.S. Open victory. On the long phone call, Johnson told Koepka that he had what it took to get the job done.

“He watched me play,” Koepka said of Johnson. “I thought I played pretty solid on Tuesday. And he said he was pulling for me and just hang in there. It will happen.” 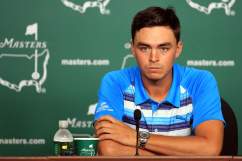 After two years of cris-crossing the world on the international circuit, Koepka, finally, notched his first PGA Tour title with a come-from-behind victory at the Waste Management Phoenix Open in February.

Koepka recorded an eagle on the par-5 15th hole to take a share of the lead and watched as his fellow golfers mistakes left the road to a championship wide open for him. He explained the moment, telling the Associated Press:

It’s unbelievable. I didn’t think I would work my way up this quickly, but playing the Challenge and European tours led to this. And especially the failure I’ve had. I can’t tell you how much I learned from that.

Koepka finished 15-under and the victory catapulted him to No. 19 in the world rankings.

The title was one of his two victories on the PGA Tour.

Prior to his 2017 U.S. Open Championship victory, he finished within the top five at a major tournament just once — 2016 at the PGA Championship.

4. Koepka Has an Injury-Plagued Past 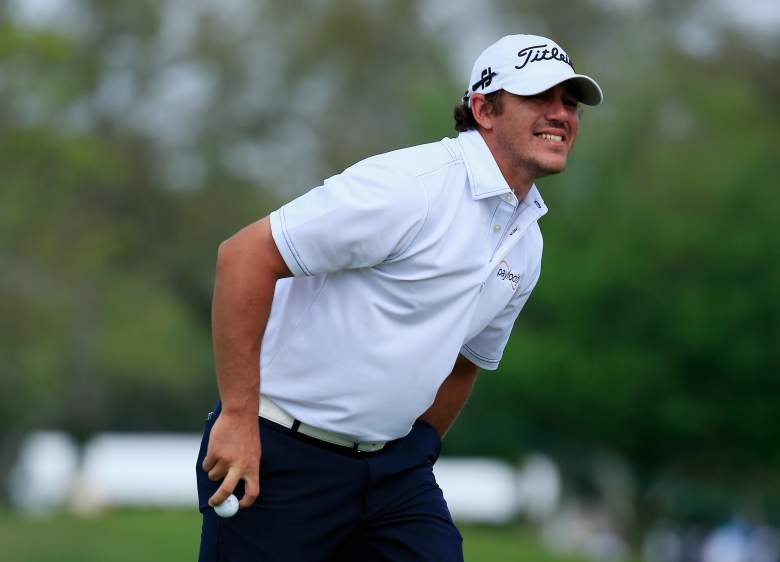 The 2015 season wasn’t on the green for Koepka, who battled a rib injury for months. He was forced to withdraw from the Arnold Palmer Invitational with a disloacted rib in his lower left back. It was the first time the Koepka had ever withdrawn from an event.

Despite his best efforts to rehab the injury, Koepka struggled to get back into the metaphorical and literal swing of things since. The injury bothered Koepka during his inaugural Masters as he continued to flinch when he followed through, forcing him to lift up his arm and affecting his range.

During the 2016 season, Koepka battled through another injury, this time an ankle injury. He was forced to withdraw from the Bridgestone Invitational, and the ankle haunted him at the PGA Championship.

5. Koepka’s Mother Was Diagnosed With Breast Cancer in 2011 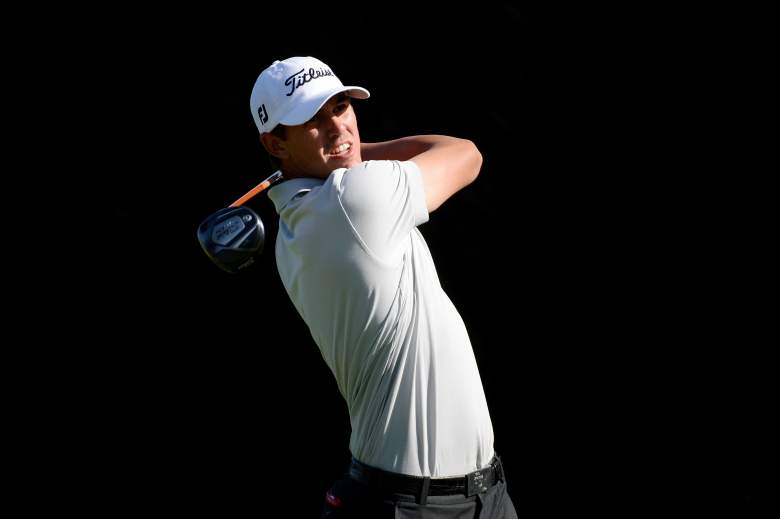 It’s 2011. Koepka is on a golf-cloud nine after winning his first-ever collegiate title. As far as the Florida native was concerned, nothing could bring him down. Until he got news that could.

Koepka’s mother, Denise, had been diagnosed with breast cancer, fighting a rare form called triple negative. She underwent a double mastectomy with Koepka and his younger brother Chase by her side. Suddenly golf wasn’t simply a sport for Koepka, it was a way to honor his mother and her fight without being home. He was playing for her. Koepka explained the mindset to Golfweek:

I’m pretty self-motivated and I had a lot of growing up to do. I needed to re-focus. (I needed to) be driven so I can get to my goal of being on the PGA Tour. I had to make some decisions. It helped me get focused on what I wanted to do with my life. I have to give my brother a lot of props on that. He pushed me toward it. He pushed me to see what I could do.

When Koepka made his U.S. Open debut in 2012, he was still playing for his mother, who had completed her final round of chemotherapy just a few weeks before. She is now cancer-free but Koepka, no matter what, continues to play for her. 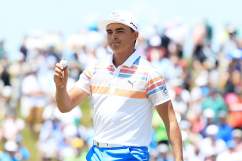