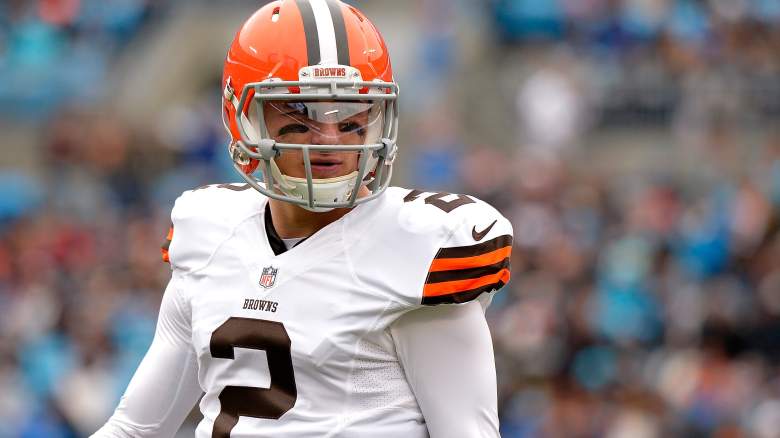 Alfred Morris, WAS: 8 carries for 42 yards

Andre Roberts, WAS: 4 catches for 71 yards

Rashad Ross, WAS: 5 catches for 68 yards

GIF: Browns are still the Browns, but Pierre Garcon drops a perfect pass from RGIII pic.twitter.com/ku7Mz7A3S8

On the game’s opening drive, Garcon completely lost Justin Gilbert, who was filling in for Joe Haden, but he let the throw from Robert Griffin III slip right through his hands. Washington ended up punting, and RGIII finished the drive 1-of-3 for nine yards.

On his debut drive with the Browns, McCown methodically marched the offense 75 yards down the field, going 5-of-5 for 33 yards, with a pass interference call accounting for another 35. After scrambling away from the oncoming rush, he finished the drive with a two-yard completion to an open Benjamin in the back of the end zone.

Washington turned to the running game on its second drive, as Morris rushed for 32 yards on a 66-yard drive that ended in a short field goal from Kai Forbath to make it 7-3.

Unfortunately for Washington, tight end Niles Paul suffered an atrocious-looking ankle injury on the drive and had to be carted off the field. 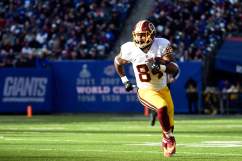 Following a fumble by Andre Roberts in his own territory, Johnny Manziel delivered a strike to Brian Hartline to get the Browns into the red zone, and three plays later, he showed off his special athleticism with a 12-yard scramble for a score.

Manziel’s first two drives saw him complete three of his four throws for 24 yards to go along with the TD run.

Cousins with the TD run, trying to match Manziel https://t.co/cSoIczqAVy

Cousins, once a highly-regarded backup who struggled as a starter last season, looked extremely sharp on his first drive, completing all four of his throws for 73 yards. He capped the march with a four-yard jaunt into the end zone on the QB keeper.

Cousins with QB keeper for TD. Weird – few roll outs, sneaks etc for Cousins. Wonder if those "QB on the move" plays will be used for RG3

Andre Roberts, who had the earlier fumble, was Cousins’ favorite target, catching three balls for 62 yards.

Kai Forbath added a 52-yard field goal later in the quarter to cut Cleveland’s lead to 14-13 just before halftime.

Early in camp, Trey Williams a little indecisive on his runs. Not there; knew he had to hit it fast and did. TD. Redskins up 20-17

After Carey Spear extended Cleveland’s lead with a 47-yard field goal, Washington fired right back with a 68-yard drive. It was a nice mix of run and pass, as Cousins continued to look sharp, and Chris Thompson added a couple nice runs.

Williams, an undrafted rookie from Texas A&M, finished the drive with a one-yard touchdown run.

A bit unsurprisingly, both offenses sputtered for most of the second half. For Cleveland, Connor Shaw got three series’ and didn’t turn them into any points, and Thaddeus Lewis fared even worse. Just his second throw of the game sailed high on rookie Vince Mayle, who let it slip through his finger tips and into the hands of Washington’s Akeem Davis.

Akeem Davis someone just came up with a game-sealing interception – probably – despite playing with a club on his broken hand.

Finally, the speculation, the rumors and the reports from practice that may or may not be–but probably are–exaggerations can come to a momentary halt. For the first time since December, fans of the Washington Redskins and Cleveland Browns can watch their team compete in live game action.

Much of the focus in this one, of course, will be on the quarterbacks. The pressure is quickly rising on Robert Griffin III, who has battled injuries and inconsistent play since his transcendent rookie campaign. He is expected to play “at least a quarter” against Cleveland’s secondary, which is one of the best in the league, so don’t write this off just because it’s the preseason.

On the other side of the field, Johnny Manziel is locked in as the No. 2 QB behind Josh McCown. However, after a tumultuous rookie season, he has impressed during training camp, and it will be intriguing to see if that newfound success carries over to the game.

Those two are just the tip of the iceberg when it comes to players to watch, as newcomers, rookies and players fighting for roster spots will all certainly be the focus of this exhibition. Keep it locked here for all the updated scores, stats and highlights as the game plays out. 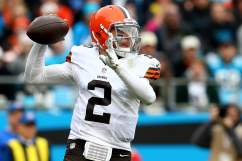 How to Watch Redskins vs. Browns Live Stream Online