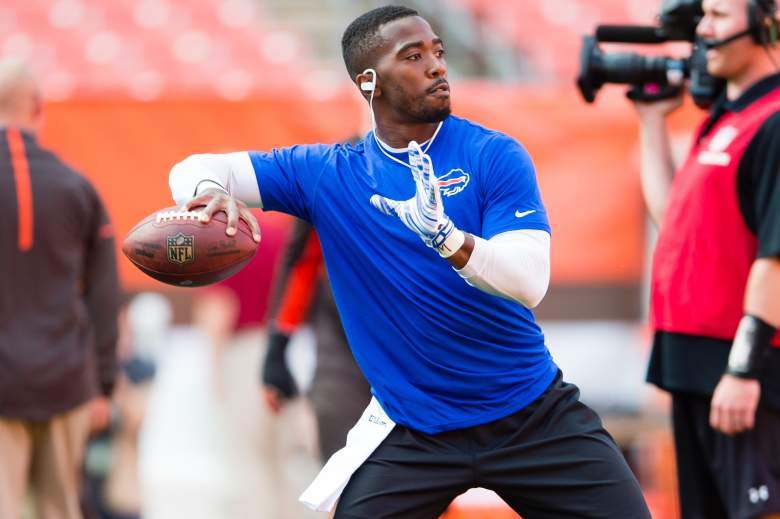 Tyrod Taylor will get the first crack at quarterback for the Bills. (Getty)

The Buffalo Bills defeated the Indianapolis Colts 27-14 on Sunday in the first game of new Bills coach Rex Ryan.

The Bills held the Colts out of the end zone until the third quarter, and used several big plays to put up points themselves.

Bills quarterback Tyrod Taylor was efficient in his first start, not throwing an interception and passing for close to 200 yards 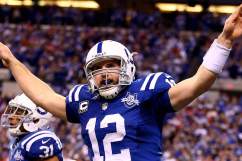 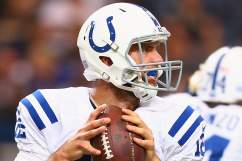 The Bills defense shut down the Colts offense early, including this interception by Bills defensive back Ronald Darby.

In what could be a deadly combination for opposing teams, Tyrod Taylor found Percy Harvin for a 51-yard touchdown. Taylor’s deep ball beat the Colts secondary with ease.

Second string running back Karlos Williams burst past the Colts secondary and into the end zone to put the Bills in cruise control.

Luck and the Colts offense began to find rhythm a little bit in the second half, and it resulted in points on the scoreboard. Luck threw touchdowns to Donte Moncrief and Dwayne Allen to pull the Colts to within 27-14 with six minutes left. 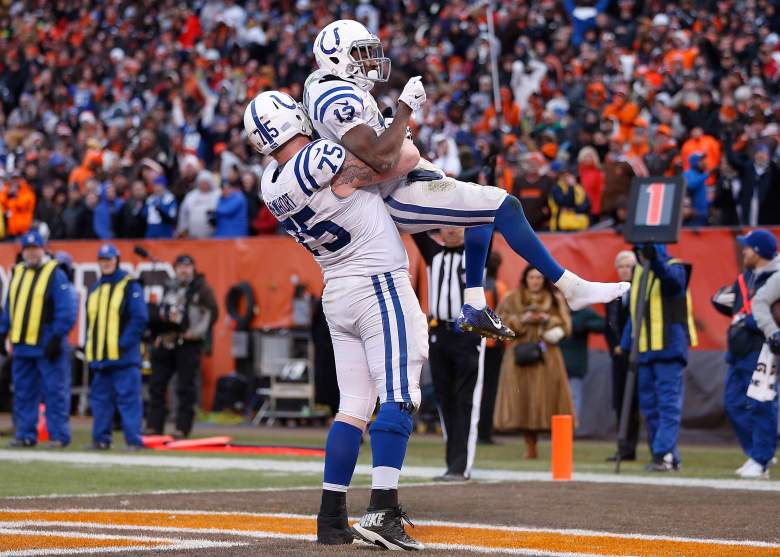 T.Y. Hilton (R) got a new contract during the preseason. (Getty)

Injuries have taken a toll on the Colts, especially at the running back position. New back Frank Gore and undrafted rookie Tyler Varga are the two lone healthy backs at the moment for Indianapolis, putting even more pressure on Pro Bowl quarterback Andrew Luck and his talented group of receivers to carry the offense.

That may be risky in Rex Ryan’s first game as Buffalo head coach. The defensive genius inherits a Buffalo defense that led the NFL with 54 sacks in 2014.

Second corner Greg Toler is also at risk of missing the game.

The Bills don’t have any major injury worries heading into the game. Running back LeSean McCoy is “ready to roll” for his new team.