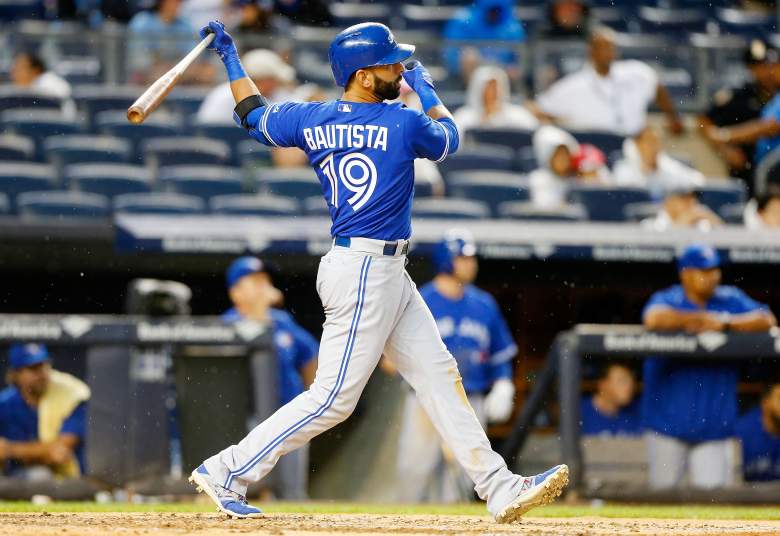 Jose Bautista is averaging 19 fantasy points over his past 3 games. (Getty)

Heavy’s partners at DraftKings are at it again with another Millionaire Maker fantasy contest, this time for baseball.

Sign up with DraftKings here and enter the $2.5 Millionaire Maker fantasy baseball contest set for Tuesday, September 15. Turn your $20 entry fee into the top prize of $1 million.

As mentioned above, first place wins $1 million of the $2.5 million guaranteed total purse.

The contest gets underway at 7:05 p.m. Eastern on Tuesday and it will contain only players from the 15 evening MLB schedule. The Cubs-Pirates play an afternoon game, so players from those teams will not be included in the contest.

The rules are simple: fill a roster of 10 players — 2 pitchers, 1 catcher, 1 first baseman, 1 second baseman, 1 shortstop, 1 third baseman and 3 outfielders — with a salary cap of $50,000. The better your selected players do on the field Tuesday night, the better your fantasy team does, the more money you make.

A couple of aces will be on the hill tomorrow night in the Mets’ Jacob deGrom ($11,900 vs. the Marlins) and Seattle’s Felix Hernandez ($11,200 vs. Angels). The Nationals’ Stephen Strasburg ($9,800) is averaging 25 fantasy points in his past 6 starts and will start in Philadelphia against the Phillies, who are hitting .233 as a team over the past week.

Might be wise to load up on the Nationals’ batters as they’re facing Phillies’ righty David Buchanan, who has allowed 22 runs in his past 9 total innings pitched.

Also, the Rockies are sending out left-hander Chris Rusin to face the Dodgers. Rusin has a 6.75 ERA in two starts this month.

Other offenses facing very hittable pitchers are the Astros (Martin Perez of the Rangers) and the White Sox (Aaron Brooks of the A’s). 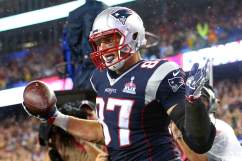