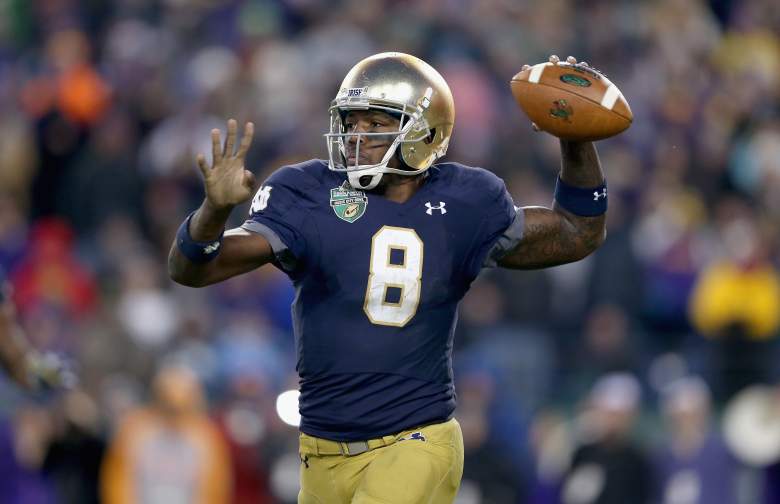 Zaire made his first start in the last game of 2014. Now he’s ready to take the reigns at Notre Dame. (Getty)

Malik Zaire, a junior quarterback who ended the 2014 season on a high note, is set to take over the reigns as the Irish starting quarterback and things are about to change in South Bend. Zaire has a reputation as a runner and while he didn’t have to go through a quarterback battle to secure his spot, the Ohio native is anxious to prove himself.

Here’s what you need to know about Zaire and his road to starting quarterback: 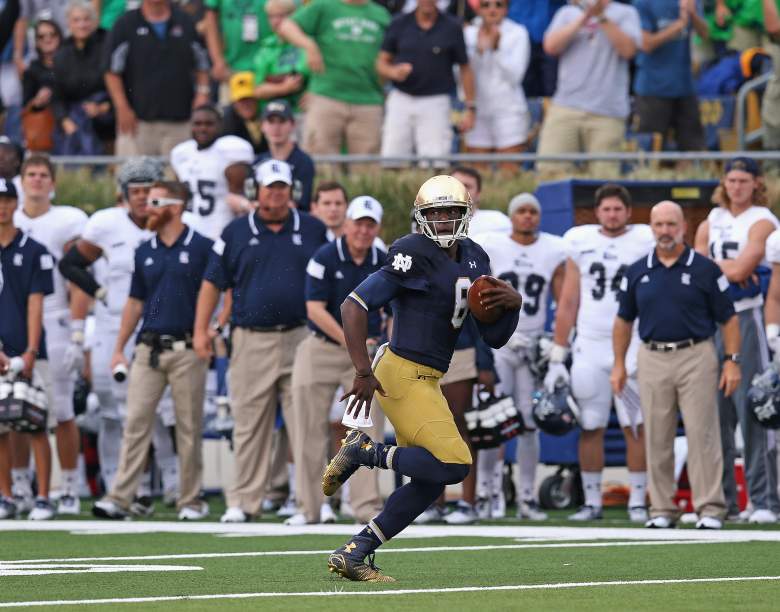 There was supposed to be a bit more battle to this quarterback battle.

Zaire and two-year starter Everett Golson were slated to compete for the job as starting quarterback during Notre Dame’s spring practices earlier this year but it didn’t quite play out that way. Golson announced that he was transferring to Florida State and, without much battle, Zaire was named the Fighting Irish stater.

Although the lead up wasn’t quite as dramatic as expected, Zaire has settled into his role with ease. He’s comfortable in the spotlight, something Golson never seemed, he’s personable and ready for the challenge at hand. And when you’re the starting quarterback at Notre Dame there are certainly challenges at hand.

2. He Was Named the Music City Bowl MVP

After not seeing any on-field action during his freshman season, Zaire started to earn opportunities with the Irish last year. He played in seven of 13 games during his sophomore season and registered his first career start in the Music City Bowl on December 30.

Zaire seized the moment on the national stage and was named the Bowl Most Valuable Player in Notre Dame’s 31-28 victory over No. 22 LSU.

By the end of the season, Zaire completed 21 of 35 passes for 266 yards and one touchdown as well as 187 yards rushing and two more touchdowns.

3. Zaire Grew Up in Ohio & Racked Up the HS Football Accolades

The Ohio native attended Archibishop Alter High School in Kettering and was a football standout during his four years. As a senior in 2012 he was named the AP Ohio Division III Southwest District Offensive Player of the Year after racking up 1,990 yards passing and 1,120 yards rushing with 33 total touchdowns.

Coming out of high school, Zaire was rated a four-star recruit by Rivals.com and was ranked the third best dual-threat quarterback in his class. He committed to Notre Dame in March 2012, explaining his decision:

I think the school sets you up, not just for a four-year plan, but for a 40-year plan. I think that’s something everybody should look at in recruiting, a place that can set you up for life after sports and somewhere you would love to be not playing sports. I think if you look at it from that aspect, you’ll definitely find the place that you want to be. 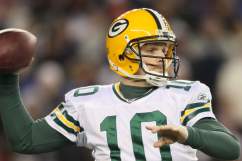 4. He Has a Reputation as a Running Quarterback 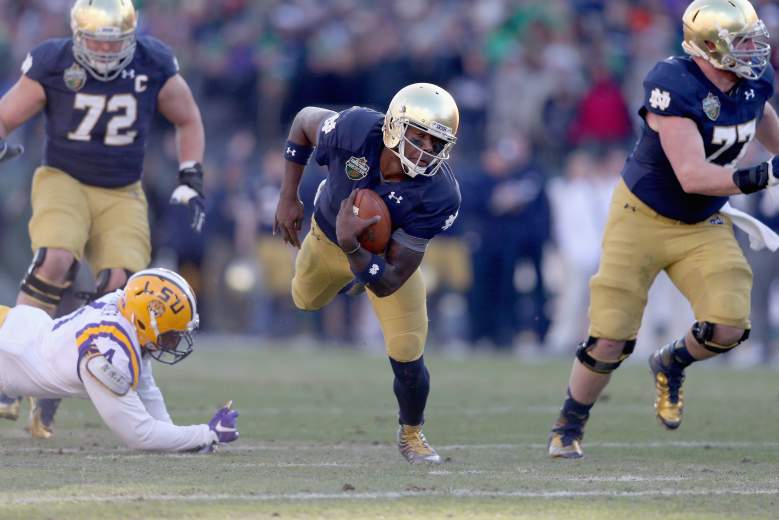 The Zaire era of Notre Dame football is going to look quite a bit different from previous seasons. There will be a considerable amount of running, particularly from Zaire himself.

The junior will still run the same Irish offense – a spread with a dual-threat quarterback – but it will focus on different strengths, including the strength of Zaire’s feet. Offensive coordinator Mike Sanford told USA Today:

There’s probably been a little bit of a shift in our identity from going into spring until now. Because of personnel situations, I think obviously the quarterback, itself, settling that has definitely changed how we’re going to go about attacking defenses, whatever that may be.

It’s a small sample size but in 68 total plays, Zaire’s plays were 48.5% run and he averaged 5.7 run yards per attempt. Since 2008, Brian Kelly has not had a quarterback run the ball on more than 23 percent of snaps but that number, if history is to be trusted, is about to change drastically.

Notre Dame regularly holds summer camps for aspiring football players and this summer was no different. Only, this summer one camper made a bit of a different impact on the field than the usual participant.

He hit Zaire in the head.

The young camper in question was trying to fine tune his passing skills, working through a bit of an on-field obstacle course, but he couldn’t hit the target and instead lobbed a football directly into the Notre Dame starting QB’s head. The vine of the moment immediately went viral.