An Oakland Athletics minor league player is fighting for his life after a shooting at a New York Burger King. The attack happened on the at 12:30 a.m. on September 18 in Yonkers, just outside of the city. The victim is 23-year-old Michael ‘Mike’ Nolan. He’s regarded a promising baseball prospect, but his career has been sidetracked recently due to injury.

1. His Father Says the Family Are Deciding What to Do With Michael’s Organs

His father, Jimmy Nolan, told News 12, that his son was shot in the head and the arm. He described the shooting as a “drive-by.” The situation doesn’t look good with Jimmy saying “It don’t want to have to say it, but I might have to make that decision about donating his organs, this is what I have to do now.” He’s being treated at Jacobi Medical Center in the Bronx. Jimmy Nolan described the incident in more detail to CBS New York saying “He was with a friend of his, getting in the car, he was coming home. They drove by and they took two shots at him — one shot him in the arm, the other shot him in the head.” Michael’s father added “I don’t blame the people who go and get legit guns. The stop and frisk? Better bring it back.” No arrests have been made in the shooting of Nolan.

In 2014, Michael was drafted by the Oakland Athletics but was soon hit by injury, delaying his progress. According to Baseball Reference, he went to college at Oklahoma City University. He stands at 6-foot-7. The Yonkers Daily Voice reports that he was selected in the 18th round of the amateur draft. He’s a left-handed pitcher. He was a graduate of Saunders Trades and Technical High School in Yonkers.

3. Police Are Investigating Links Between the Shooting & Illegal Street Racing

23 year old Mike Nolan shot twice in the head during drive by in Yonkers. Stemmed from dispute over drag racing. pic.twitter.com/nf9usUdpJ9

News 12 reports that the shooting may be related to a drag racing incident that occurred in Yonkers earlier in the week. In July 2014, Christopher Seguinot, 21, was killed during a drag racing accident in Yonkers when his car careered off a bridge. Back in 2006, an illegal drag racer crashed his car through the front of a house. Michael’s last tweet read “I serious I can’t win lol.”

A picture that Michael posted to Twitter during the summer.

During the 1980s, two of Michael’s aunts were killed by a drunk driver in the The Bronx, reports Lo Hud.

According to his Twitter page, Michael Nolan is a Yankees fan and likes to smoke hookah. After the recent 9/11 anniversary, he wrote “To see my pops try to do things to keep his mind off today is crazy smh.” He added “If it ever happens again I would do the same as my pops did because I know it’s what he would do!!!!” 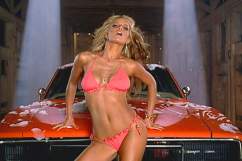