The Washington Redskins defense is facing some big-time questions this week.

Strong safety Duke Ihenacho will miss the rest of the season with a fracture, dislocated left wrist and Redskins coach Jay Gruden has yet to officially commit to a specific starter going forward. Chris Culliver also received a one-game suspension from the league earlier this week and Justin Rogers left last Sunday’s game with plantar fasciitis. That leaves three, pretty large, gaps in Washington’s secondary.

Expect the St. Louis Rams, whose offense was up and down in last week’s OT victory, to try and take advantage of those gaps. Nick Foles threw for 297 yards and one touchdown on just 18 completions last week, breaking up a Seattle Seahawks secondary that was also missing some major components.

Kickoff for the game is scheduled for 1 p.m. ET. Here’s everything you need to know about the matchup:

Channel:
The game will be broadcast regionally on FOX with Dick Stockton and David Diehl in the booth. Click here to see if you live in the broadcast area and find what game is on near you. 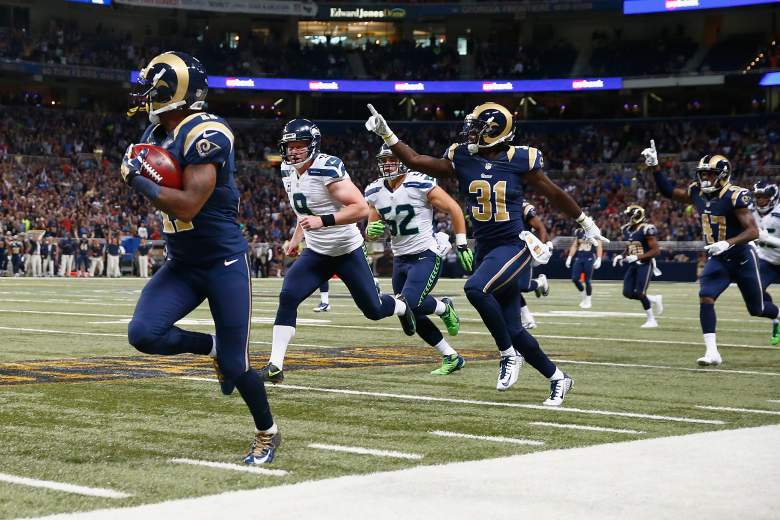 The St. Louis Rams notched one of the most surprising victories of week one when they held on for a 34-31 OT win over the Seattle Seahawks.

But while the final performance was good and the defense held its ground when it mattered, this victory should be taken with at least a few grains of salt. After all, the Rams had committed three turnovers to Seattle’s one and lost the time of possession battle by nearly 10 minutes.

On the flip side, the Rams defense got a major spark from Aaron Donald, who was named NFC Defensive Player of the Week after notching two sacks and 11 total tackles. Meanwhile, Tavon Austin was named NFC Special Teams Player of the week, thanks in large part to his 75-yard punt return for a touchdown.

In the end, it’s important to keep some perspective on St. Louis. Yes, there were very good parts of week one, but there’s still plenty of season left here. 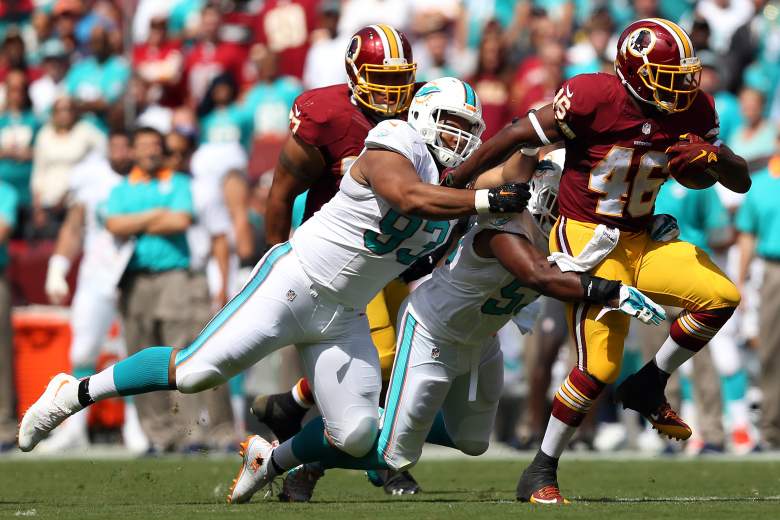 Another game, another test for the Washington Redskins offensive line.

The guys in the trenches held their own against the Miami Dolphins in week one, giving up just one sack on quarterback Kirk Cousins in the season-opener last week. The o-line also opened up some big-time rushing lanes for Alfred Morris, who notched a 121 yards on the ground while the entire team rushed for 161 total yards.

It doesn’t get any easier this Sunday.

The Rams boast a dominant defensive line, sparked by the likes of Chris Long, Aaron Donald, Michael Brockers and Robert Quinn. This is, after all, the same group that stuffed Marshawn Lynch last week. It won’t be easy for Washington, and its young line, to to hold blocks for the second week in a row but the group will have to do just that if Cousins has any hope of jumpstarting this offense. 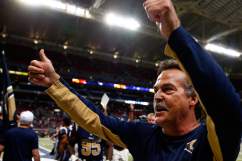