John du Pont is one of the most polarizing figures in U.S. sports history and the once prominent face of the Foxcatcher wrestling team, whose downfall and murder trial went on to capture the nation, is the latest individual to be profiled in the ESPN series 30 for 30.

“The Prince of Pennsylvania” will air on Tuesday night at 9 p.m. ET on ESPN and highlights du Pont’s background, his obsession with athletics and his controversial creation of Foxcatcher. It will also deal with his relationship – and murder – with Olympic wrestler David Schultz.

1. Du Pont Established a Wrestling Facility at Foxcatcher Farms in the 1980s 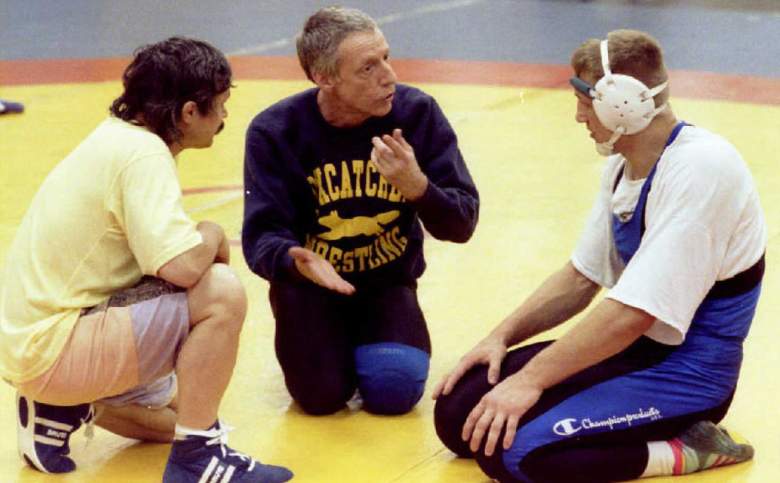 John du Pont poured his time and money into an extensive training facility at Foxcatcher during the late 1980s. (Getty)

A mediocre student, du Pont always dreamt of competing in the Olympics and his focus throughout school was on swimming. “He was a pretty damn good swimmer,” said former swimming coach Buck Dawson, “but not good enough for the Olympics.” He turned his attention, instead, to the modern pentathlon and while he never qualified for the Olympics, du Pont served as the manager of the U.S. pentathlon team at the 1976 Olympics in Montreal.

Du Pont approached Villinova University in 1985 and offered to bankroll the school’s wrestling program. He became the team’s head coach and it was then that he met Mark Schultz and his brother Dave, a gold medalist in wrestling in the 1984 Olympics. In 1998, Villanova pulled the plug on the team over concert that du Pont’s spending on recruiting and trips were NCAA violations.

Once his ties with Villanova had officially been cut du Pont opted to form his own private wretling club at Foxcathcher, hiring Dave Schultz to serve as a team he hoped would make the Olympics. He built a 200-foot-long gym and provided athletes with equipment, housing and a $1,000 monthly stipend. From 1987 to 1995 du Pont also gave upwards for $3 million to USA Wrestling. 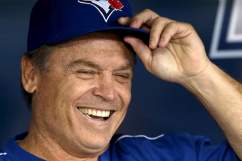 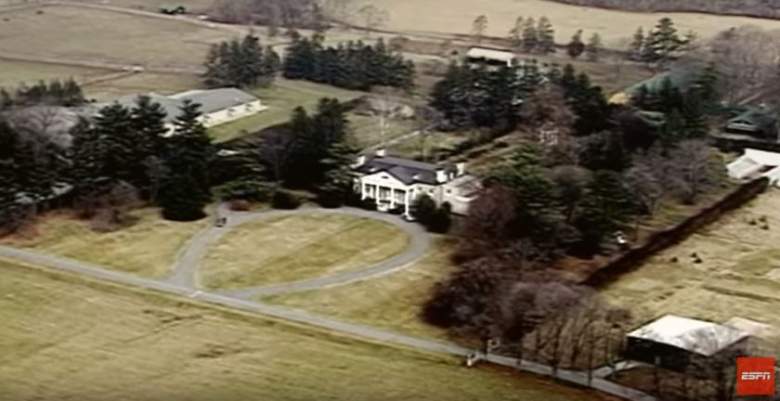 John du Pont and his wife were married for just 10 months before he filed for divorce and wrote her out of his will. (YouTube Screenshot)

At the age of 45, on September 3, 1983, du Pont married Gale Wenk, an occupation therapist who, at the time was just 29-years old. The pair met after du Pont had injured his hand in a car accident.

Although they married quickly, the couple lived together for less than six months and Du Pont filed for divorce after just 10 months of marriage. Wenk responded by filing her own lawsuit for $5 million claiming du Pont had pointed a gun at her head and tried to push her into a fireplace.

The divorce was finalized in 1987 and du Pont excluded Wenk from inheriting any part of his estate, worth an estimated $200 million at the time.

3. Du Was Assembled Enormous Collections of Everything From Stamps to Silverware 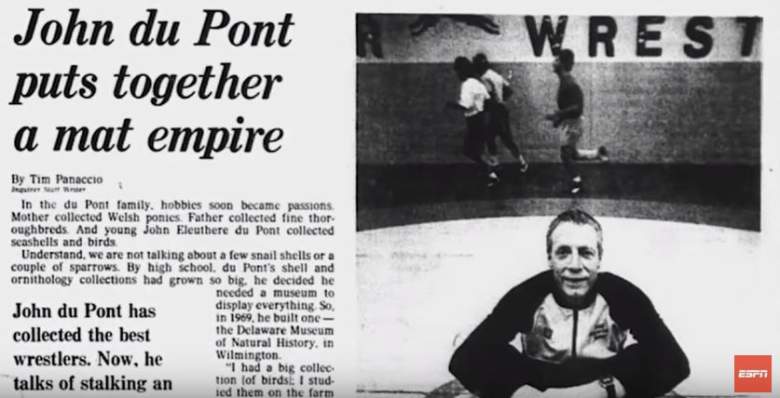 John du Pont didn’t only build a wrestling empire – he was an extensive collector who obsessed over dozens of different endeavors. (YouTube Screenshot)

Du Pont’s interests were fairly expansive and vaguely eclectic. He not only participated in several scientific studies while he was in graduate school but is credited with the discovery of two dozen different species of birds. He founded the Delaware Museum of Natural History in 1957 and, as a young man, served on the board.

He also, of all things, collected stamps.

Du Pont began bidding anonymously in 1980s, paying $935,000 for one of the rarest stamps in the world; the British Guiana 1856 1c black on magenta. After his death, the same stamp was sold at auction for $9.5 million in 2014. According to his will, 80 percent of the sale of the proceeds were to go to the family of Bulgarian wrestler Valentin Jordanov Dimitrov while the other 20 percent went to the Eurasian Pacific Wildlife Foundation.

He continued to buy stamps while he was in prison, but was not allowed to bring them there. Du Pont also assembled massive collections of everything from silverware to tin toys to Staffordshire chine and even a fleet of 50 horse-drawn carriages, including one used in the film version of My Fair Lady.

4. He Was Convicted of Murder in the Third Degree in 1997 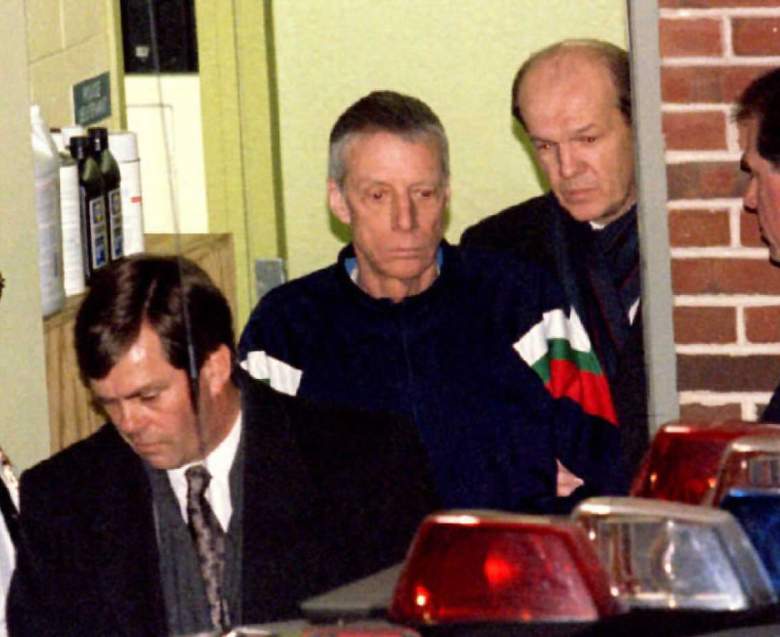 John du Pont was arrested after a two-day standoff at his home following the murder of wrestler Dave Schultz. (Getty)

On January 26, 1996 du Pont shot and killed Dave Schultz in the driveway of Schultz’s home on du Pont’s estate. Schultz’s wife and du Pont’s head of security, Patrick Goodale, were both present and witnessed the murder.

Nearly everyone associated with du Pont was stunned by his actions, including Newtown Township supervisor John S. Custer Jr. who said, “At the time of the murder, John didn’t know what he was doing.”

However, during the subsequent investigation many of those same associates told authorities that du Pont’s behavior in recent weeks had been disruptive and increasingly troublesome. After the shooting, du Pont locked himself in his mansion for two days and negotiated with police on the phone. It was only when police turned off his power and du Pont went outside to fix his heater that he was apprehended by authorities.

Du Pont pleaded “not guilty by reason insanity” but the defense was thrown out by the court and on February 25, 1997 a jury found him guilty of third degree murder and mentally ill. Du Pont was sentenced to 13 to 30 years incarceration by Judge Patricia Jenkins and was denied several appeals as well as parole in January 2009.

In 2014, du Pont’s life and downfall was profiled in the film Foxcatcher, starring Steve Carrell, Channing Tatum and Mark Ruffalo. The film showcased du Pont’s relationship with both Dave and Mark Schultz and was told mostly from Mark’s perspective.

The film received critical acclaim but was criticized by those it profiled, including Mark Schultz who went so far as to threaten to kill the film’s director. He told the Guardian:

I go back and forth. When I saw the film at Cannes last year, that was the first time I had seen the final version. The audience gave it an eight-minute ovation. I was relieved because, while I was watching it, it was really uncomfortable. I was like, ‘That’s not me, that never happened.’ But everybody jumped out of their seats and cheered, and I was like, ‘Holy crap, these people really like this movie.’ Then the publicity started. The first article I read compared it to Behind the Candelabra.

Schultz later apologized and even attended the Oscars with the cast and crew of the film, which was nominated for five Academy Awards including Best Actor for Carrell and Best Supporting Actor for Ruffal. 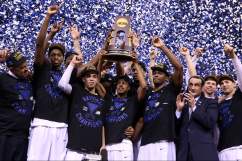