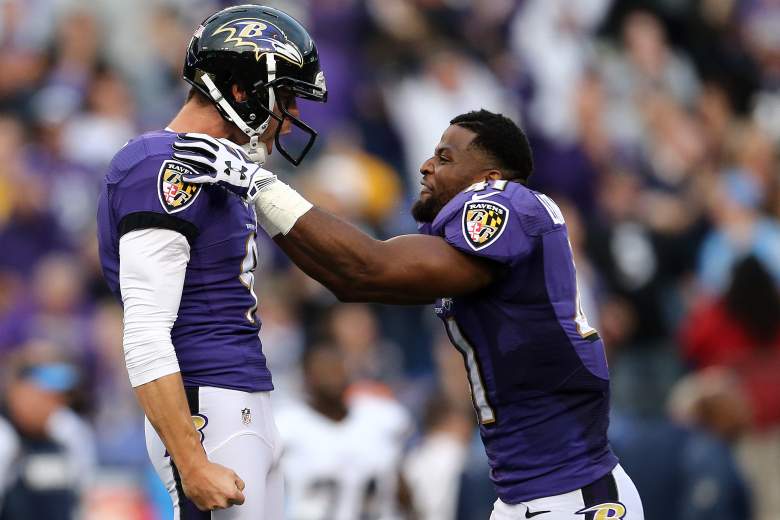 The Ravens notched a last-moment victory before their bye last week and now come in determined to play for another win. (Getty)

The Jacksonville Jaguars probably should have won last weekend.

After all, Blake Bortles threw for a whopping 381 yards, TJ Yeldon rushed for 64 yards and the offense looked strong. Except at the end. The Jaguars notched late-game turnovers that officially changed the tide of the matchup and led to another Jacksonville loss on the road.

It’s another disappointing showing for the Jaguars who actually could have moved into a tie for first place in the AFC South with a victory. Still, things are not completely lost.

Jacksonville faces off against the Baltimore Ravens, a team that has been defensively-defunct all season. In fact, the Ravens are on track to force the fewest turnovers in NFL history this season. Through eight weeks, Baltimore has taken the ball away just four times. That’s not the best.

Kickoff for the game is slated for 1 p.m. ET. Here’s what you need to know about the game’s betting information, per OddsShark: 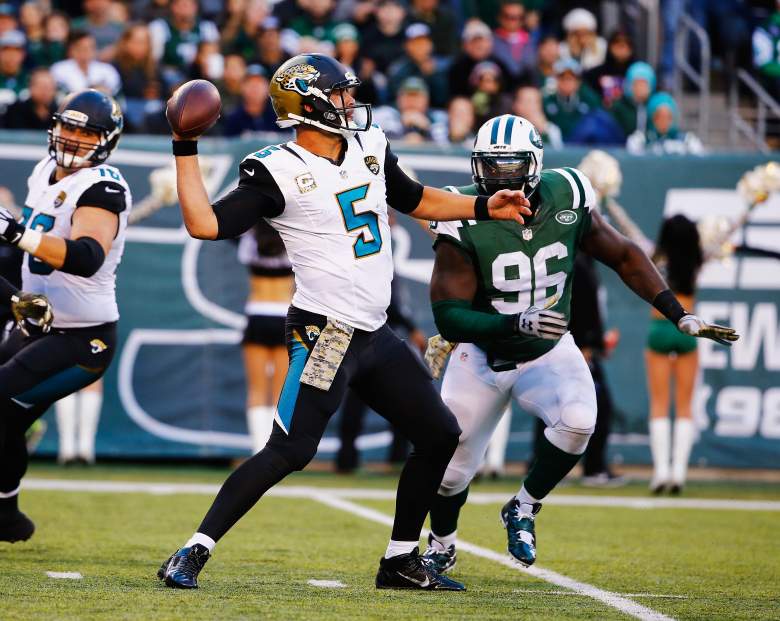 Blake Bortles threw for over 300 yards on Sunday in the Jacksonville Jaguars loss to the NY Jets. (Getty) 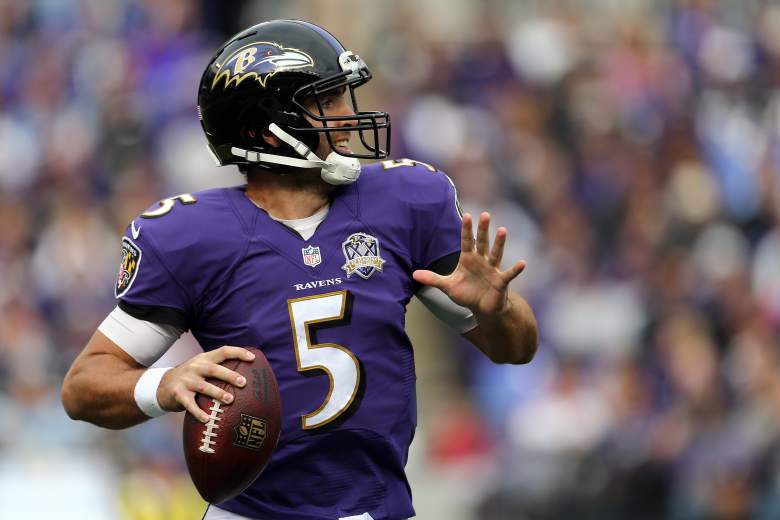 Baltimore Ravens quarterback Joe Flacco has already stepped up as a leader and he’ll have to again this weekend. (Getty)

This game is about Joe Flacco. In fact, if you think about it, the rest of the Baltimore Ravens season rests squarely on the shoulders of Joe Flacco.

The veteran quarterback has endured a disappointing season so far this year, battling through almost-there games and injuries that have kept the Ravens from finding any kind of on-field rhythm.

Still, Flacco has found a way to be a leader.

Flacco led the Ravens to a 29-26 victory over the San Diego Chargers before Baltimore’s bye week, passing for 319 yards and one touchdown. Now, Flacco will have to step up again. There’s no Steve Smith for the rest of the season and the Ravens receiving corps leaves more than a little bit to be desired.

“I think the tendency might be to try to do – in the moment – try to do too much,” Flacco said. “I think the biggest thing is just trying to stay within the rules and do what we can and just keep telling yourself, keep preaching to yourself, that’s going to be the best for the team.”

But if there’s anyone who can lead Baltimore to another victory, it’s Flacco. 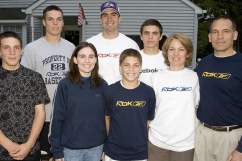