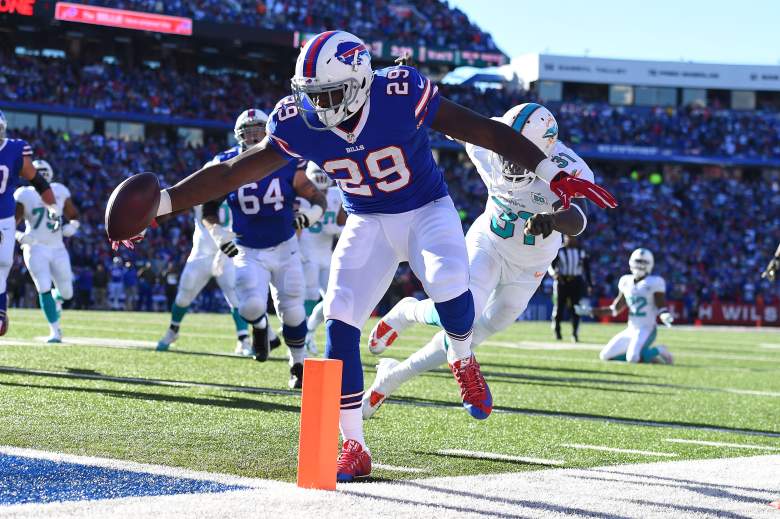 Buffalo Bills running back LeSean McCoy left the game against the Miami Dolphins early in the fourth quarter after sustaining a right shoulder injury. Dolphins defensive lineman Ndamukong Suh tackled McCoy and all his weight landed on McCoy’s shoulder. Though the tackle did not appear malicious, McCoy could miss time.

Regardless of the severity of McCoy’s injury, Karlos Williams is likely to be the number one waiver wire add this week. He is a must add if he is available in your league. Williams already possessed fantasy value with McCoy in the line-up as he has gotten goalline carries for the Bills. He already scored a touchdown in the game before McCoy went out with an injury.

Williams took advantage of the extra carries when McCoy left the game and scored a 38-yard touchdown just a few plays later against the Dolphins.

Williams finished the game with 9 carries for 110 yards and two touchdowns which equated to about 23 fantasy points in standard scoring leagues.

He may have been dropped in your league after missing multiple weeks with a concussion. Williams has scored a touchdown in all five games he has played.

According to FFToday, Williams scored 11.5, 9.7, 17 and 13 fantasy points in the first four games of the season. He missed the next three games after not being cleared under the concussion protocol. Williams showed the Bills today he needs extra carries.

Heavy will continue to monitor the injury to McCoy and update you once more details are released. Williams is worth adding in all leagues even if McCoy does not miss time.

Rex on McCoy's injury: "I know he wanted to go back in the game, so that's a good sign." pic.twitter.com/lPFqAWgglq

Officially, McCoy has a shoulder injury and is questionable for the rest of the game #Bills

LeSean McCoy is heading to the lockerroom after suffering an injury.

Karlos Williams in the 5th rd is another candidate for best value in the 2015 class. Bills added a different dimension with his selection. 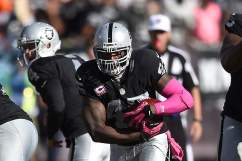