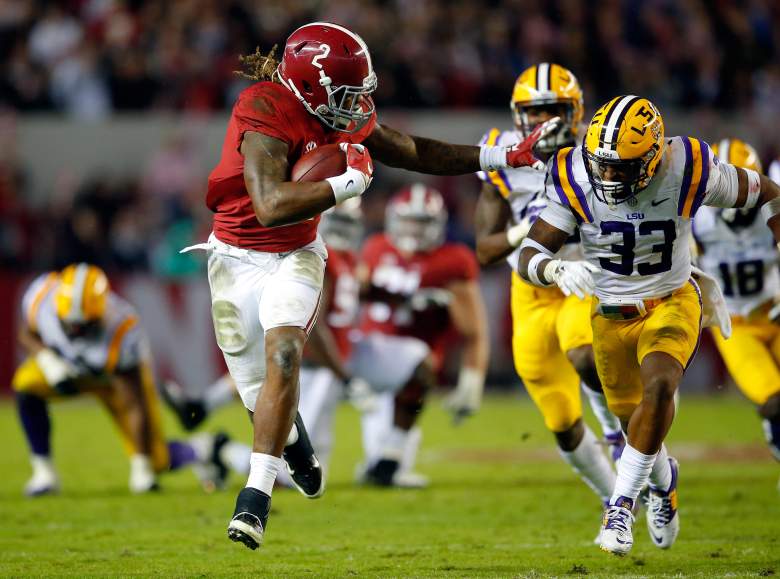 Derrick Henry was the best running back on the field. (Getty)

Alabama displayed a dominant performance against LSU on Saturday night in Tuscaloosa. The Crimson Tide came away with a 30-16 victory.

Alabama had just a 13-10 lead heading into halftime. They controlled the third quarter on offense and defense to break the game open.

While much of the attention heading into the game was on Leonard Fournette, it was the play of Derrick Henry that caught the nation’s attention. Henry had 38 carries for 210 yards and three touchdowns. Fournette had 19 carries for just 31 yards and a touchdown. It was the first time all season he was held to under 100 yards.

With Ole Miss’ loss earlier in the day to Arkansas, Alabama now controls its own destiny in the SEC West. The Gators have already clinched their ticket to Atlanta and the Crimson Tide may be joining them soon.

Here is how Alabama cruised to victory:

Alabama Was Stopped on 4th-and-One

Alabama's Coker is stopped short of the first down. Turnover on downs for UA #LSUvsBAMA

On the first drive of the game, Alabama went for it on fourth down. They decided to have quarterback Jacob Coker keep the ball and try to run for the first down. Coker was stopped short and the play had Alabama fans wondering why the ball did not go to running back Derrick Henry.

The Game Was Tied 0-0 After the First Quarter 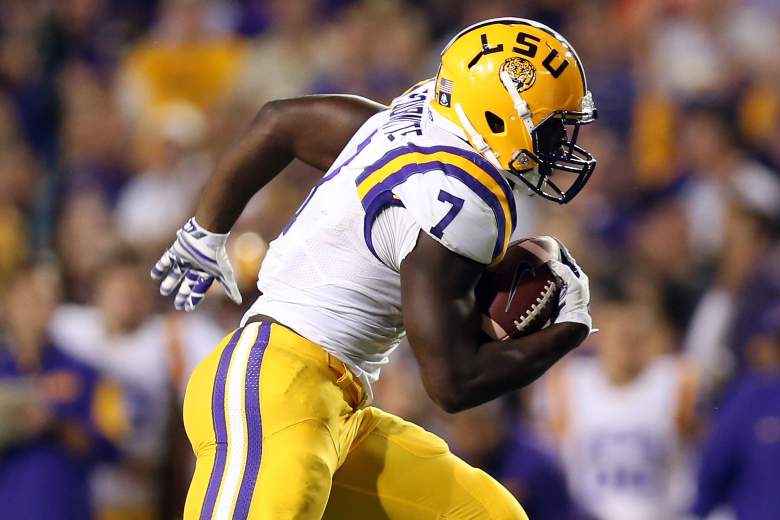 Early in the second quarter, Fournette had six carries for six yards. Alabama is the most difficult defense he has faced this season. Fournette was able to rush for over 180 yards against Florida’s stout defense earlier this season.

Derrick Henry Scored the First Touchdown of the Game

The Alabama offense was able to come up with big yardage on a drive against LSU early in the second quarter. It set up this Henry touchdown to give Alabama the 10-0 lead.

Travin Dural Answered Back for LSU

LSU responded to Alabama’s touchdown with one of their own. Brandon Harris found Travin Dural for a long touchdown pass. It made it 10-7 Alabama with 5:00 left in the second quarter.

Adam Griffith Made it 13-10 at Halftime

Brandon Harris Threw His First Interception of the Season

Brandon Harris throws his first interception of the season. He had tied the record for attempts without a pick at 137 straight. #LSU

On one of the first plays of the second half, Harris threw his first interception of the season. The turnover led to an Alabama touchdown.

Derrick Henry Found the Endzone for a Second Time

Derrick Henry with plunge into the end zone from one yard out! Touchdown, Alabama #RollTide #LSUvsBAMA pic.twitter.com/NX766E8d7S

Shortly after the interception, Alabama marched down the field. Henry punched in his second short yardage touchdown of the game to give Alabama the 20-10 lead.

Henry Made it Three Touchdowns

Henry scored his third touchdown of the game and it began to get out of hand. After only having a three point lead at halftime, Alabama had a dominant performance in the third quarter. They ran all over the LSU defense and the LSU offense was unable to move the ball.

Fournette struggled throughout the night. Early in the fourth quarter, Fournette scored his first touchdown of the game. 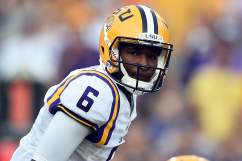