The Louisiana kid has continued to make his state proud as quarterback of the LSU Tigers. Harris has been a big part of LSU’s success in 2015. He has the ability to make the needed throws at quarterback while also being able to gain yardage with his legs.

His efficiency and play making abilities have marked his early collegiate career. Tigers fans hope there are many more successful years to come with Harris as the LSU quarterback.

Here is what you need to know about Brandon Harris:

1. He Is From Bossier City, Louisiana

Harris had plenty of opportunities to leave the state of Louisiana to play for top programs but decided to stay close to home. Harris talked to SB Nation about his decision to attend LSU:

I was talking to my brother about it. We went to Ohio State, we went to Alabama, we went to all these other schools. I went to LSU it was just a different vibe. When I went to all the other places, I didn’t feel that vibe. With offensive coordinator Cam Cameron’s ability to coach quarterbacks at a high level, I knew that’s where I wanted to be.”

2. Harris Is a Sophomore at LSU 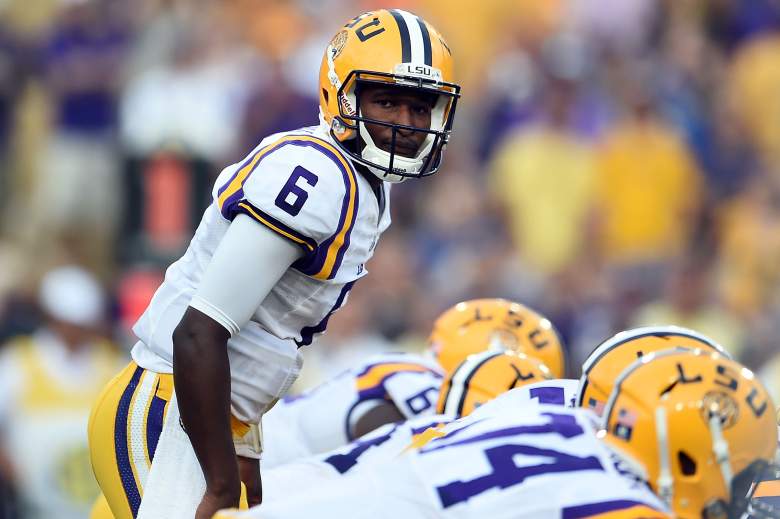 Brandon Harris is the starting quarterback at LSU. (Getty)

Anthony Jennings won the starting quarterback spot during Harris’s freshman year at LSU. Prior to the start of the 2015 season, head coach Les Miles named Harris the starter.

He spent his freshman season mostly as the backup quarterback. At times, Harris would enter the game to provide a change of pace at quarterback. According to LSU Athletics, he is majoring in psychology. Just entering his sophomore year, LSU fans can look forward to seeing Harris as their quarterback for years to come. 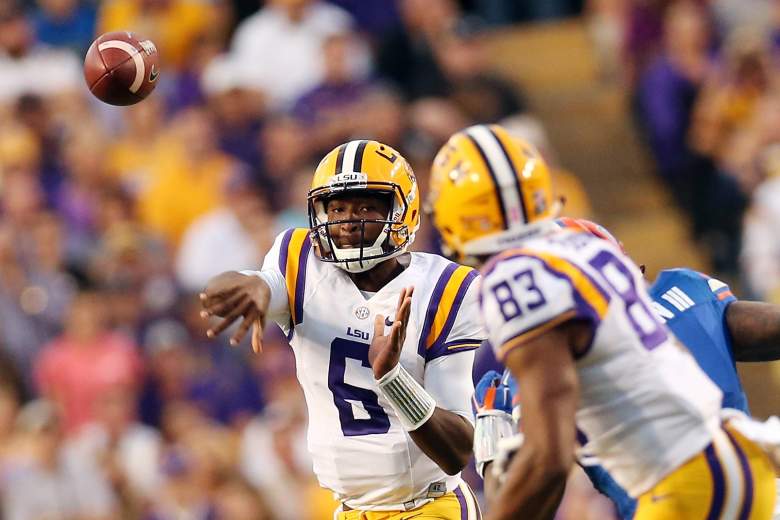 Brandon Harris is having a great season for LSU. (Getty)

George Whitfield works with the top quarterbacks in the country. According to The Advocate, Whitfield saw something in Harris during their time together:

There is a pilot light in his chest. You can see it from 100 yards away. He’s so self-motivated. He’s one of those kids. I’d liken it to Cam Newton. If Cam was a bank teller, he’d get employee of the month every single month. Brandon has that same mentality.”

Harris joined Michigan State quarterback Connor Cook and Ole Miss receiver Lequon Treadwell in California for a week long training session with Whitfield. The trio found themselves talking a lot about football and even drew up plays on the napkins at restaurants.

4. Harris Went Over a Year Without Throwing an Interception 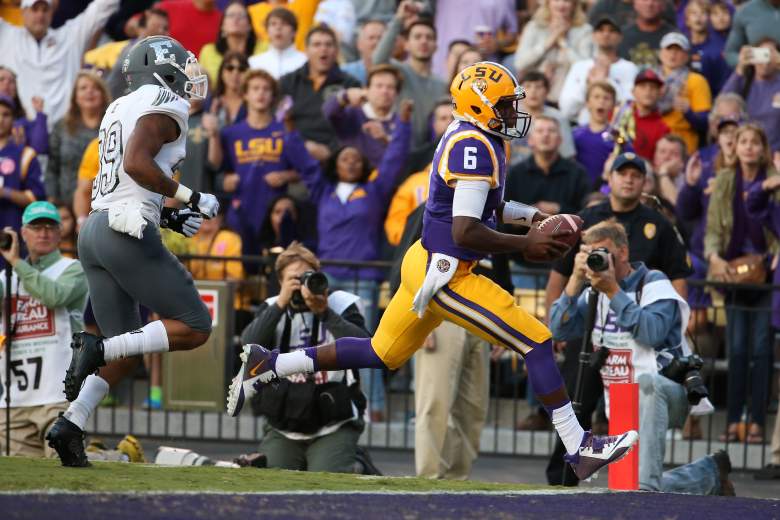 Harris’s playmaking ability is often discussed but it his propensity to not make mistakes that has allowed LSU to be successful. Seven games into the 2015 season, Harris had not thrown an interception.

According to The Advocate, heading into the Alabama game it had been 426 minutes and 18 seconds in terms of game play time since Harris last threw a pick. In calendar time, it had been 384 days since his last interception.

5. He Was a Four-Star Recruit 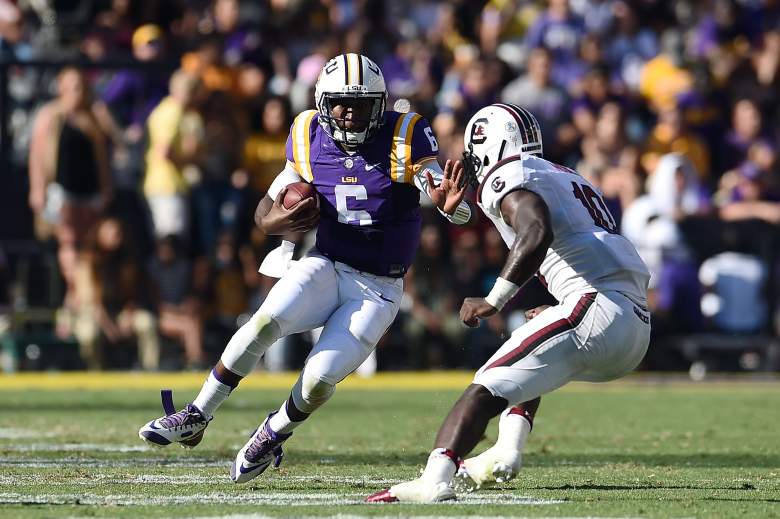 Brandon Harris has been part of the reason for LSU’s success. (Getty)

According to SB Nation, Harris final three list of schools he was considering as a high school recruit were Auburn, Ohio State and LSU. Harris was also recruited by a number of other football powerhouses around the country, including Alabama.

According to Yahoo Sports, he was considered a four-star dual-threat quarterback coming out of high school. At 6’3″ and 186 pounds, Harris possessed both the size and speed that football coaches dream about. His other offers included Baylor, Arkansas, UCLA and Texas A&M.