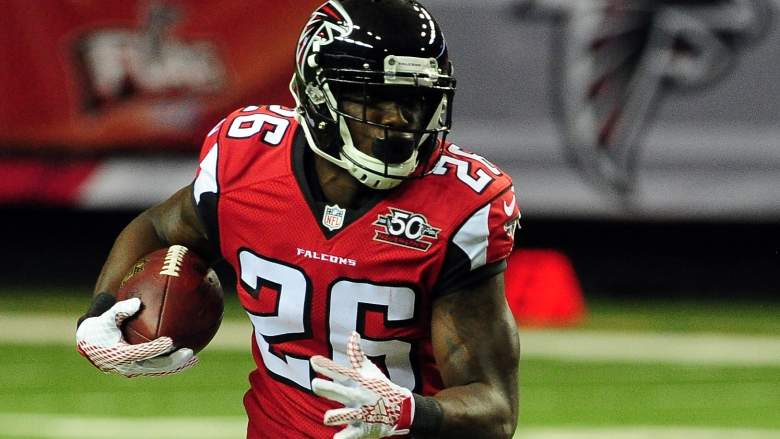 Less than an hour into the early Sunday games, and Tevin Coleman looks like a strong candidate for the top waiver-wire pickup of Week 12.

That’s because Devonta Freeman, who has been the league’s best surprise and most productive running back, left Sunday’s game after suffering a head injury, and just a few minutes later he was diagnosed with a concussion:

ALERT: RB Devonta Freeman has a concussion and is out for the game. #INDvsATL

Anecdotal only, but seems like hits to temple like Davonta Freeman seem to lead to more symptoms. Hope he's ok. https://t.co/UVHzHg979z

It’s still early, but Freeman’s status for Week 12 is obviously very much up in the air right now. Because of that, Coleman becomes a must-own player.

If you remember, the explosive rookie out of Indiana actually beat out Freeman for the starting job in training camp, and he looked good in Week 1, running for 80 yards on 20 carries. But an injury opened the door slightly ajar for Freeman, who busted it down with ferocity and moved Coleman into a full-time backup role.

Should he get a start, Coleman isn’t going to put up the jaw-dropping numbers that Freeman has been producing, but he’s a great bet for a big workload–next on the depth chart is Terron Ward–in an explosive offense. Against the Minnesota Vikings in Week 12, he would be a sure-fire RB2 with significant upside.

It’s important to note that Coleman may be a one- or two-week play rather than a long-term solution, but his ceiling makes him owning nonetheless. If there are no positive updates on Freeman by the time you need to put in a waiver claim, make sure to add Coleman wherever he’s available. 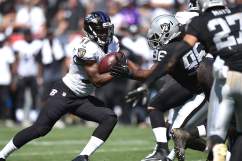