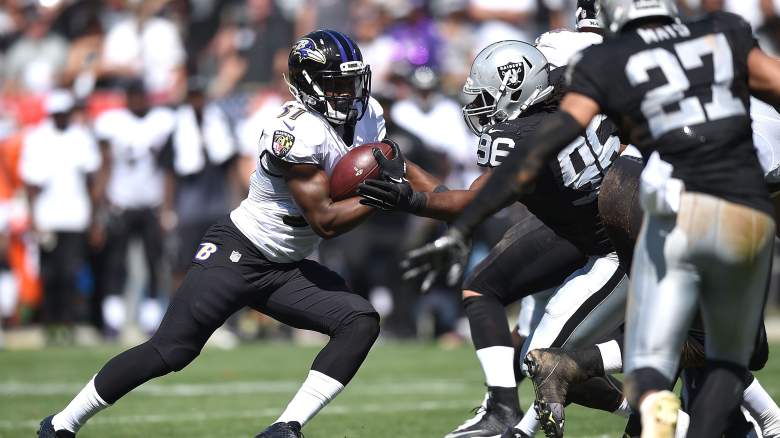 Injuries were the unfortunate theme early in Week 11, and Justin Forsett wasn’t able to escape.

The Baltimore Ravens veteran running back took a monstrous hit from St. Louis Rams defensive tackle Aaron Donald, and it was quickly announced that he had suffered a broken arm:

Justin Forsett has a broken right arm. He is out for the rest of the game.

Forsett’s season is now unfortunately done, and that opens up a role in the offense that was averaging 16.3 carries and 4.6 targets per game. And the man to fill that role is Javorius “Buck” Allen, a fourth-round rookie out of USC who has served as Forsett’s primary backup.

Allen has had his moments this season, averaging 4.3 yards per carry and catching eight passes on 13 targets. Some question his talent, as he can be plodding at times, but in fantasy football, volume can be just as important as talent.

Buck Allen is very polarizing but who GAS since he’s going to get touches now ROS. West and Langford were polarizing too.

When it comes down to it, the rookie should see be see a heavy workload for the rest of the season. No matter how you feel about his skill set, he should see about 15 touches per game, and that makes him a must-own player in all leagues.

Tevin Coleman, depending on Devonta Freeman’s status, may make more sense as a Week 12 stop-gap, but if you’re looking for a running back for the rest of the season, Allen is the choice as the week’s top waiver-wire add. 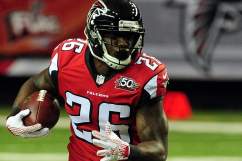