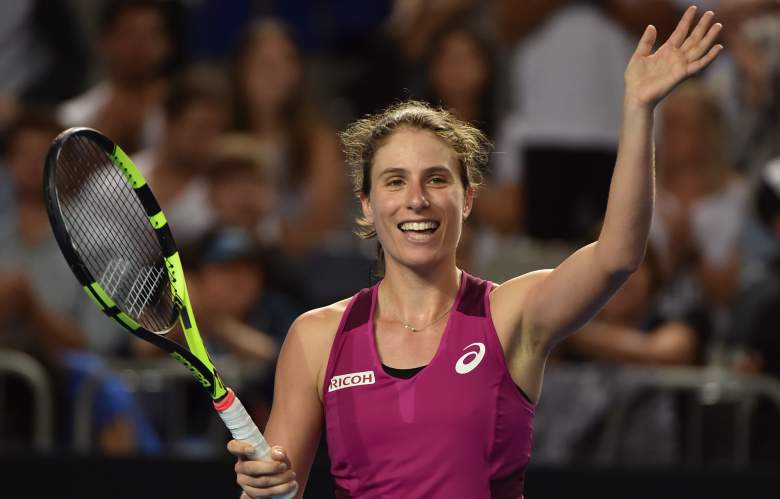 Johanna Konta, the No. 1 female British player in the world, has become the first British woman to reach a Grand Slam quarterfinal in over 30 years after defeating Ekaterina Makarova in the fourth-round of the 2016 Australian Open in Melbourne, Victoria, Australia. Konta reached the fourth round final major of 2015, the U.S. Open, but her performance in Melbourne has been even better.

Konta will square up against Chinese qualifier Zhang Shuai on Wednesday, January 27, shortly after 12:30 p.m. Australian time. Some are now suggesting that it is only a matter of time before the 24-year-old breaks into the upper echelon of female players. It has been a remarkable career turnaround for Konta.

Here’s everything you need to know about the 24-year-old budding star.

1. Konta Was Ranked 146th in the World 7 Months Ago Before Starting To Climb 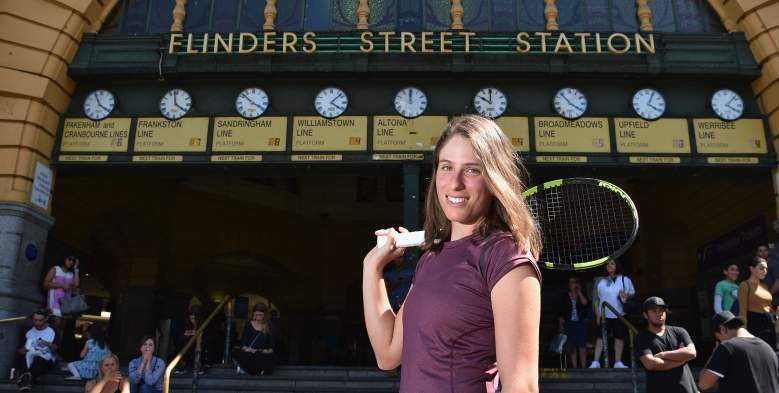 Konta beat top players Garbine Muguruza and Andrea Petkovic in the U.S. Open last fall, and followed that up by defeating world No. 2 Simona Halep at the Wuhan Open in China, before losing to Venus Williams in the quarterfinals. Now, she is basically guaranteed to climb into the top 40 for the first time after defeating Venus Williams and the former world No. 8 player Ekaterina Makarova on her route to the quarters at Melbourne.

Konta is surely growing in confidence now. She is looking forward to all the challenges that will come her way as she continues to get more exposure and climb up the women’s ranks.

“It’s an exciting one because of more players knowing more of who I am and seeing more of how I play. I had decent results at the end of the year. They will be coming up more against me. More me being the hunted rather than the hunter in some situations. I have no fear of that. No apprehension. I look forward to the challenge.”

2. Konta Has Defeated Some Big Names on Her Road To the Quarterfinals 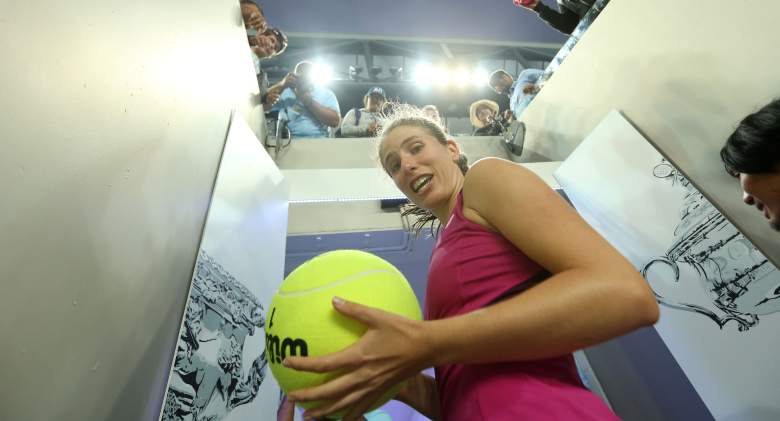 Konta has already having achieved an astonishing run to the Australian Open quarters. She upset Venue Williams in her first round match, (6-4, 6-2), looking commanding in a match that lasted only an hour and 19 minutes on day two at Melbourne Park. It was just the tournament’s first match for Konta, but it was also the sort of win that encouraged belief that she can go deep in the draw.

She followed that match with a win over another tough opponent in the fourth round, Russian Ekaterina Makarova (4-6, 6-4, 8-6). The match lasted three hours and four minutes, making it the second-longest match of the women’s draw so far, just 12 minutes behind Caroline Wozniacki’s upset loss in the first round to Yulia Putintseva. Konta now faces another relative unknown, Chinese qualifier Zhang Shuai in the Aussie quarters. 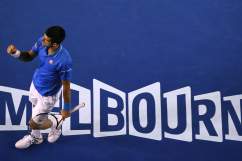 What Is the Time Difference Between Melbourne & U.S. Eastern Time Zone?

3. She Was Born in Sydney But Moved With Her Parents to England as a Teenager 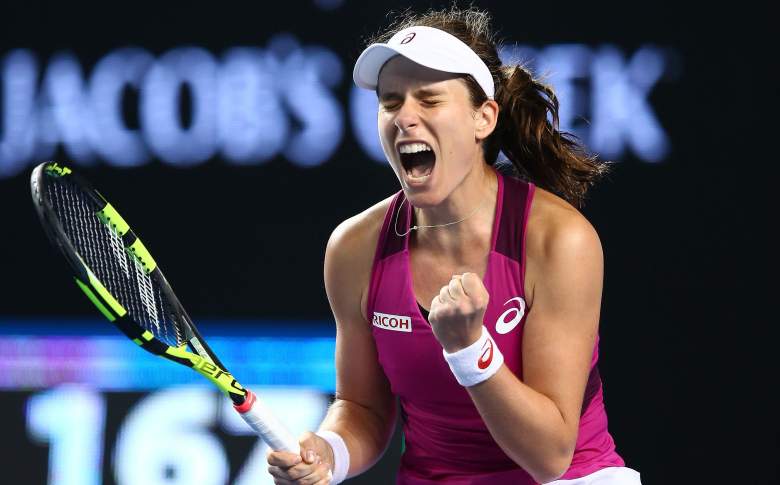 Konta was born in Sydney, Australia, to Hungarian parents, Gabor and Gabriella. The family moved to Eastbourne, East Sussex, United Kingdom, in 2005 when Konta was 14 years old. She became a UK citizen in 2012, and started representing Great Britain in tournaments. Now, Konta is the first British woman to play in a grand slam quarterfinal since Jo Durie reached the quarters of Wimbledon in 1984.

Konta actually continues to hear questions about why she may have chosen to represent the United Kingdom over her birth country. During the ongoing Australian Open tournament she answered:

“I wanted to live in Britain and I’m happy there,” she said earlier this week. “And while I’m not travelling around the world for my tennis, that’s where I’ll stay.” 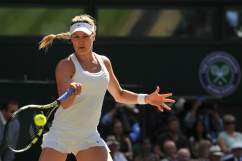 Who Is Eugenie Bouchard Dating?

4. Konta Is Believed To Be in a Relationship With Her Former Tennis Coach 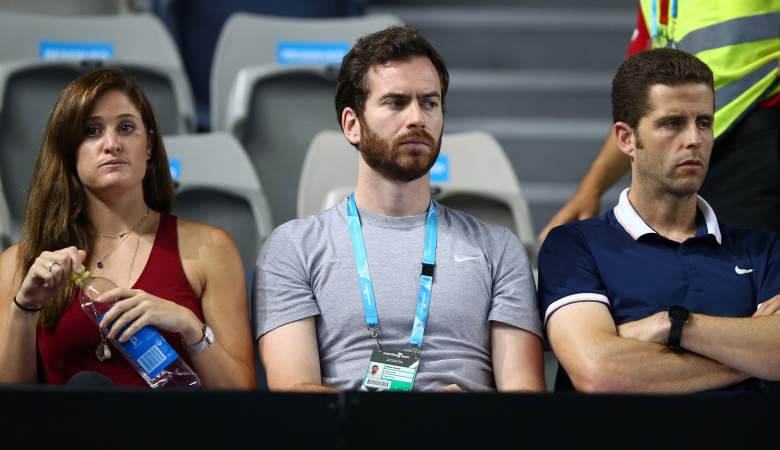 A 24-year-old athlete, questions about Konta’s love life are perfectly natural. Though she has at times played coy with the media as to her her boyfriend might be, Konta has admitted to having one. When the Australian media pressed her for an answer, she would only say, “I am not going to tell you his name. You can call him The Boyfriend.”

However, Konta is reportedly believed to be in a relationship with former tennis coach Kether Clouder. Clouder, 30, now serves as her hitting partner, and has been seen supporting her in Australia at the Open. He also works as a systems operator at Hawk-Eye Innovations, a tracking software company used as a broadcast tool to make decisions in sports. 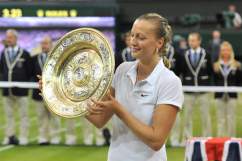 Who Is Petra Kvitova Dating? 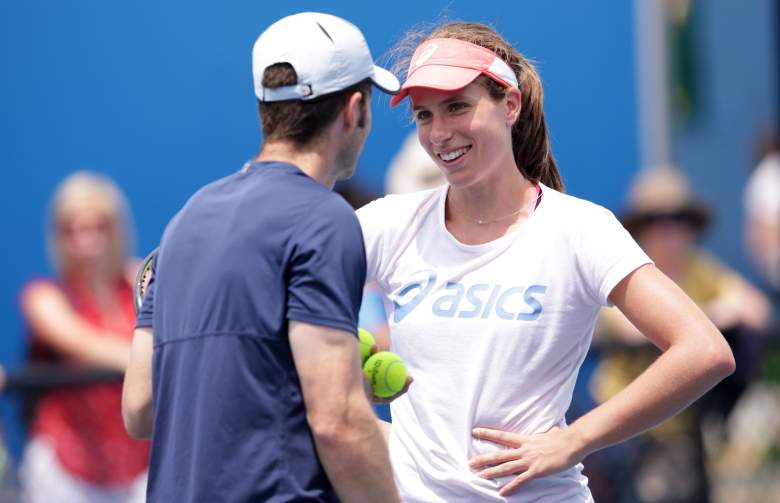 Konta’s professional tennis career has provided her a reported net worth of roughly $1.2 million. Her 11 ITF titles have earned her about $575,702 in prize money winnings. So what could Konta possibly spend all of that dough and earnings on?

For one, music. She is a self-proclaimed music lover, saying on her Twitter bio: “I play tennis during the day. Would love to go to concerts most nights.” Konta went to see Taylor Swift in Hyde Park prior to Wimbledon in 2015, and, in a display of truly broad musical interest, also likes Van Morrison. But her favorite band might be U2.

“If I had a house I would mortgage it to see U2. But I don’t have a house to mortgage. But one day I’d like to see them.” 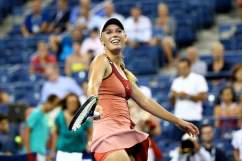 Who Is Caroline Wozniacki Dating?

Read More
Australian Open, Tennis
England national Johanna Konta has made a surprise run to the quarterfinals of the Australian Open. Find out all about her.