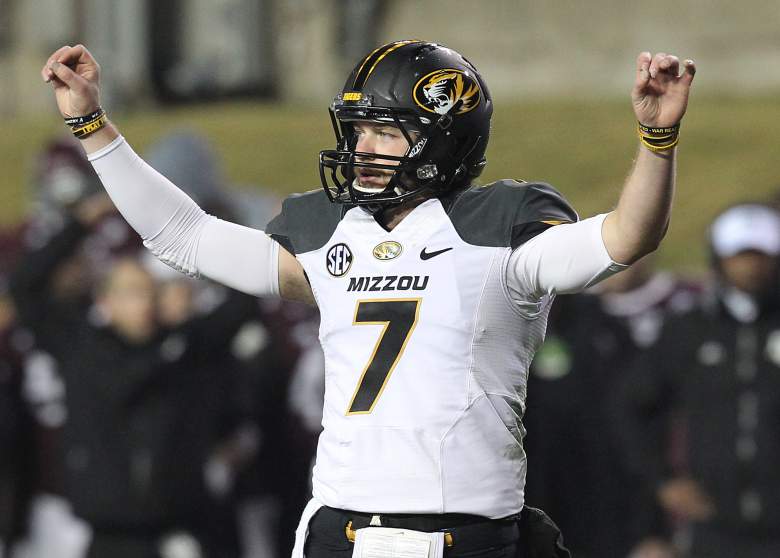 Missouri quarterback Maty Mauk has been suspended after a video of him allegedly snorting a white powder surfaced on the Internet. Late Monday night, a Twitter user with the handle @Ray56King posted a video of a man who looks like Mauk snorting a line of white powder off a table. You can watch the video below.

“We are currently gathering information regarding the video in question,” the statement read. “This is an issue we take very seriously and one that will not be tolerated within our program. We will take the appropriate actions once we have all the facts. In the interim, Maty Mauk has been indefinitely suspended for the Mizzou football program.”

Mauk was Missouri’s starting quarterback in 2014 and through the first four games of 2015, before he was suspended. In 2014, Mauk had a stellar season, converting for a 53.4 completion percentage, good for 2,648 total yards and 25 touchdowns as the Tigers went 11-3 and finished No. 14 overall in the AP Poll. In 2015 it was a down year for both Mauk and the Tigers, as the quarterback threw for just 654 total yards and six touchdowns in his limited duty and the Tigers finished 5-7 overall.

Read More
College Football, Football, University of Missouri
Missouri QB Maty Mauk has been suspended indefinitely after a video of alleged drug use surfaced on Twitter.