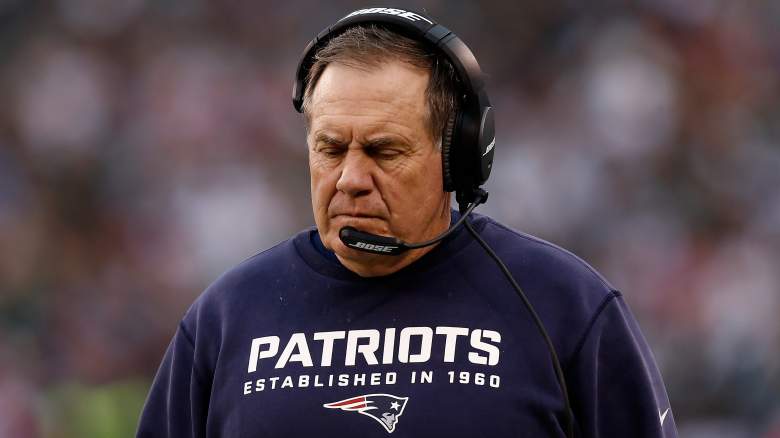 UPDATE: With the Broncos’ win on Sunday, the Patriots are now the No. 2 seed in the AFC. They’ll get a bye in the wild-card round, but no guaranteed home-field advantage throughout.

All the New England Patriots had to do to earn the No. 1 seed in the AFC was beat the Miami Dolphins, who have been a mess for much of the season.

And they couldn’t do it.

The Pats offense, still playing without Danny Amendola and Julian Edelman, was stuck in neutral for most of Week 17. They managed just 196 total yards of offense in a 20-10 loss to the ‘Phins, dropping to 12-4 with their second-consecutive defeat.

Bill Belichick’s squad still has a chance for the AFC top seed, but it’s not likely to happen. Here’s a look at where the Pats will sit depending on the Denver Broncos vs. San Diego Chargers game at 4:25 p.m. ET:

The Broncos, Patriots and Bengals would all finish 12-4, and because of tiebreakers, Denver would be the No. 1 seed and New England would be the No. 2 seed. So, the Pats would still get a first-round bye but would no longer be assured home-field advantage throughout the AFC playoffs.

The Patriots and Bengals would both finish 12-4. Because of a better record against common opponents, New England would escape with the No. 1 seed, Cincinnati would be No. 2 and the Chiefs (if they beat the Oakland Raiders) would vault to No. 3 as the AFC West champs. Denver would fall all the way to No. 5 and have to play on the road.

So yeah, there’s a little bit riding on Denver vs. San Diego.